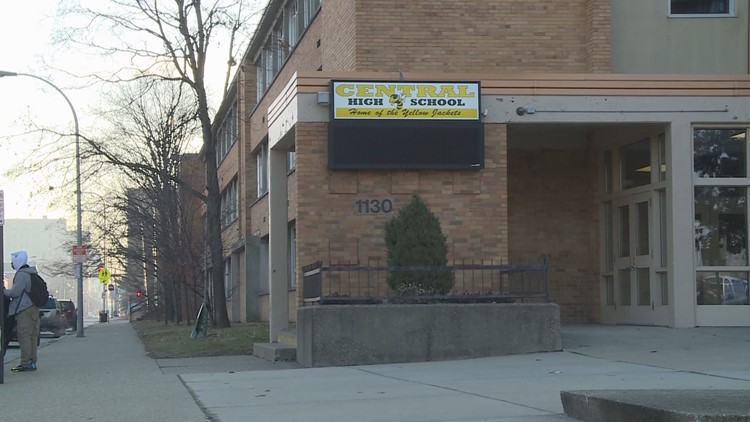 Lawsuit claims Central football coach harassed former player, made him walk half a mile in underwear

LOUISVILLE, Ky. (WHAS11) — A Central High School student is suing football coach Marvin Dantzler, alleging Dantzler forced him to walk half a mile in his underwear and orally bullied and harassed players during the 2018 season.

The Yellow Jackets, led by Coach Dantzler, won the 2018 3A State Championship in November.

The lawsuit filed by an unnamed student-athlete said Dantzler would use "negative coaching tactics," shaming players and making threats like: "You better do this or I will send your (expletive) (expletive) back to Valley."

After the student and his father met with Dantzler twice to discuss his coaching style, the lawsuit said Dantzler humiliated the student in front of the entire team.

"Do not have your parents call me at night for anything," Dantzler told the team after practice, referring to a call the student's father made to Dantzler.

The student claimed Dantzler later kicked him off the team during practice, forcing him to walk at least a half mile in only his undershirt and underwear from Central's football stadium back to Central High School, escorted by two female student-trainers.

"Take my (expletive) off, call your parents, and tell them to come and get you and take your (expletive) home," Dantzler told the student, the lawsuit claims.

The lawsuit also claims the student's father then had meetings with Central's principal and athletic director. According to the lawsuit, Principal Raymond Green told the father, "I am going to read your letter, but I am going to support my coaches and back my coaches, unless they do something that is [outside board standards and rules]."

When the student's father then asked the coach to allow his son back on the team, Dantzler said, "I am the head coach and I do not want him on the team."

Athletic Director Ryan Bringhurst is also quoted as telling the student, "Because of the professional careers of both of your parents and how you dress, you are the type of kid that fits in better at a school like Trinity."

The student is asking for compensatory damages for pain and suffering, embarrassment, humiliation and medical expenses.