The building, built in 1860, was originally a headquarters for the bourbon distillers Weller & Sons Company. 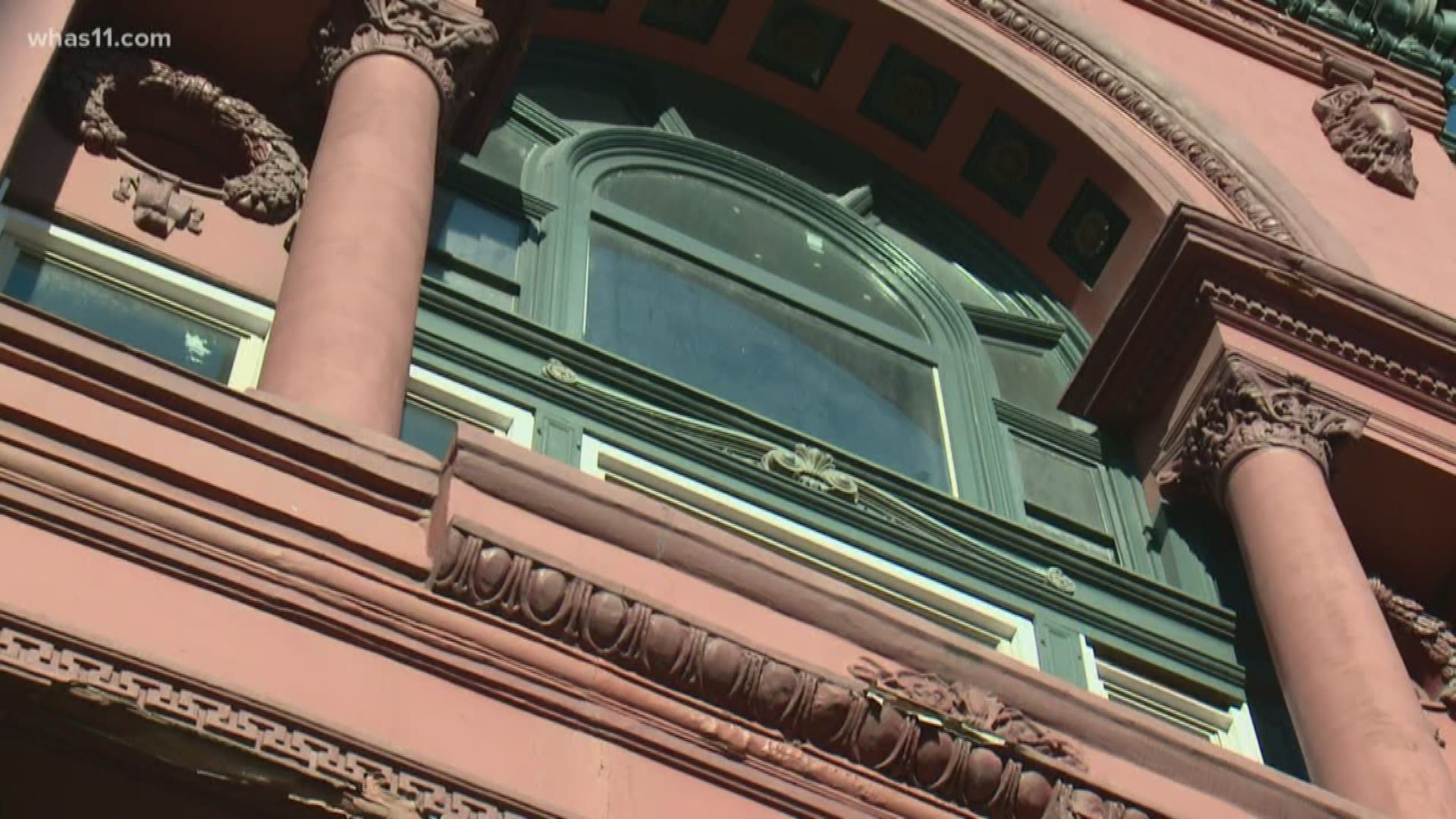 LOUISVILLE, Ky. — It stands out on Main St. with it's pinkish color, sitting empty and for sale for years on Whiskey Row as the other surrounding historic buildings were purchased.

All along Rick Keuber, the co-founder of Sun Tan City, kept a close eye on it.

"I was shocked that other bourbon companies or manufacturers didn't jump on this opportunity; quite surprised," Keuber said.

Especially since this building, built in 1860, was the original headquarters for one of today's most famous names in hard-to-get bourbon, the Weller and Sons company and there's one other twist.

The biggest part of the history of this building is its least known: Imagine the scene in downtown Louisville in this building in 1893 when a young man right out of college walking through these doors for his first job.

"That's where his career started a kid out of school, it's fantastic to have that legacy in the building and one of the reasons I purchased the building," Keuber said.

This is the same building were famed bourbon titan, Julian "Pappy" Van Winkle Sr., got his start. The Pappy Van Winkle brand has gone to become one of the most revered bourbon brands in all the world.

"Just to see this place for one thing, I've never been in here," Julian Van Winkle III said.

We invited Van Winkle and his son, Preston, to see the historical building with us.

With six floors, including a basement with a shocking history, Keuber plans to put Sun Tan City's corporate offices on the top floors, two restaurants and bars on the lower floors. However, the question remains, why buy now?

"The finalization of the hotels and the plans for Whiskey Alley that brought a great new value to the Washington St. level," said Keuber. "It really was the last chance to own a piece of the most iconic block in the city."