Now a “No Camping at Any Time” sign sits in front of the clearing, warning others that next time, there will not be a 21-day notice. 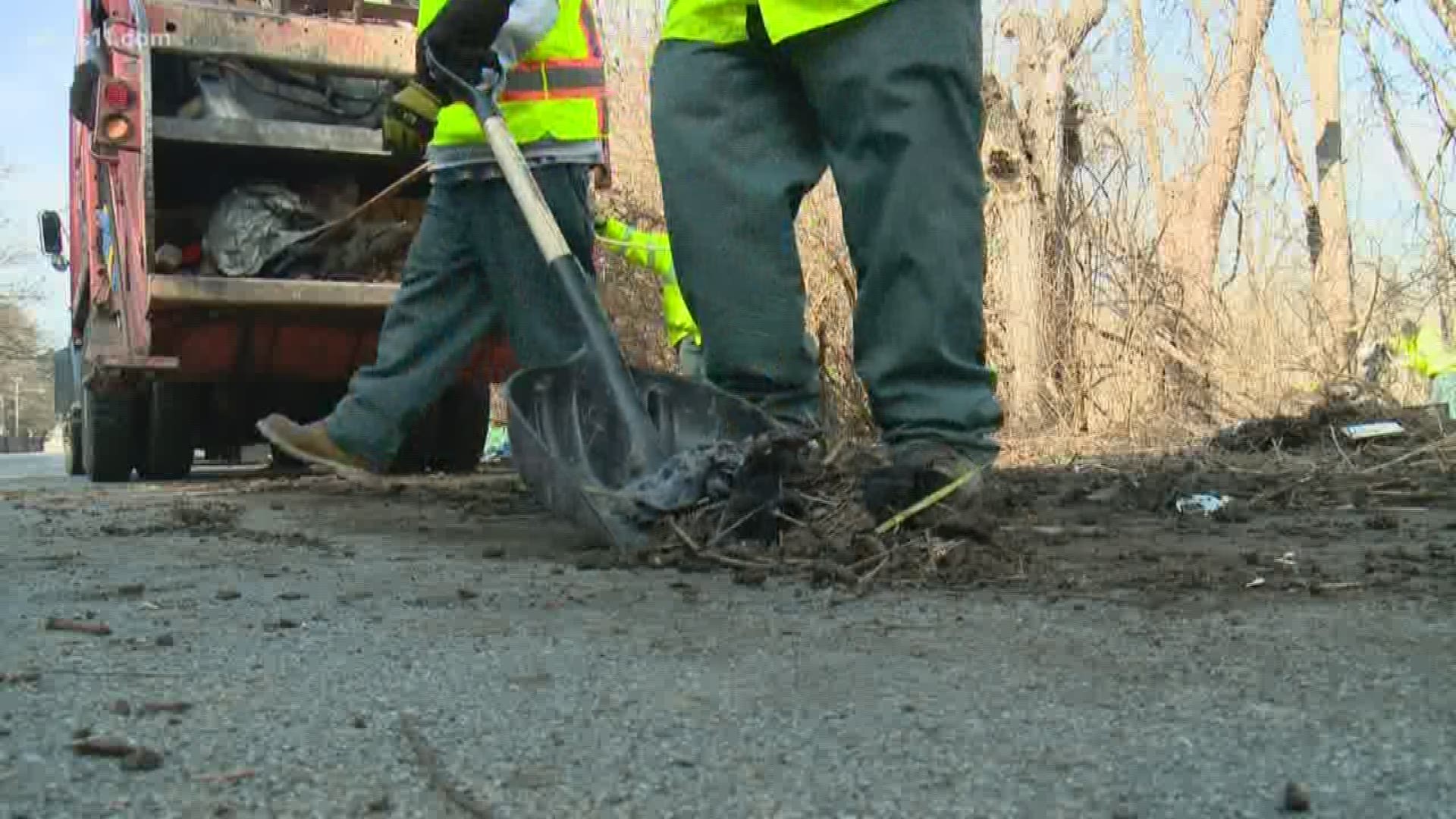 LOUISVILLE, Ky. — City crews continued their efforts to clear homeless camps on Monday as bulldozers took to one beyond the woods along Lexington Road.

The homeless living there were given 21 days to gather their things and get out.

Now a “No Camping at Any Time” sign sits in front of the clearing, warning others that next time, there will not be a 21-day notice.

“Now they're just hiding out somewhere else,” Kyle Edgell said.

Edgell never lived at the camp on Lexington Road, but has been homeless on and off for three years, and knows the struggle settling down on the streets.

“It’s difficult at times,” he said. “Not really much you can do. Try to grab what you can.”

“People are getting uplifted so often now, they're hiding in more and more dangerous spots,” said Wendy Manganaro, who works homeless outreach with Fed With Faith. “Campers are like, ‘don't tell anyone where we camp, we don't want anyone else’ because we don't want the trash.”

Manganaro said she’s noticed people going back to camps that haven’t existed in six years and believes it’s likely some may go back to Lexington Road, too.

RELATED: Homelessness forum to be held in Southern Indiana

“It's always possible that people go back to where they know,” she said. “Another thing that happens is those who are homeless and go into a shelter system for a couple months, they get out, they don't know it's been cleared, and they go back to those spots because those are the spots they know.”

Wendy talked about “an abundance of homeless and not an abundance of shelters,” but said even more than shelters, the city needs “permanent low-income housing with case management.”

As Edgell wonders ‘where next,’ he hopes those with a home will hold onto it.

“I just want them to appreciate what they have, cause not everyone has a warm place to stay.”

To file a complaint on a homeless camp, people can dial 311.

“These are human beings,” she explained. “If they’re hiding, and not setting fires and stuff, and doing nothing but using blankets to keep warm, you’re really hurting them. We will get them to the community agencies faster, than to get them arrested for trespassing.”