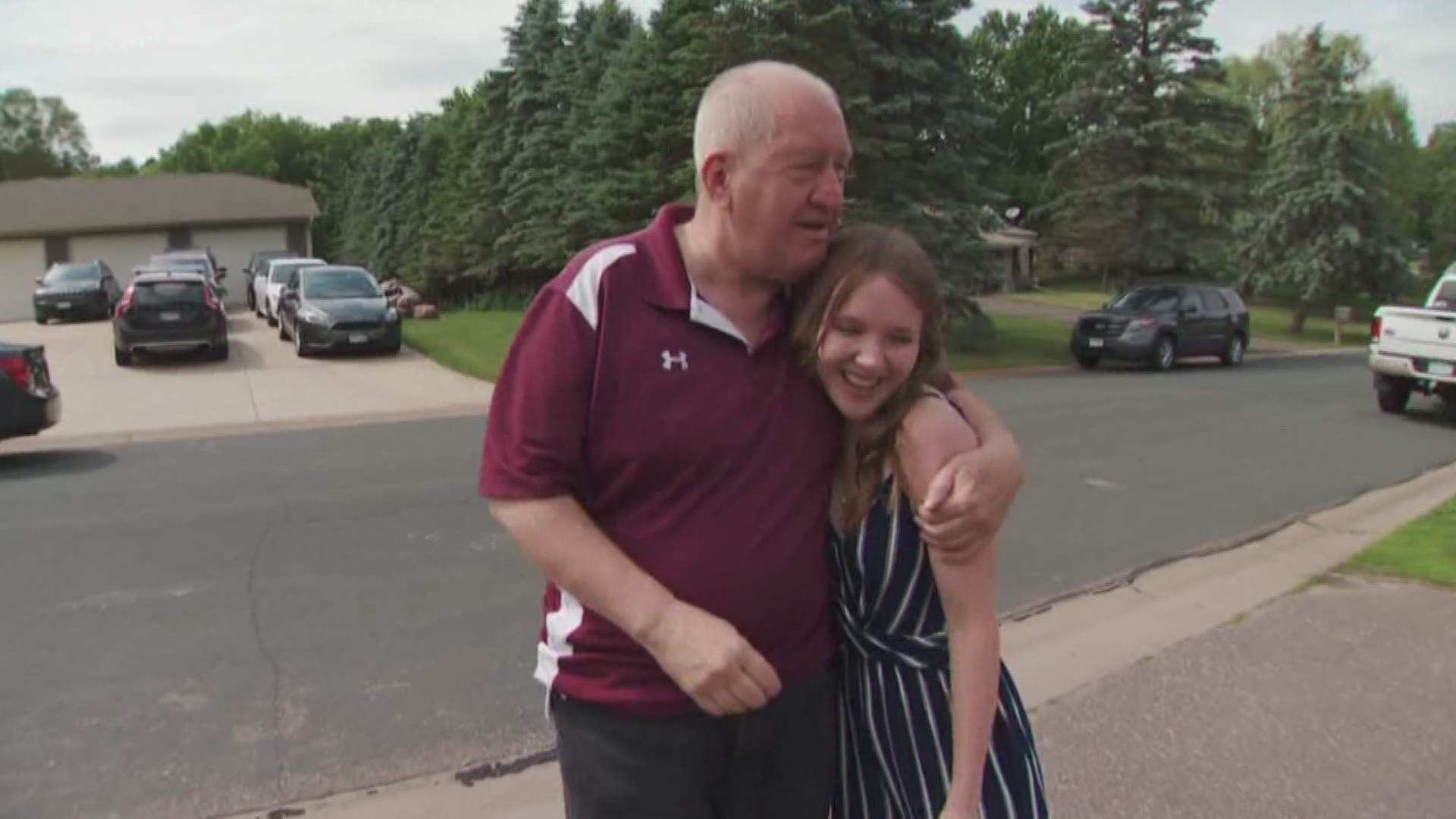 ANOKA, Minn. — Jeff Nelson could go the entire month of June without a trip to the grocery store.  Why bother, with an endless supply of walking tacos and Jimmy Johns sandwiches.

It’s one of the benefits of attending more than 1500 high school graduation parties.

“It’s my favorite time of year,” Nelson said on a recent Saturday with 20 grad parties to attend.

It wasn’t even close to his busiest day.

This year, Nelson topped 1500 parties since he started keeping track 16 years ago.

Such is the life of Anoka High School’s “Superfan.”

“Do you even have a grad party if he’s not there, is it officially a grad party? I don’t think so,” Abby Johnson, a 2019 Anoka graduate, said.

That hundreds of Anoka students have invited Nelson to their parties, speaks to the relationships the 1976 Anoka graduate has cultivated.

Students know Nelson, because it’s rare for him to miss one of their school activities.

“Softball, baseball, boys and girls lacrosse, tennis, track,” Nelson said, listing the home games he attends, having not even made it past the spring sports.

Nelson is also a fixture at school plays and concerts – and a volunteer at Key Club meetings.

“It’s like a full-time job, times eight,” 2019 Anoka graduate Alexa Sullivan said. “I think he must have a couple clones at least.”

When Nelson left Anoka High School 43 years ago, he wasn't done.  He just graduated to cheerleader for every student to come.

“It’s more than just him being at the events, he really cares about the students,” Megan Merschman said.

Merschman’s graduation party was the 1000th Nelson attended.  He presented her with a statuette to mark the occasion.

Parents Brian and Judy Heichert welcomed Nelson to their home for a third party as Sophie, the last of their three daughters, graduated.

Credit: Boyd Huppert, KARE
Brian and Judy Heichert have welcomed Jeff Nelson to all three of their daughters' graduation parties

Brian Heichert noted that some parents rarely attend their kids’ games, but Nelson can always be counted on.  “So that kid looks out there and sees an adult face, that they know and recognize, and that’s cool,” Heichert said.

Jeff Nelson lives to be a party to the success of Anoka’s students.