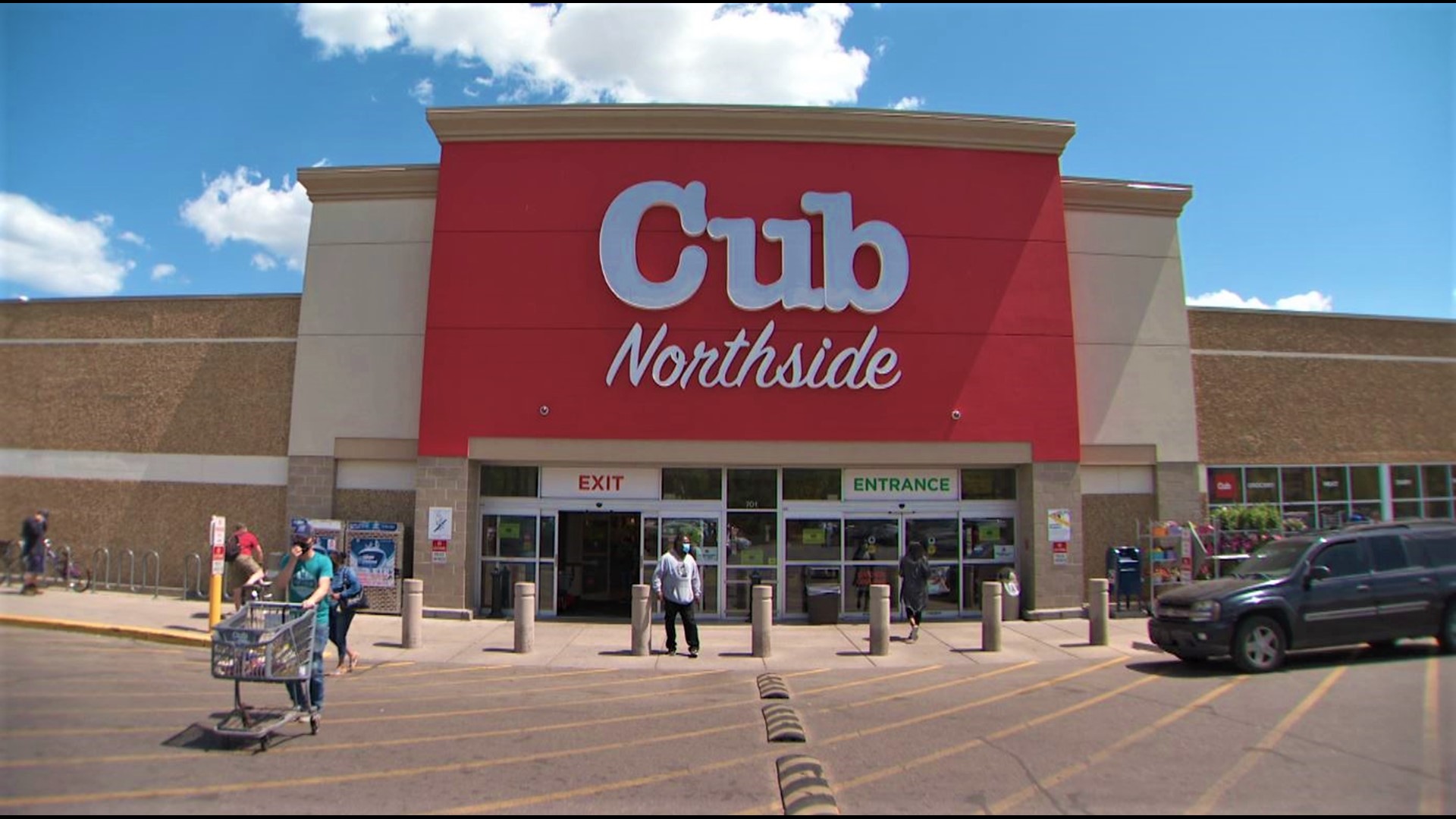 MINNEAPOLIS — At its low point, the Cub grocery store on Broadway Avenue in Minneapolis was a wreck.

Looters had cleared the shelves.

Smoke hung in the air from arson fires.

Trash and sprinkler water sopped up the floors.

Yet, during one of the worst moments of his professional career, Cub CEO Mike Stigers was having a Déjà vu moment.

In 1992, Stigers worked for another grocery chain.

“I was district manager in Los Angeles when the Rodney King civil unrest took place,” the CEO says.

Now, nearly 30 years after the LA riots and a year past the repeat in Minneapolis, Stigers stands in a gleaming re-opened Cub store, determined to create a new model for an urban seller of groceries.

“I think everyone just gets very busy doing what they do,” Stigers says of the old way of doing business. “You think things are okay and you realize it’s not okay.”

So, Stigers started listening to the community.

The most revolutionary among them, is a new approach to loss management - what most people know as shoplifting.

During the past year, Stigers has formed both a friendship and a business relationship with Trahern Pollard, the founder and CEO of the community group We Push for Peace.

When someone is suspected of shoplifting, We Push for Peace deals with the matter – not the police.

“In the past, you know, you had grocery stores calling the police because somebody was stealing a bag of potato chips,” Pollard says. “That’s not necessary.”

Instead, Pollard’s employees try to get to the root of the theft. Was the would-be thief hungry? If so, We Push for Peace will help with resources – or just buy the person a meal.

Cub’s charity is not without limits.

Pollard said his employees make sure the accused person understands “that is not going to be tolerated at this location, period.”

Police are still summoned when needed, but Stigers says most of the time that call is unnecessary.

Stigers said crime and police calls to the store are both down since the loss prevention shift was made last August. Perhaps most telling, Cub has expanded the partnership with We Push for Peace to its Uptown, Minnehaha, Midway and Phalen locations in Minneapolis and St. Paul.

“I think this model can be utilized across the country,” Pollard says.

Stigers also drew upon the expertise of Lisa Clemons and Donna Anderson of the non-profit A Mother’s Love.

“They didn’t make any decision, including the name on the building, without community buy-in and us making those suggestions,” Anderson says.

Stigers asked a gathering of community leaders about incorporating Broadway Avenue into the name. “And they all looked at each other, they said, ‘Mike we’re the Northside.' So, it’s like, ‘Alright, Cub Northside it is,’” Stigers says.

Clemons and Anderson also convinced Stigers of the need for space for things like after school tutoring, job training, moms’ programs and get-togethers for the elderly.

So, Cub carved out an in-store community room, then commissioned Northside artist Sean Phillips to paint its walls with murals.

“I’m 58 years old and I’ve never experienced a business, let alone a grocery store, be that invested in a community,” Anderson says.

Clemons nodded in agreement, saying, “They kept every promise.”

Stiger’s first promise was keeping the store open. Prior to the looting, the Northside Cub was owned by Jerry’s Enterprises, the same franchisee that owned the heavily damaged Lake Street Cub store.

Jerry’s kept and rebuilt the Lake Street store but Cub corporate took over operation of the Northside property.

“There was never a thought that we would abandon the neighborhoods,” Stigers says.

In the days after the looting, Cub opened its parking lot to community groups that provided food. Then, Cub provided a coach bus to offer free rides to another of its stores.

Behind the scenes, Cub has also carved out space for a food shelf distribution center.

The emphasis on community has not been lost on shoppers.

As she unloaded her cart, Diane Upton cited both the remodel and the We Push for Peace representatives who greet her at the door.

“They did a good job and they need to keep it going,” she said.

Stigers says there’s no turning back, convinced the new model not only makes the community stronger, but makes business sense.

The store has come a long way since the CEO surveyed the destruction a year ago.

“It’s time for all of us to really just look at what happened and say, ‘Okay, what have we learned from this and how do we improve from this?’” Stigers said. “So that this doesn’t happen again.’”