Louisville Standing Up for Racial Justice is demanding action from the homeowner's association after a woman allegedly painted a racial slur on a driveway. 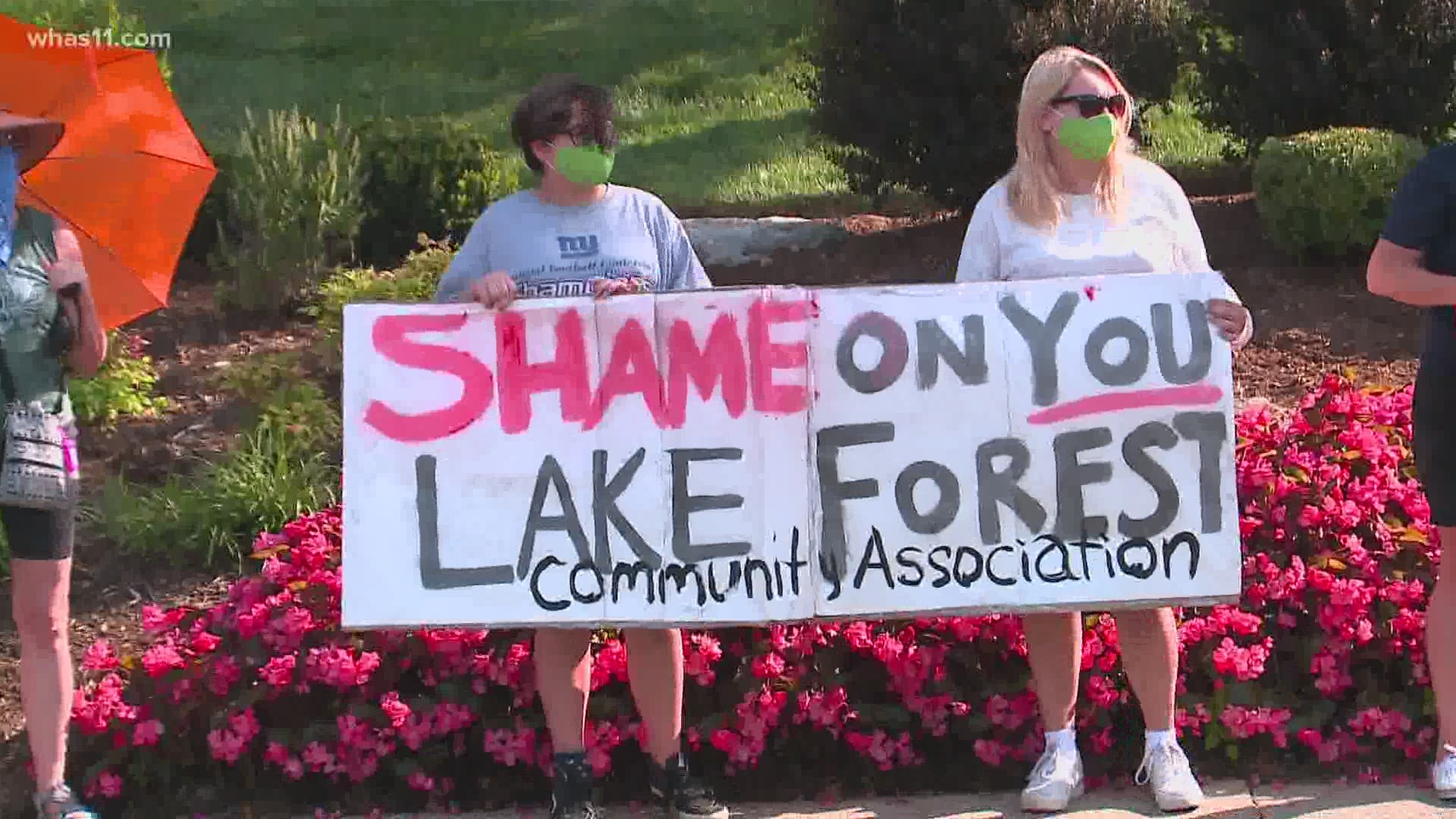 LOUISVILLE, Ky. — The woman accused of painting a racial slur on the Pineda family's driveway in the Lake Forest neighborhood, Suzanne Craft, was arrested after she failed to appear in court on a criminal summons, according to police. She was placed on house arrest.

Craft's arrest happened the same day a group of people, led by Louisville Standing Up for Racial Justice (SURJ), marched through the neighborhood demanding justice from the Lake Forest Community Association.

Michela Pineda, her partner Connie and their children have lived in the home on Edgeforest Place for a little over a year, one met with racism and harassment, according to their attorney, Vanessa Cantley.

"The woman herself used racial slurs, came up behind the nine year old girl on her bicycle and told her to get out of the way or she'd run her over," Cantley told WHAS 11 on June 15. Those claims are also listed in a lawsuit filed by Cantley, suing Craft and the Lake Forest Community Association.

In June, Craft was caught on surveillance cameras walking from what's believed to be her home, and is accused of spray painting a racial slur and a swastika three separate times.

Pineda said it's left a negative mark on her children.

"Since really the second incident, they stopped coming outside," she explained.

Her attorney explained that Craft has not been charged with a hate crime, and said it's because Kentucky statute gives only a judge that power.

"This is essentially a toothless bill is what it's been called," Cantley explained.

In the lawsuit, Cantley argues the Lake Forest Community Association failed "to take prompt action to correct and end the harassment," causing property damage, as well as emotional damage.

"The Association takes this intolerable act very seriously, and is currently reviewing the matter with its Board of Directors and legal counsel," the association said in its statement on Facebook late June.

SURJ said that is not enough, and they are demanding more in a letter to the association.

"If somebody came and spray painted your driveway, you would be very upset and you would want your HOA to do something that goes beyond just lip service," said SURJ member, Massod Gharachannani.

As long as Craft is next door, the Pineda family said they may never feel safe.

"Unless she goes to jail, I don't think we'll feel comfortable. We're scared now, we don't know what she's going to do," said Connie Pineda.

Craft's next court appearance is schedule for July 27.