Potholes have been a major problem across Kentuckiana. 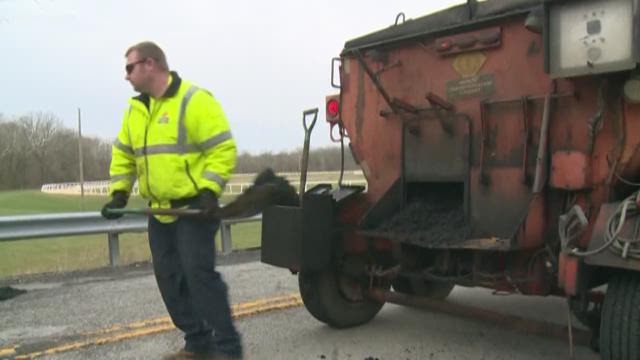 “All of the flooding has exasperated the pothole situation. Any pavement that was already loose, you get that water in there and it just works on the pothole makes it larger,” Clifford said. “We’ve had so much rain and if we get another freeze this week that’s going to make things even worse.”

KYTC says crews will be working around the clock to repair roads and urges drivers to slow down and pay attention as they approach work zones.

“Don't be distracted by texting or talking on your phone because this is someone's life that's out there. They're trying to make the roadway better and safer for you so please stay alert as you're going through the work zones,” Clifford said.

You can report a pothole to KYTC by calling 1-800-PATCH-IT. Potholes in the Louisville Metro, that are not on the interstate, should be reported by calling MetroCall 311.