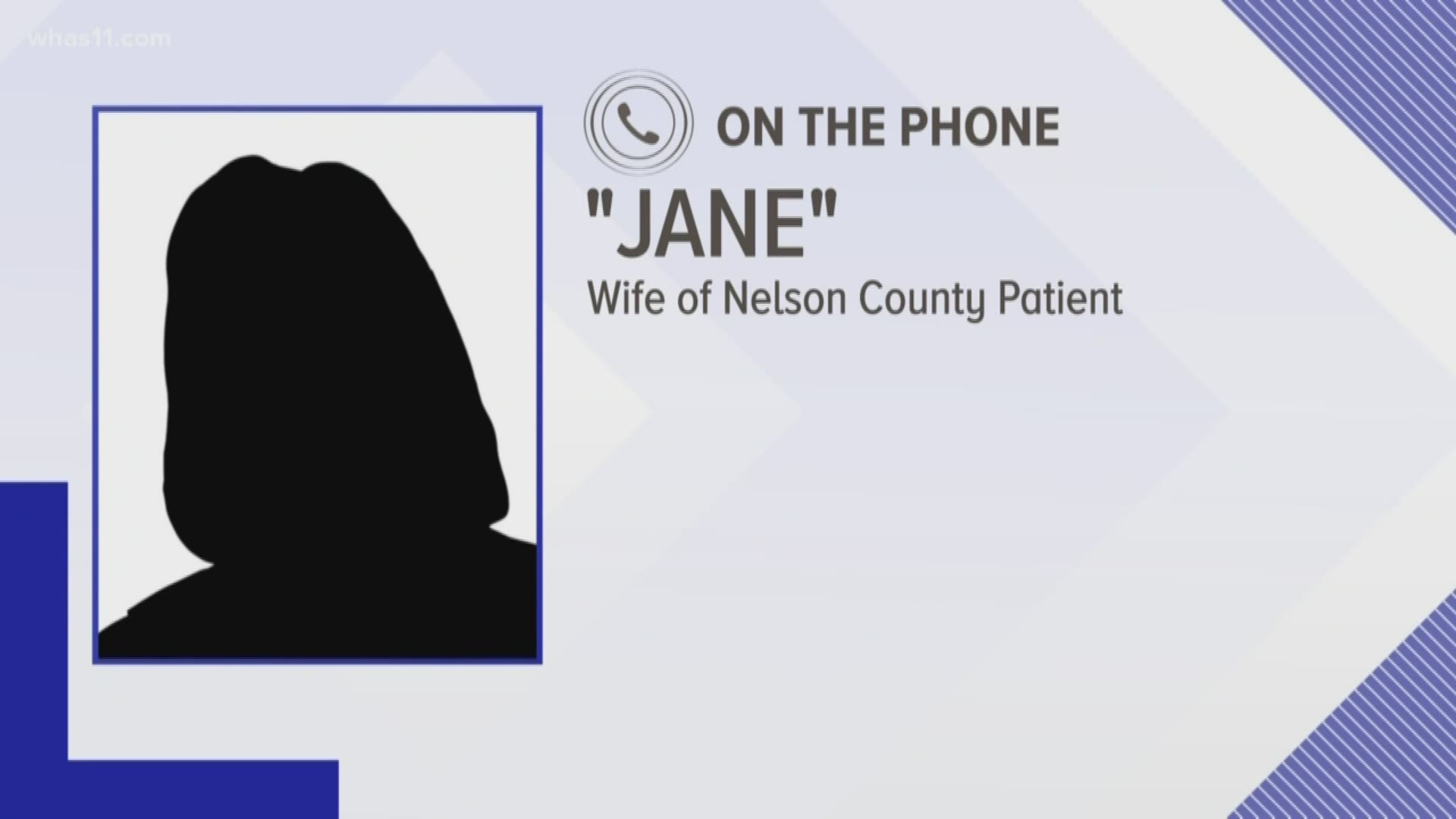 FRANKFORT, Ky. — The wife of the Nelson County COVID-19 patient insists that state officials have it all wrong and they’re frustrated by the response placing guards at their home to enforce the quarantine.

Kentucky Governor Andy Beshear insists that the state took a drastic step because it had no choice and that they'll do so again if they have to.

“This is a really irresponsible decision,” Governor Beshear said of the situation that arose Saturday involving a coronavirus patient in Nelson County.

Sunday, the governor doubled-down on his Saturday critique of a 53 year old Nelson County man whose wife sent us a picture of his recent stay at University of Louisville Hospital. She wants us to call her "Jane" because, she says, since Saturday things have gone from bad to worse.

Jane claims that her husband was taken from ICU and put into a regular room before being released. She questions why they would do that if he indeed had COVID-19.

When asked whether she thinks he has the virus, Jane answered, “No. I would swear on my children’s lives that he doesn’t.”

We asked Governor Beshear about the case during his Sunday afternoon update.

A 10:30 Friday night phone call from someone claiming to be the health department was confusing, Jane told us. By Saturday afternoon the county had an order requiring isolation and a deputy posted outside.

We asked whether she was told to stay in the house. She answered, “They asked us to and I was like, why? We haven't done anything wrong. He's not positive. I know this and that's when I was trying to access his medical records.”

Jane says she's now frozen from looking at his medical records and the family has hired an attorney.

Indiana University goes virtual for the remainder of the semester; spring break extended

Mayor Fischer, other city leaders on self-quarantine after coming in contact with positive coronavirus case

This coronavirus map shows all reported cases in the world