Body camera footage from two LMPD officers shows the moments leading up to the shooting on May 30. 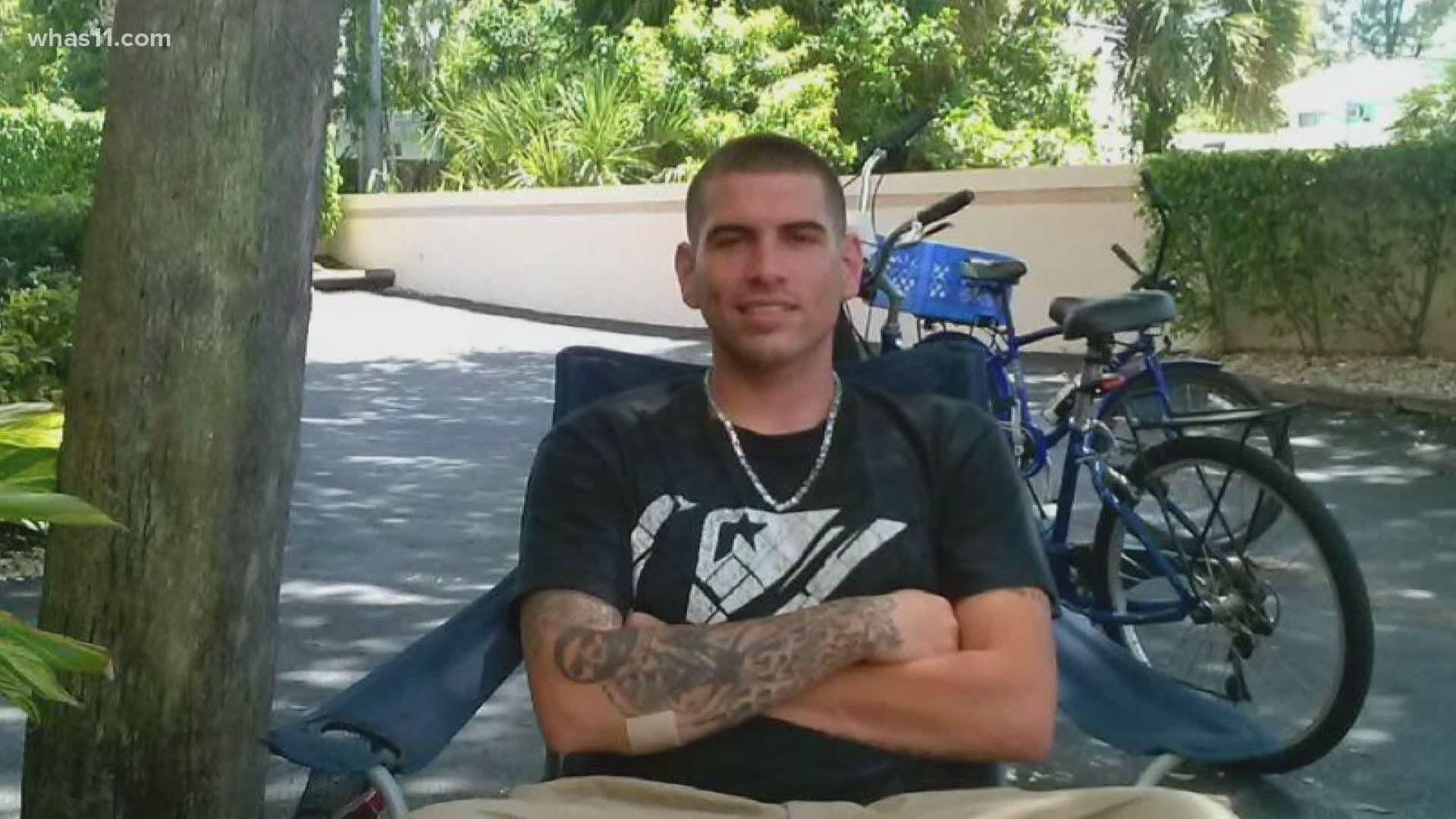 According to LMPD, officers responded to reports of a stolen vehicle near Georgetown Circle and Berry Boulevard in the Jacobs neighborhood on May 30.

When officers approached the vehicle, two occupants attempted to run from the scene. Police say one of the men, 32-year-old Ryan Bernal, pulled out a gun when officers pursued him.

“Based on body cam footage captured from Officer Brenton Woodford’s body cam, the suspect brandishes a firearm and places it to the area of his neck and face while backing away from officers," KSP Sgt. Billy Gregory said.

Gregory said Bernal had a gun out and placed it near his "neck and face" as he moves backwards away from officers. The LMPD body camera video shows Bernal holding something in his right hand while officers shout "drop it."

"Officers give repeated, loud, verbal instructions to Bernal to drop his weapon," Gregory said. "Bernal disregards the instruction and raises the weapon and points it at officers."

Officers secured Bernal and rendered aid until EMS arrived. Bernal was taken to University of Louisville Hospital where he later died.

Woodford and Barret were placed on administrative leave during the investigation, per LMPD policy.

The LMPD body cam video from both officers can be viewed below. The video contains graphic images that may not be suitable for some. Viewer discretion is advised.

"It hurt my heart for him," Brittany Rowland said Tuesday.

Brittany Rowland, the mother of Bernal's daughter, said she and his family are left with more questions than answers after seeing the video.

"I wish I didn't have to watch it but that was something I needed to see for myself to try to get clarity and unfortunately it didn't clarify anything for me," she said.

Rowland said in the video, she saw Bernal's arm pointed straight up with the gun, not at officers and believes he could have been surrendering or pointing the gun at himself.

"I think they over-reacted too quickly," she said. "He had the gun pointed at himself and was backing away, why not try to deescalate the situation?"

Calling it an "execution-style" killing, Rowland said she believes the shooting wasn't justified. She said she also believes there should be consequences for the officers involved.

“I understand police officers have a right to defend themselves, I’m not saying they should allow anyone to point a gun at them,” she said. “It’s awful and I still can’t wrap my mind around it completely.”

Rowland said Bernal had a criminal past, but was a good guy who would never intentionally try to hurt someone.

"He had a big heart. He liked to make people laugh. He was kind of like the life of a party," Rowland said. "He has a daughter who's life he's going to miss out on…He's never going to be able to hug his parents again and it's just a terrible tragedy."

Lacking clarity and closure, Rowland said justice for the family would be more evidence, as they also await the results of Bernal's autopsy.

Rowland is also urging any witnesses to come forward to police so the family can learn more answers about what happened.