Jeffersontown Police Chief Sam Rogers said the shooting happened at 3 p.m. when a man entered the store and fired multiple rounds at a male victim and then left store. 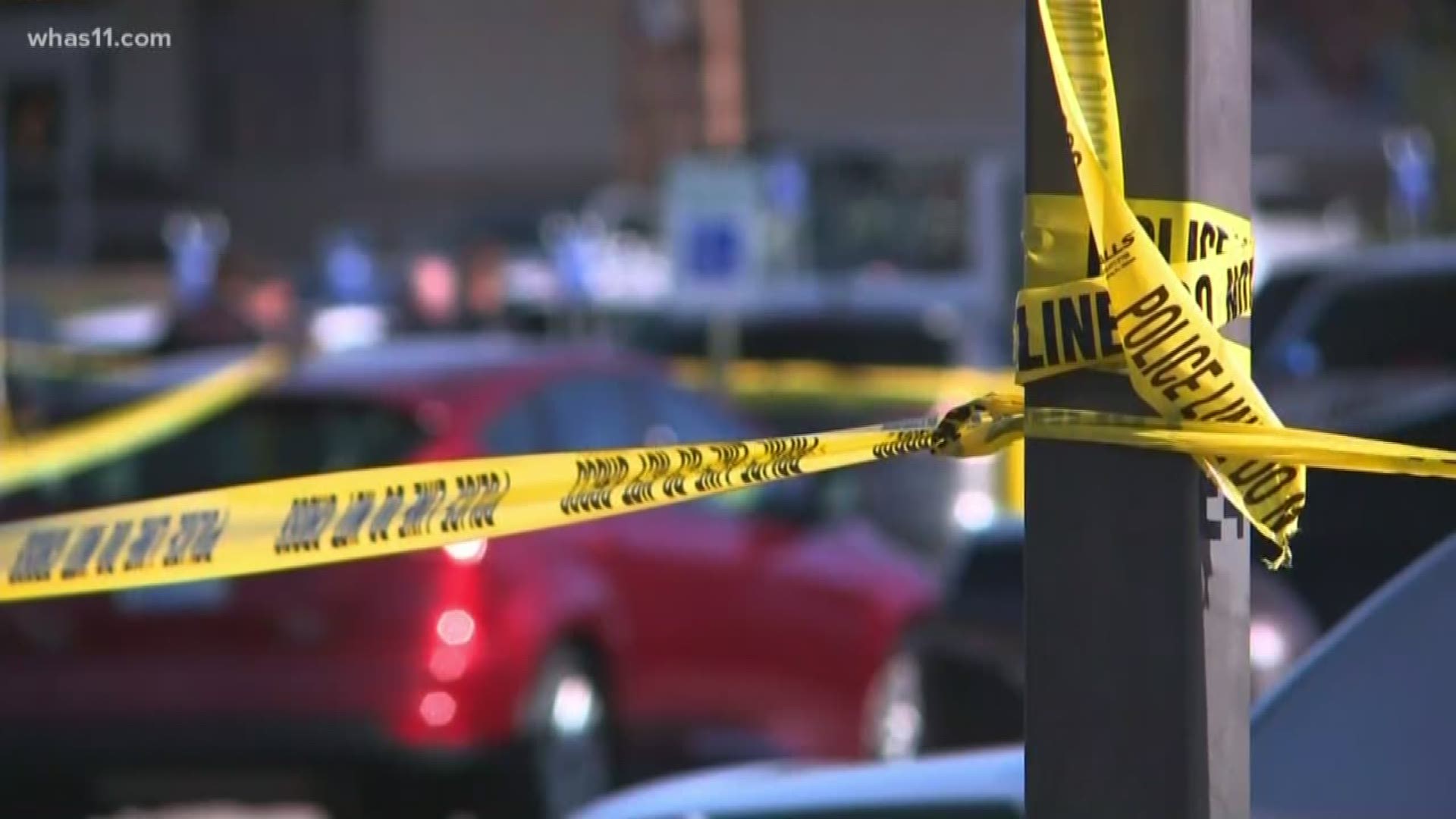 LOUISVILLE, Ky. (WHAS11) -- Candles, flowers and a card lay in front of the Kroger grocery store where two shoppers were shot and killed hours earlier. It happened at the Stony Brook Kroger on Taylorsville Rd. and Hurstbourne Pkwy.

The proof of the violence sits in the parking lot hours later in the form of smashed windows and cars peppered with bullet holes. 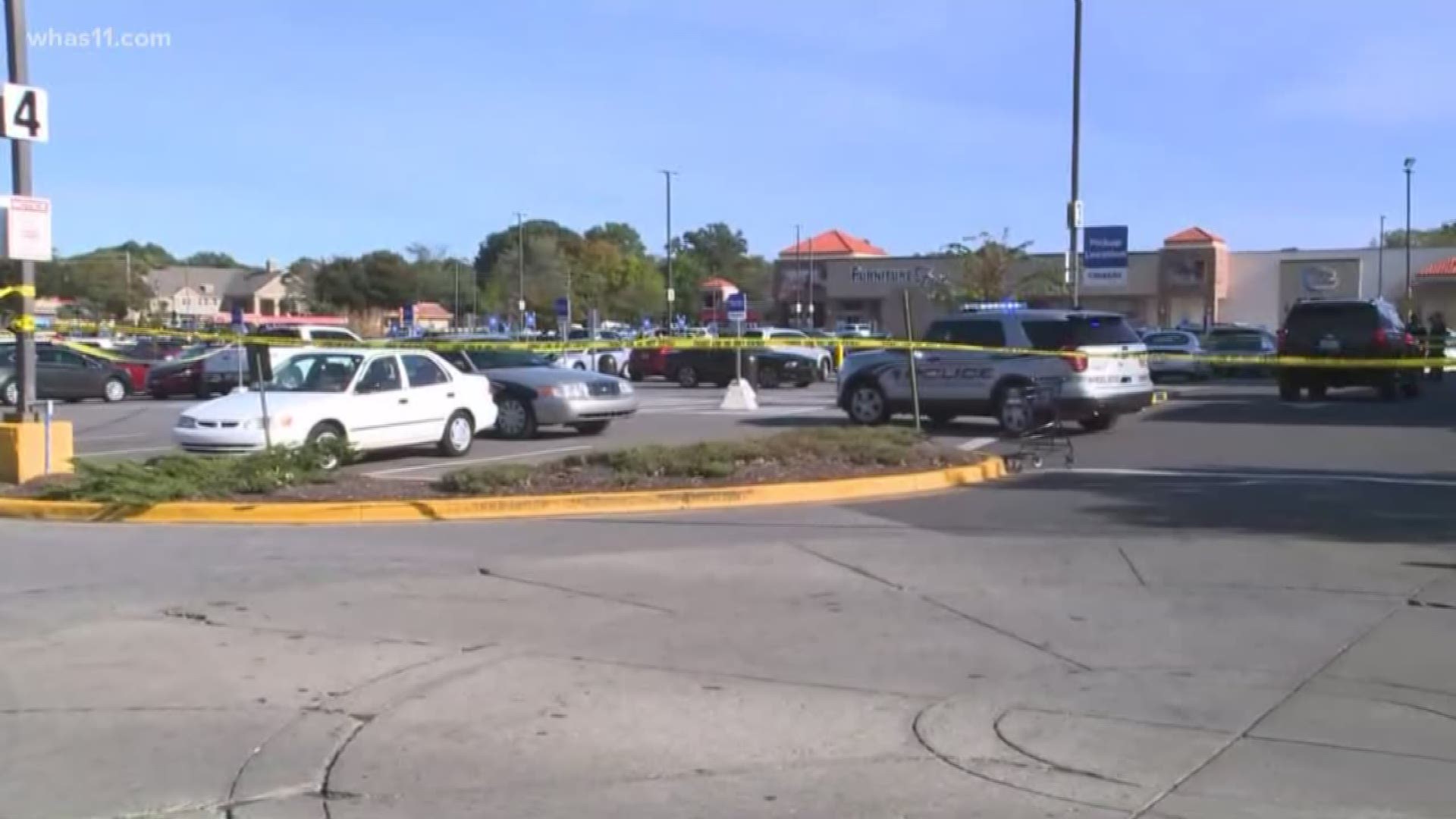 Those two victims were pronounced dead at the scene. They were identified by the Jefferson County Coroner's Office.

Police are investigating all possible motives, including whether or not this was a hate crime. The ATF and FBI are also investigating.

A statement from FBI Louisville said they are assisting the Jeffersontown Police in their investigation and they are evaluating evidence to determine if any federal laws were violated.

WHAS11 news talked to a man who said his father came face to face with the shooter. We were told the shooter said he was not going to shoot another white man.

Both deceased victims are African American.

RELATED: Witness accounts from inside the Jeffersontown Kroger shooting

A citizen engaged the suspect and shots were fired between them. Chief Rogers said neither of them or any bystanders were injured in the exchange.

The suspect, identified as 51-year-old Gregory Alan Bush, was taken into custody.

Patrons inside the store during the shooting reported hearing loud noises and screaming.

“A lady was screaming. I thought she had won the lottery. Even one of the workers looked at me and said, ‘I hope that’s a good scream,’” said Kelly Reynolds who was shopping with her children.

Eric Deacon a former EMT, said he called 911 and moments later, he saw a woman shot in the parking lot.

“The way she went down, it wasn't like she was going down to take cover. She just dropped,” Deacon said.

As soon as the gunfire stopped, and police arrived, Deacon said he ran out to try and save her.

“I come out to do CPR on the lady in the parking lot and I looked at her. She wasn't breathing. I knew she was gone and there was nothing I could do,” Deacon said. 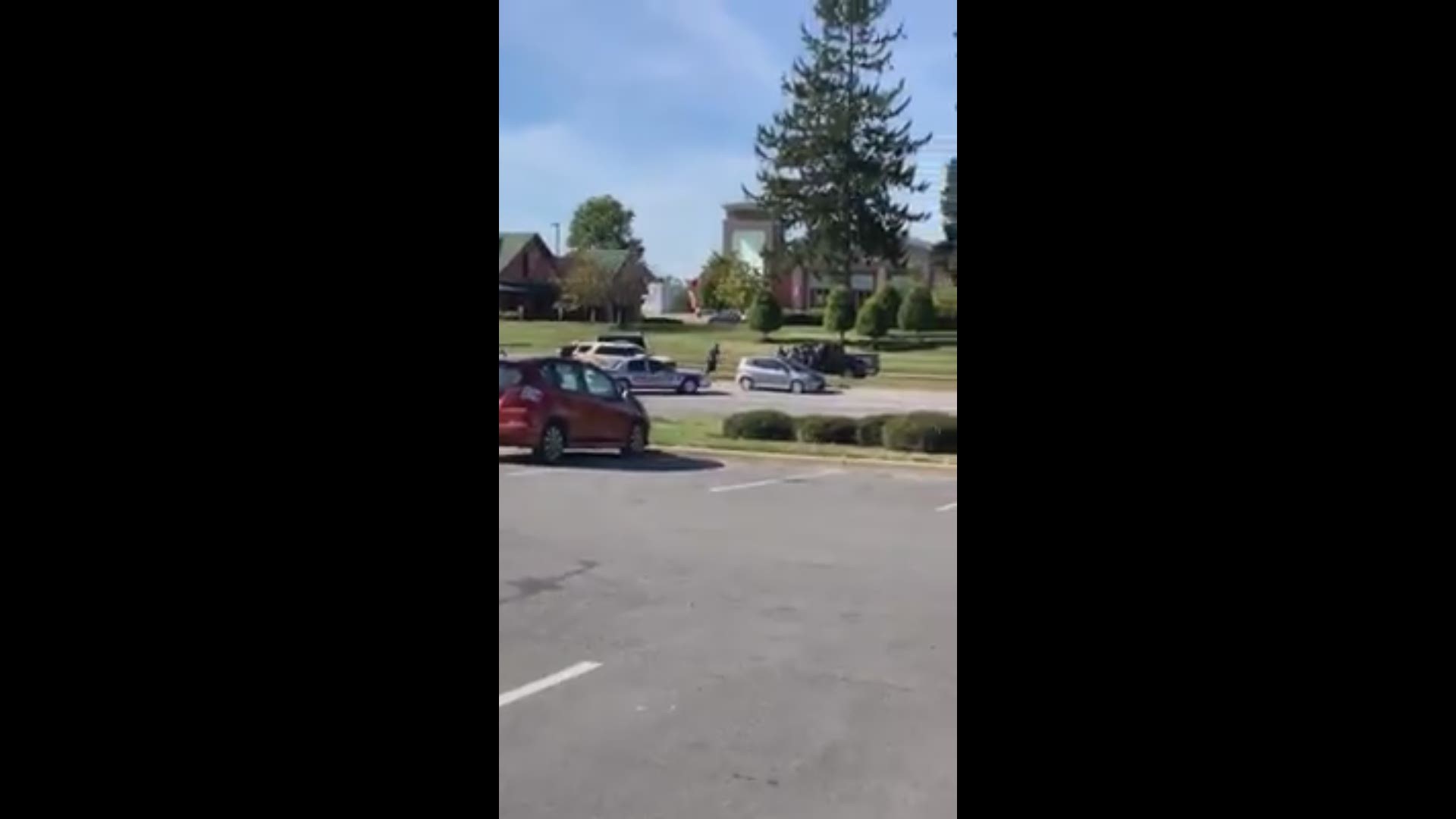 Other witnesses report they saw a shopper inside who shot back at the suspect. Evette Clemons said it was her friend's husband.

“Her husband shot back once the shooter shot at them. He had pushed her out of the way, and in that moment, that's when the lady got shot and went down,” Clemons said.

To be clear, police said it was the suspect's bullets that killed the two innocent shoppers, not the armed citizen who tried to stop the shooter in the parking lot.

“I am heartbroken by this shameful and horrifying incident, and I am angry about the tragedy that results from people with guns who have no respect for human life. Over the coming days, we will learn more about what happened today. For now, I grieve with the families of the victims. I ask everyone in our community to keep them in your prayers and commit to taking action against senseless gun violence.”

“My staff and I are closely monitoring the situation at the Kroger in Jeffersontown. As we continue to learn more about the events that took place, Elaine and I ask the entire Louisville community to join us in praying for the victims and their families. We would like to thank the brave men and women of law enforcement who responded with professionalism and secured the scene.”

Deeply saddened by today’s fatal shooting incident at the Jtown Kroger. Details are still emerging, but gun violence has no place in our community, or any community.

The crime tape is down at the Kroger on Hurstbourne Lane. Check out the damage to some of the cars, now riddled with bullet holes @WHAS11 pic.twitter.com/8V3novgC5w