'She's teaching students to use their voice.' Teachers rally in support of principal arrested during Breonna Taylor protest 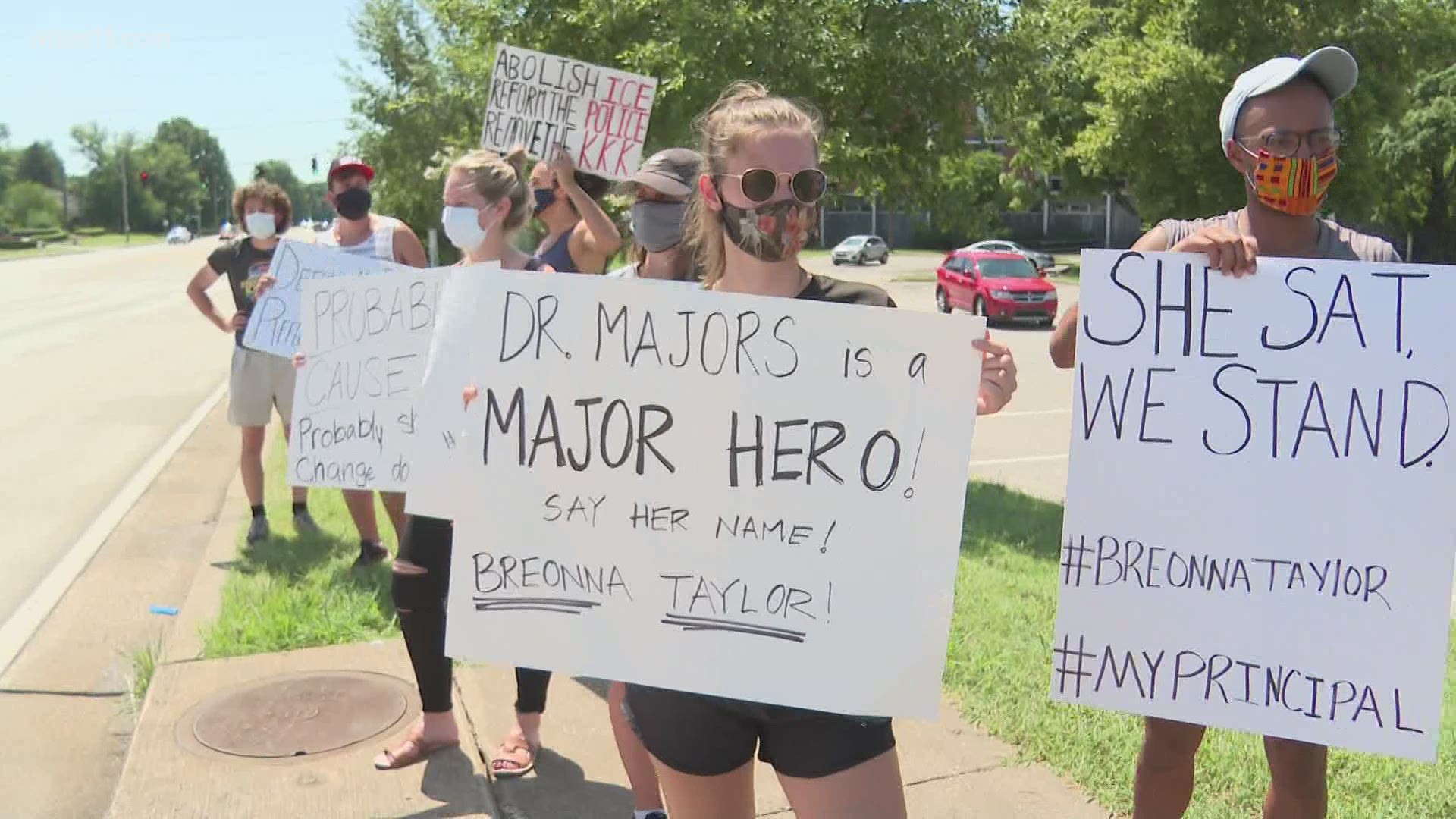 LOUISVILLE, Ky. — Teachers and community members held a rally Tuesday to show support for a JCPS principal who was one of 87 protesters arrested last week.

"Black girl magic! I'm so proud of her," Majors's brother Adrian Baker said. "She has been intentional on making sure that she impacts everyone."

The rally that took place outside of JCPS Van Hoose Center was to thank Majors for setting an example.

"We were seeing a lot of negativity on social media so we just wanted to show her that her staff supports her," organizers of the rally and teachers at Knight Middle School Justin Newby and Angela Winsatt said. "We just have to remember that JCPS is one of the most diverse districts here in the state and Dr. Majors represents a lot of our students. We just want them to see that it's okay if you have to get out and stand up for things that you believe in."

Newby said Majors is teaching students to stand up for what they believe in.

"She’s teaching [students] to use their voice and it’s their voice for Black Lives Matter, the environment, women’s rights whatever it may be she is setting the example for them," Newby said.

The principal said she challenges everyone to do their part.