The brawl brought about 4 to 5 police cars to the school along with a few ambulances after a teacher was caught in the cross fire of thrown punches. 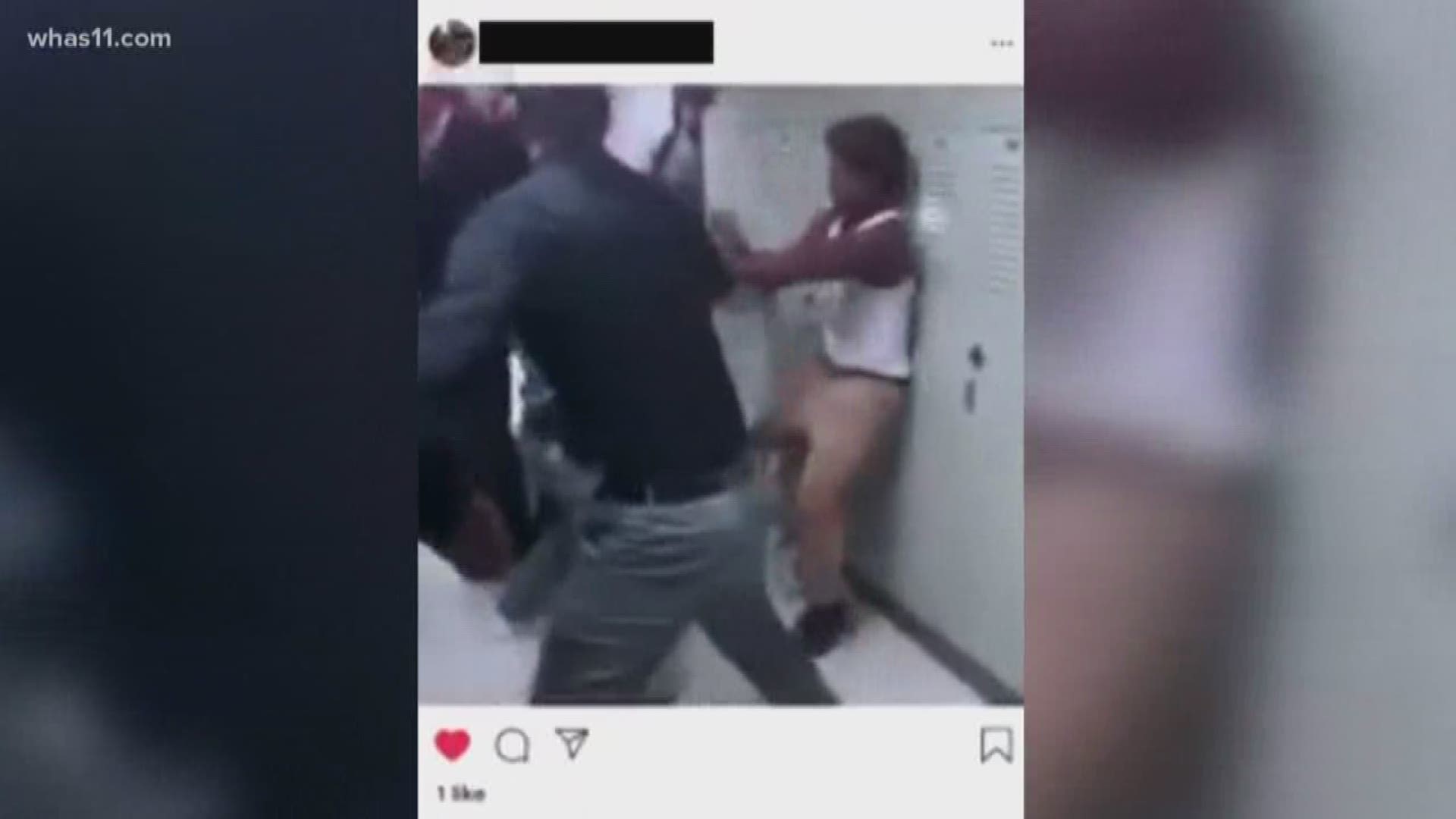 LOUISVILLE, Ky. — (WHAS11)-A student removed from a classroom turned into a hallway brawl within seconds.

The brawl brought about 4 to 5 police cars to the school along with a few ambulances after a teacher was caught in the crossfire of thrown punches.

However, once the students were separated into different rooms, law enforcement left, leaving the rest up to Jeffersontown High School.

RELATED: Board split over role of officers in JCPS schools

JCPS has since acknowledged the fight saying there were no serious injuries. WHAS doesn’t know how the students were disciplined but we do know it was without the help of school resource officers.

The first half of 2019 was filled with conversation about the city of Louisville's $25 million shortfall. Part of the plan to cut costs eliminated school resource officers.

In June, the proposed city budget was approved, eliminating SRO's but there was a chance to keep ten of them by contracting with some local police departments.

In a split vote in August, the school board voted to remove SRO's completely to clear the way for their own security force in the future.

Now, that future is being decided a vote to create and fund a JCPS school security force is expected in October. If approved, the SROs could be in place in February.

RELATED: Will armed school resource officers be removed from the halls of JCPS?

RELATED: No LMPD officers as school resources officers in JCPS