Since this time last year, there have been 35 accidents at this intersection alone. 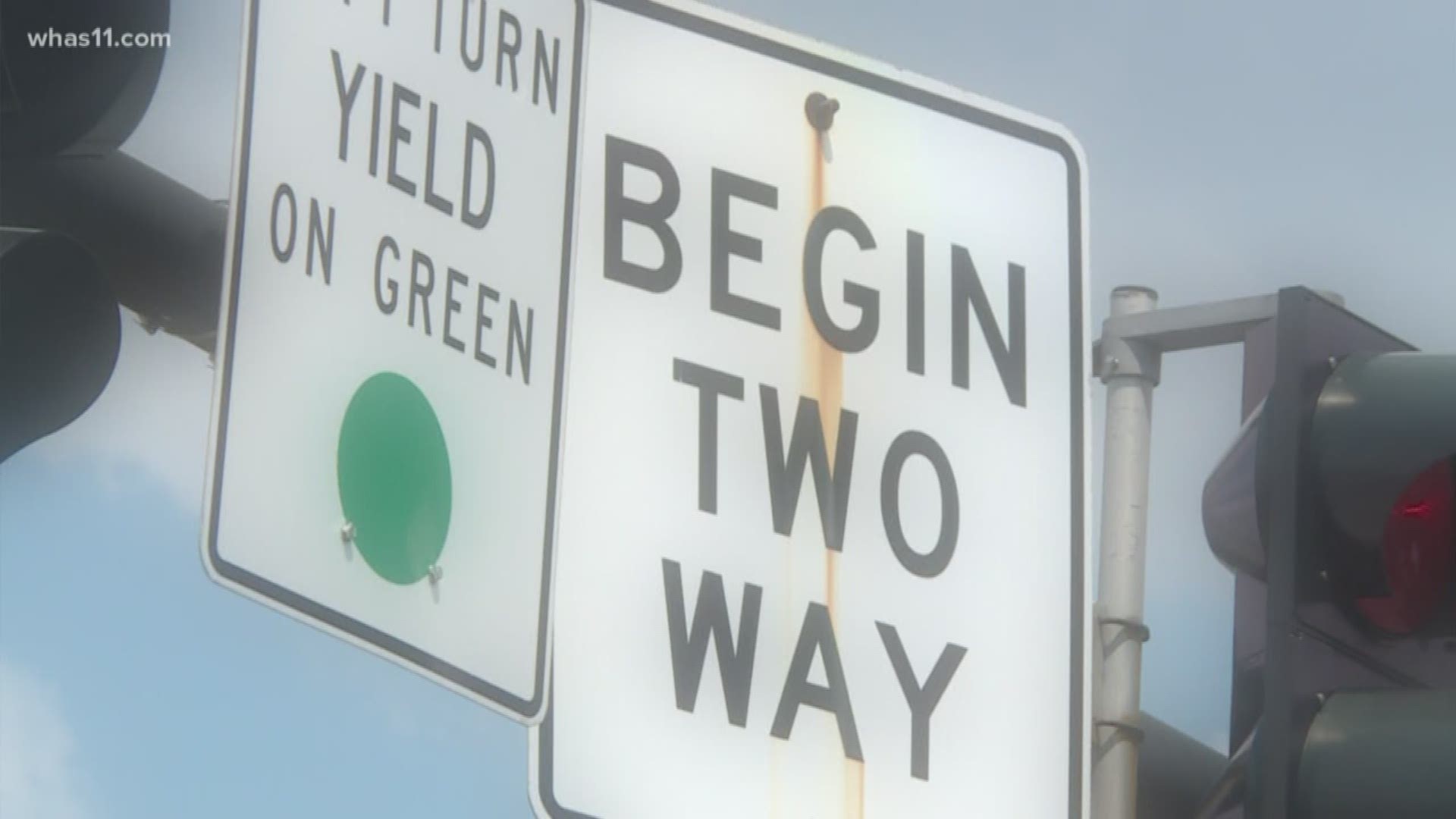 LOUISVILLE, Ky. — The hustle and bustle of downtown Louisville is nothing out of the ordinary.

The sights sounds and road rage are also far from unusual.

But with the chaos and commotion comes more reckless driving, leaving those behind the wheel and those walking from one street to another in much more danger.

Time Magazine looked at data from the National Highway Traffic Safety Administration over a 10-year span.

They measured all kinds of traffic accidents involving cars and people.

They found the most dangerous intersection in America is in Bensalem, Pennsylvania. But they also determined where that would be in each state and in Kentucky, it's right here in Louisville at 2nd Street and Broadway.

Second Street is a two way, but right at Broadway it turns into a one way. Most of the cars aren't going straight but rather turning while pedestrians have the right of way.

With lights that turn quickly, cars are trying to zip through intersections and people are finding those split seconds to get across.

In just 45 minutes, people driving and walking both made illegal moves.

Seven people crossed on red, and 4 cars ran a red light and yet another close call - 2 cars just seconds from a collision.

I know it's alarming,but one car almost turned down a one way.

Since this exact day just last year, there have been 35 crashes at this intersection alone.

So the next time you find yourself at 2nd and Broadway, look both ways and keep your eyes on the road.

LMPD has been warning jaywalkers of this particular intersection for years.

When a WHAS11 crew went out to the same area back in 2016, they witnessed 7 people crossing in the middle of the road in just 30 minutes.