Officials say overall export growth was $33.1 billion in 2019 and Kentucky is the nation's leading exporter of whiskey. 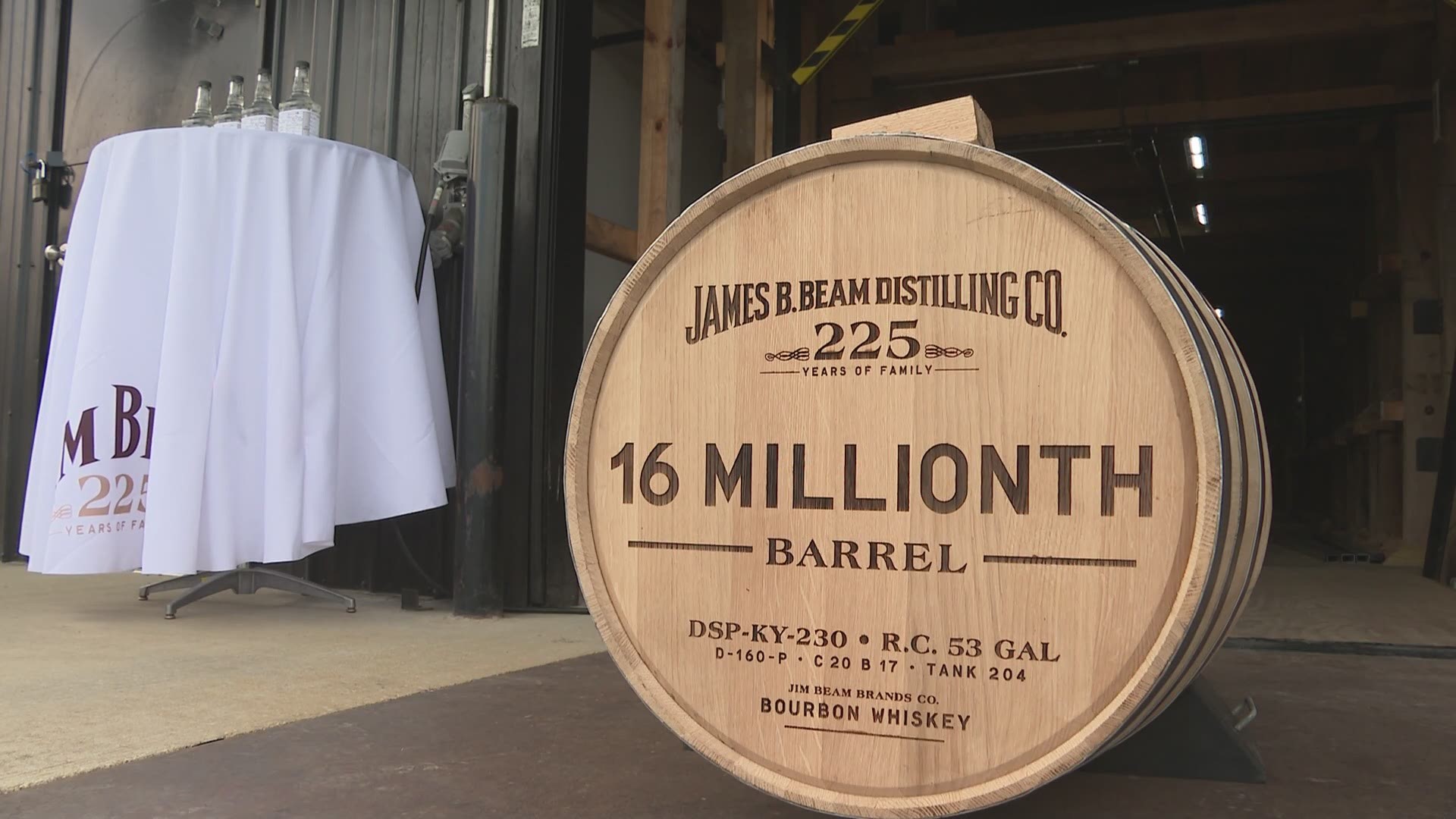 Governor Andy Beshear was on hand to mark the occasion at the Jim Beam in Clermont on Monday.

Beshear says the bourbon industry continues to see growth due to its national and global appeal. He said the state’s export of whiskey hit an all-time high of $485 million in 2019.

Officials say the total marks a 326.5% increase since 2004 and it was aided by the industry’s exponential growth for more than a decade.

“Our bourbon is now a multi-billion-dollar signature industry, which helps support our families with more than 20,000 jobs and an annual payroll topping $1 billion,” he said.

RELATED: Meet the woman busting down the boys' club of the bourbon industry