"A teacher, a sheriff and a country singer get into a plane with no doors..." It sounds like the beginning of a bad joke, but it's just lucky jumpers! 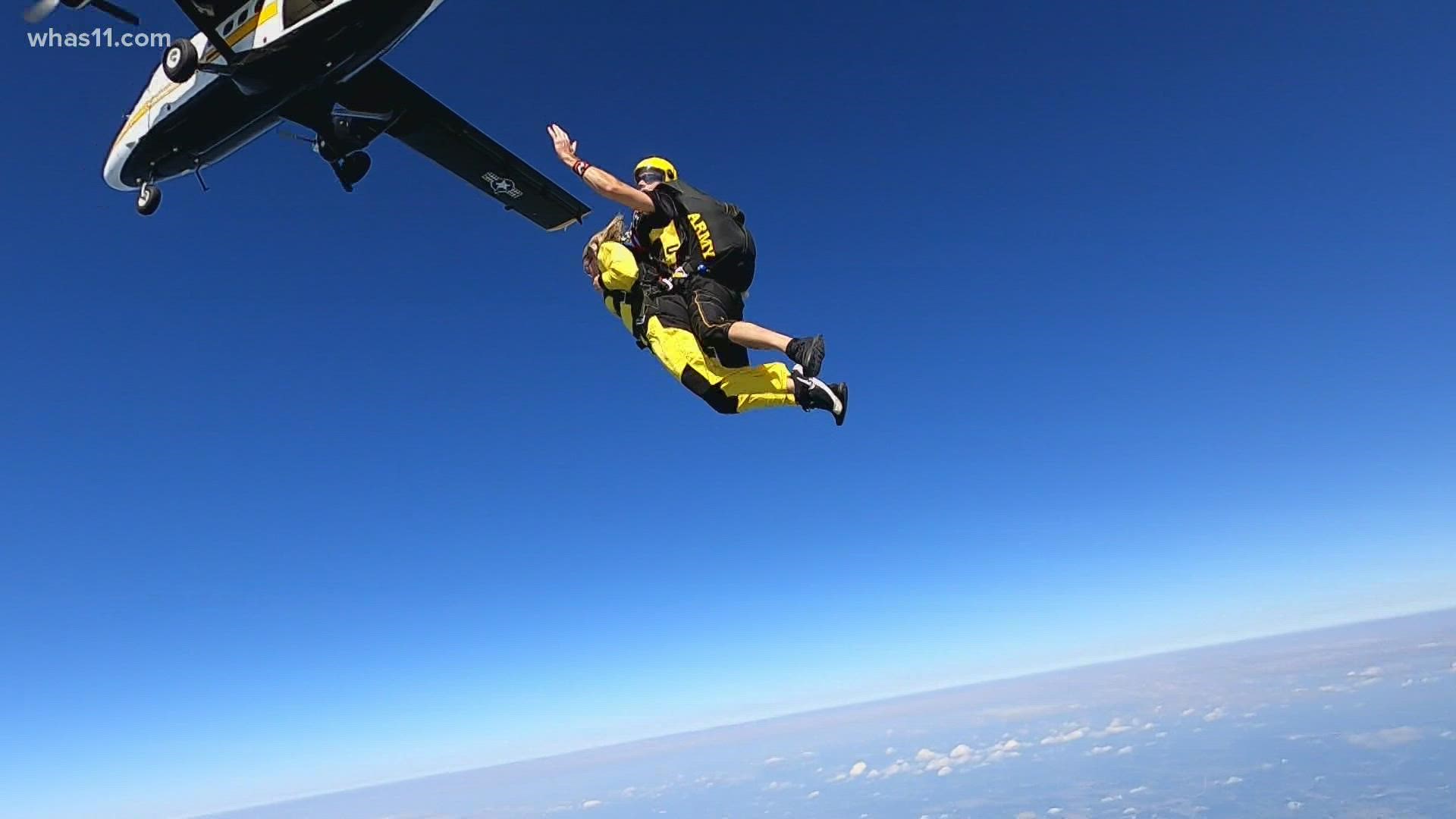 ELIZABETHTOWN, Ky. — The Golden Knights took to the skies above Elizabethtown on Tuesday, hoping to inspire the next generation of soldiers.

After her husband jumped with the Golden Knights, Traci Koons decided she wanted the opportunity as well! That was five years ago.  Since then, three times she was supposed to jump were canceled for weather.

"I just thought it would be a privilege and honor to be able to do this with the best parachute team ever," Koons said of the opportunity to join the team on this particularly sunny, calm weather day.

The Tennessee native was a teacher for year, and now works in the central office.

"I feel great," Koons said as she watched another group jump before her.  "I'm ready to go, a little nervous. I think if you are not a little nervous you should check yourself. But really excited to do this."

The Golden Knights travel the country, taking community members up and letting them jump out of a perfectly good airplane in tandem with a service member.

After plenty of preparation, briefings, and pictures from her own personal photographer (her husband), Traci and her group of jumpers boards up.

The airplane climbs to 12,500-feet, then the jump begins.

Traci Koons smile spread across her face the whole way down, and she asked her tandem jumper to do all kinds of spins and maneuvers as they descended back to the ground.

As for anyone who may have caught a glimpse of the bright yellow chutes over the town, Captain Berdiel has a message.

"It's always nice to have someone have your back," Berdiel said.  "It's all about team work. I feel like I'm part of the team in this community and this organization."