Ginger Schultz said she only registered for the 'Shot at a Million' two days before. 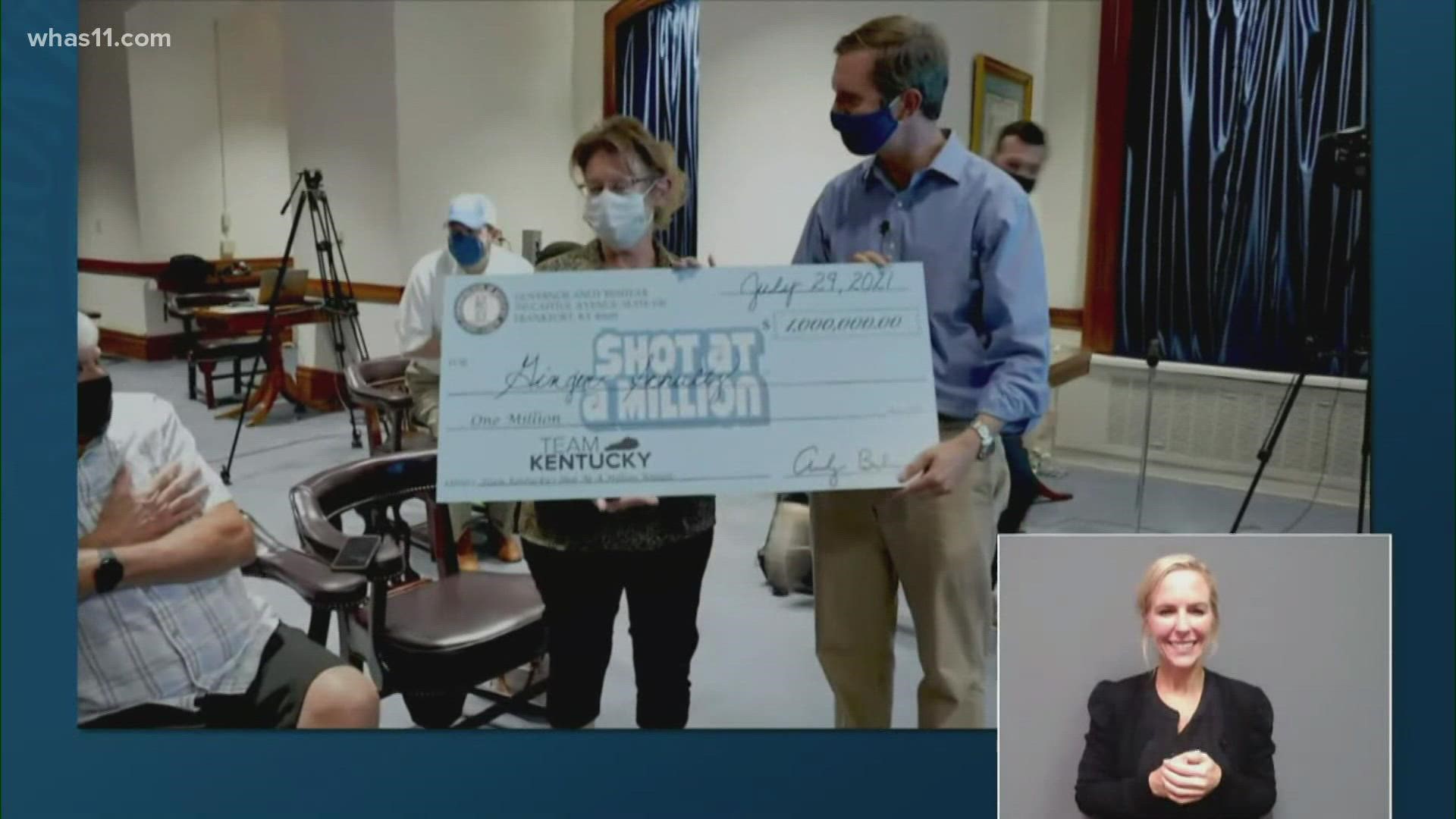 FRANKFORT, Ky. — A second Kentucky resident is heading into the weekend $1 million richer after officials drew her name in the state's second 'Shot at a Million' drawing.

Gov. Andy Beshear surprised Louisville native Ginger Schultz with a large check Thursday, thanking her for getting her COVID-19 vaccine. Schultz said she just registered for the lottery two days before after getting vaccinated in April.

"[My husband] had bought a couple of Kentucky Lottery's $1 million lottery tickets, I saw those lying on the counter and I thought well this is another shot at a million, why not try," Schultz said. "I never thought, never dreamed I'd be picked."

Schultz said she got the vaccine as soon as people in her age group were eligible, saying she wanted to protect both her mother and her husband.

"My main thing was for my mom and my husband, who both have COPD issues," Schultz said. "It's the right thing to do for yourself, for the people you love, the people you come in contact with."

A Louisville teen was also awarded a full-ride to any Kentucky public college of her choosing, along with four other students. The student winners are:

Anyone who has entered the drawing but has not won will still be entered for the third and final drawing later this summer. The deadline to register is Aug. 25. For more information on the Shot at a Million drawing, click here.

RELATED: 'Shot at a million': Here's how to enter, deadlines and drawing dates in Kentucky's vaccine lottery