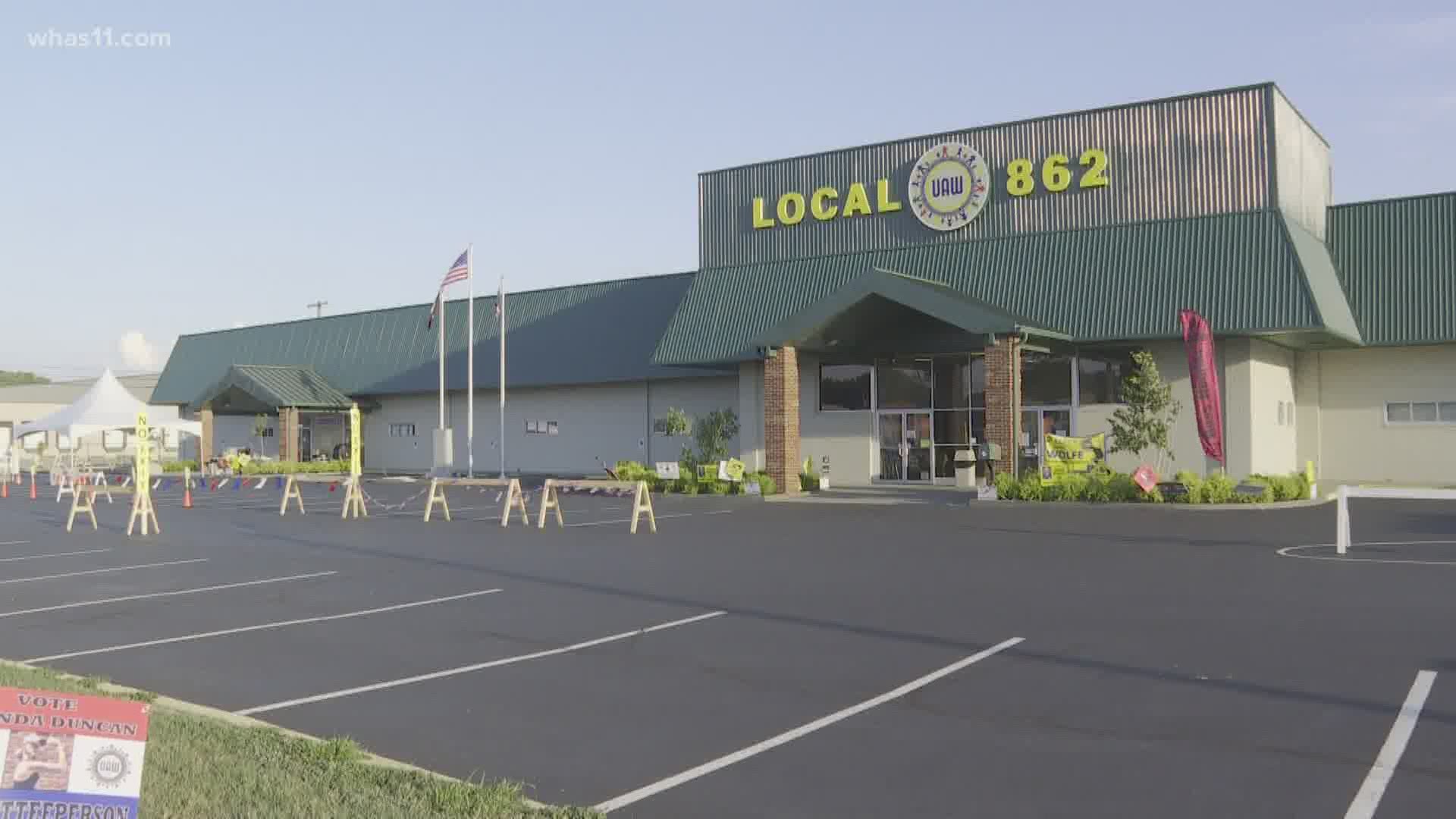 Anyone who needs help with unemployment insurance can schedule an appointment at UAW Local 862 Union Hall at 3000 Fern Valley Road. The Kentucky Labor Cabinet said appointments can be scheduled from 9 a.m. to 6 p.m. Monday through Thursday or 9 a.m. to 1 p.m. Friday. By 10 p.m. Wednesday, all appointments were filled, based on the website, kcc.ky.gov.

People must bring two forms of identification, such as a driver's license and social security card.

Entrance to UAW Local 862 Union Hall will be through Fern Valley Road. Parking is available, and claimants will enter the building from the side entrance. Signs will be posted to direct visitors.

Valerie Holmes, of Louisville, was able to book an appointment before they filled. She first filed for unemployment in April, received two checks in May, and then stopped receiving any unemployment help.

"It's just, kinda like in limbo here," she said Wednesday night. "I know things will get straightened out eventually, but sometimes eventually is not soon enough."

She's one of thousands facing similar issues, all still waiting on their checks. But Holmes is hopeful, now that she has the opportunity to get in-person help in Jefferson County for the first time.

Others like Holmes have watched the checks drop off, and others are still waiting on approval after filing initial unemployment claims in April.

"Will one week be enough to get everything? No. Right now we just have so many claims filed every day and every week that we just don't have enough people for any place for one week for it to truly be enough and we're working on that," Gov. Andy Beshear said during his briefing Wednesday afternoon.

Kentucky's unemployment system is overloaded and outdated, which is what the governor said is leading to issues.

WHAS11's FOCUS team discovered a data breach in Kentucky's unemployment online system for the second time in just three months. A Louisville claimant said another person's information popped up on his screen when he requested payment for unemployment benefits.

The Labor Cabinet issued a statement saying the Office of Technology Services is investigating the problem.

"At no time, was the other individual’s name, social security number, or other personally identifying information available," the cabinet said in statement. "Out of an abundance of caution, OUI has reported this potential breach while the Office of Technology Services investigates the circumstances that allowed a claimant to see the information pertaining to another individual claimant."

The governor said Wednesday that individuals were notified within 24 hours of the state learning of the issue. He deemed the breach to be "minor."

"There might even be a question of whether that even qualifies as a data breach, but wanting to be completely up front and out front about it, we made sure that we provided that notice," he said. "Just like with the first data breach, absolutely no one to our knowledge has been financially harmed whatsoever and at this time we don't think that there's any threat to anybody's credit or financial informational at all."

Both breaches, Gov. Beshear said, were likely made possible because of how old Kentucky's unemployment system is.

"This system was put in in 2000. Could you imagine if the computer system you had in 2000 currently had to protect critical information of almost a million Kentuckians?" Beshear said.

The state is analyzing the breach to ensure its not a wider spread problem, while Kentuckians remain hopeful their unemployment check problem will also soon be resolved.

"I'm starting to feel better about this. So it's going to work out, you just can't rush it," Holmes said.