Under Governor Beshear's reopening guidelines, restaurants are only allowed to seat a third of their usual capacity inside... 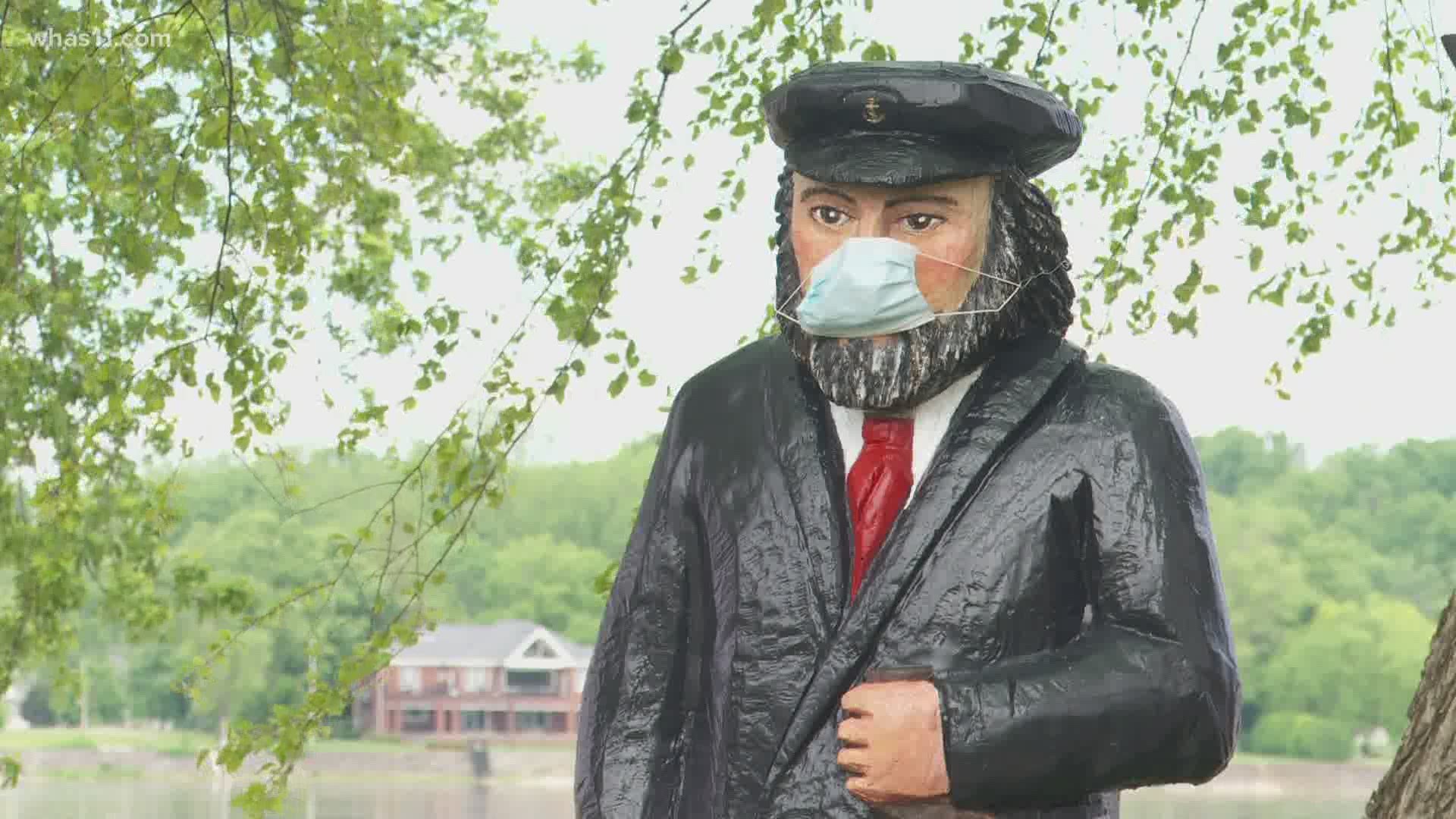 PROSPECT, Ky. — Normally a medically mask fixed onto the iconic wooden captain overlooking Captain's Quarters by the Ohio River may seem out of place, but these days, the old skipper fits right in.

"We know people are going to try to get up next to the captain and get their picture taken," Captain's Quarters' partner Andrew Masterson said. "We thought it was responsible of us to make sure he had a mask on him as well."

Masterson and the masked captain are welcoming back guests to the riverside restaurant Friday, which is the first day that restaurants are allowed to open back their dining areas. Masterson said it didn't take long after the reopening date was announced for customers to let them know they were coming back.

"Our phones just began to ring off the hook with people wanting to make reservations," he said.

Diners will have to follow new policies. The restaurant is requiring customers to take a cue from the captain himself and wear a face mask unless they are seated at their table. According to Masterson, the restaurant does have a limited supply of disposable masks that will be given to customers who need them, but guests are strongly encouraged to bring their own.

The restaurant is limiting the number of people inside their lobby. Instead, a drive-up hostess booth has been set up in front of the restaurant.

"You don't actually have to come in the building to find out if we're on a wait or to get your name onto a wait," Masterson said. "You can actually drive up."

Along with the efforts to limit close interaction between guests and staff, the restaurant is also rolling out new hygiene features, including hand sanitizer stations throughout the space and a designated cleaning team.

"We have a whole crew of staff that is doing nothing but sanitizing tables and chairs after the guests leave and before they arrive," he said.

While many restaurants are reopening Friday, Captain's Quarters does have an advantage. Under Governor Beshear's reopening guidelines, restaurants are only allowed to seat a third of their usual capacity inside, but there are no limits to outdoor seating as long as proper social distancing guidelines are met. And with a patio area that extends to the river's edge, Captain's Quarters certainly has the space to accommodate larger groups.

"We know we have one of the largest properties around that would enable people to socially distance themselves while enjoying a nice meal, so we know we're going to be busy and we're ready for it," Masterson said.