While some restaurant owners are ready to reopen May 22, others said they would wait. 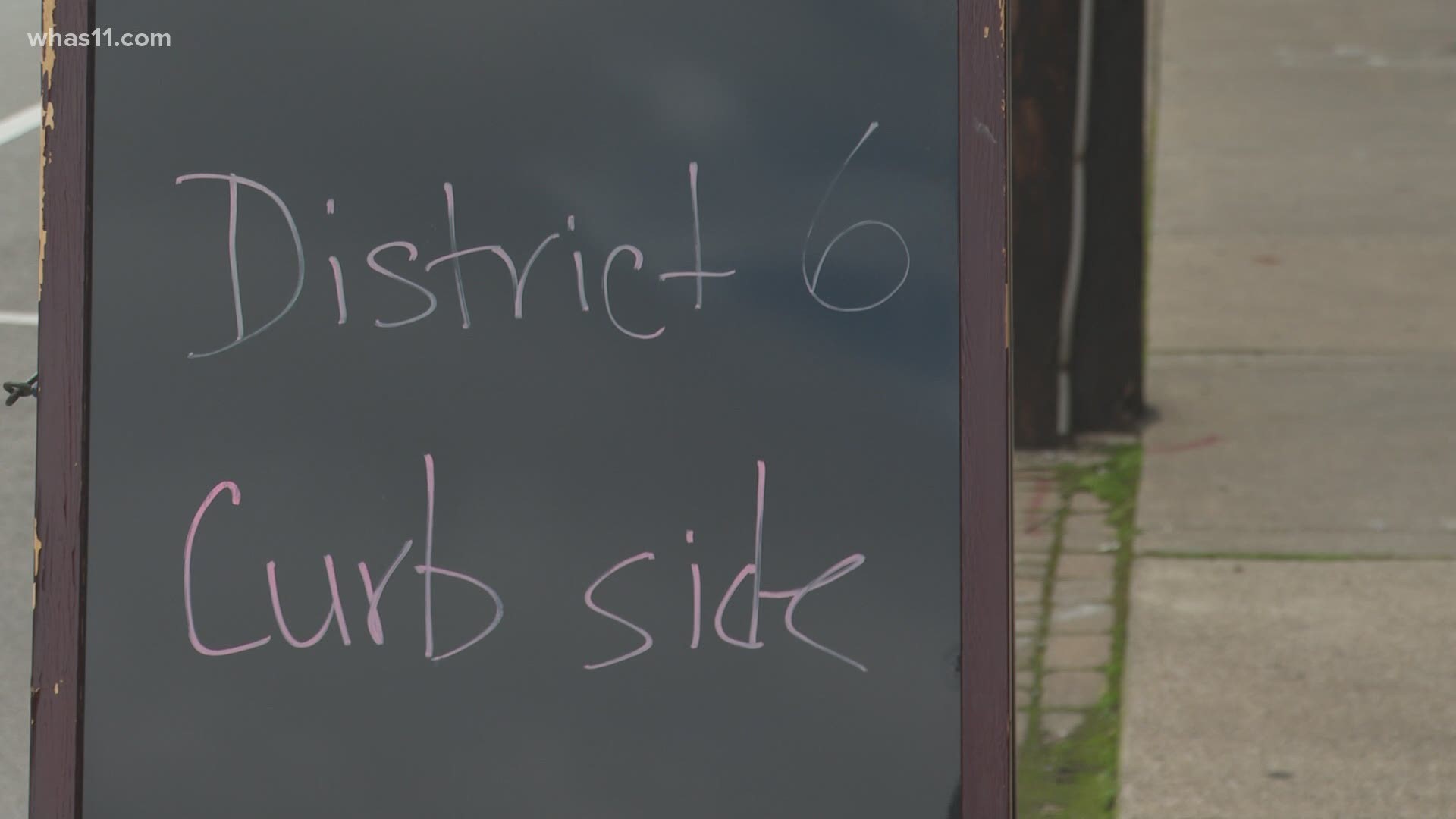 LOUISVILLE, Ky. — It hasn't been easy for District 6. The Vietnamese gastropub opened its doors in September, only to have to close them a few months later due to the coronavirus pandemic.

But with restaurants given the green light to open their dining areas Friday, Duong said she's pumping the brakes instead of hitting the gas.

Like many other restaurants, sales at District 6 have taken a hit as the restaurant has converted into a carry-out only business model, but Duong said she is not comfortable opening up the dining area until she has more data showing COVID-19 on a decline in Louisville.

"If Louisville is under control, there's not an increase in people getting infected, that's one of the factors in deciding," Duong said.

Duong said while she is not ready to start serving food inside, the restaurant has applied for a permit to set up seating outside on the sidewalk, though for now, customers will not be getting served there. Instead, similar to a sandwich shop or a bakery, customers can order their food for carry-out and enjoy their meals outside, which will help minimize contact with staff.

"If customers are getting carry-out and want to sit outside, they can," she said. "And after they sit, we'll clean up and disinfect everything."

Other restaurants are getting ready to open on Friday, though there are several more waiting before welcoming guests back into their dining rooms. Travis Doster with Texas Roadhouse said its Kentucky restaurants will not be opening right away and are instead watching and learning from its locations in other states that have already started allowing in-person dining.

"Safety and sanitation has been part of our business for 50 years," Doster said. "This is what we do. We're the only business that has to put a letter grade to it."

RELATED: Some restaurants may be adding a COVID surcharge to your bill

RELATED: Restaurants looking forward to getting back to business as Kentucky begins reopening