Some people said the proposed ban could bring a lawsuit because it would be a violation of their civil rights. 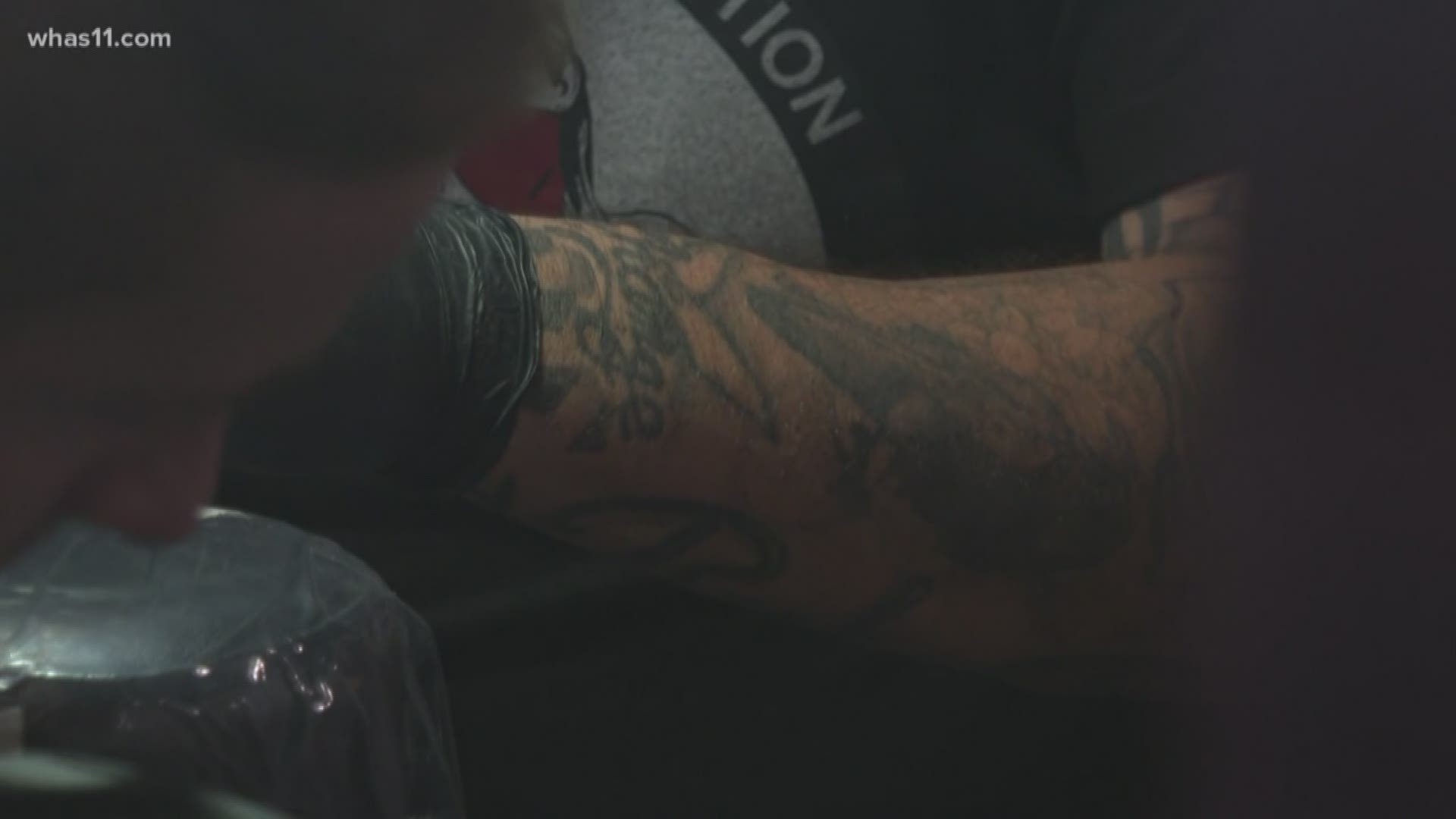 FRANKFORT, Ky. — After a proposed ban on tattoos over scarred skin caused an uproar, Kentucky health officials offered community members a seat at the table Tuesday to listen to what they have to say.

Almost 100 people from all over the state were at the public hearing held at the Cabinet for Health and Family Services department [CFHS] in Frankfort.

“It was crucial that we have input from the public so that we can refine the initial propose regulation,” executive director of the office of legislative and regulatory affairs of CFHS, James Musser said.

Health officials did not answer any questions and said the meeting was only about listening to the community’s thoughts and concerns.

“It’s not just covering that tattoo, it’s helping someone move on from whatever that bad experience was,” tattoo artist, Jessica Meritt said during public comments.

Some people said the proposed ban could bring a lawsuit because it would be a violation of their civil rights.

“I got into this art because my own mother is a breast cancer survivor and I took time to do the training, to get the experience and to be able to tattoo scar tissue,” one tattoo artist said during public comments.

Health officials filed the proposed law in April to update the state’s tattoo regulations since it was not revised for more than 15 years. Though they would not answer questions about the proposed ban, officials said they wanted to address the potential health issues of tattooing over unhealthy skin like recent or healing scar tissue.

Those who attended the meeting said officials should focus on improving inspections at tattoo shops – highlighting the dangers that come with home-based tattoo businesses. They also suggested requiring a license and proof of education or training before an artist can tattoo over scarred skin. Some tattoo artists said if the proposed ban moves forward, residents could travel outside the state to get tattoos on their scars.

Health officials received more than 500 comments from community members and said it is going to take time to respond and come up with a final plan. They hope to have a final response by July, and promised to review all shared thoughts and concerns.