According to Michael Brown, Kentucky State Cabinet Secretary, McAtee died after being shot by a member of the Kentucky National Guard. 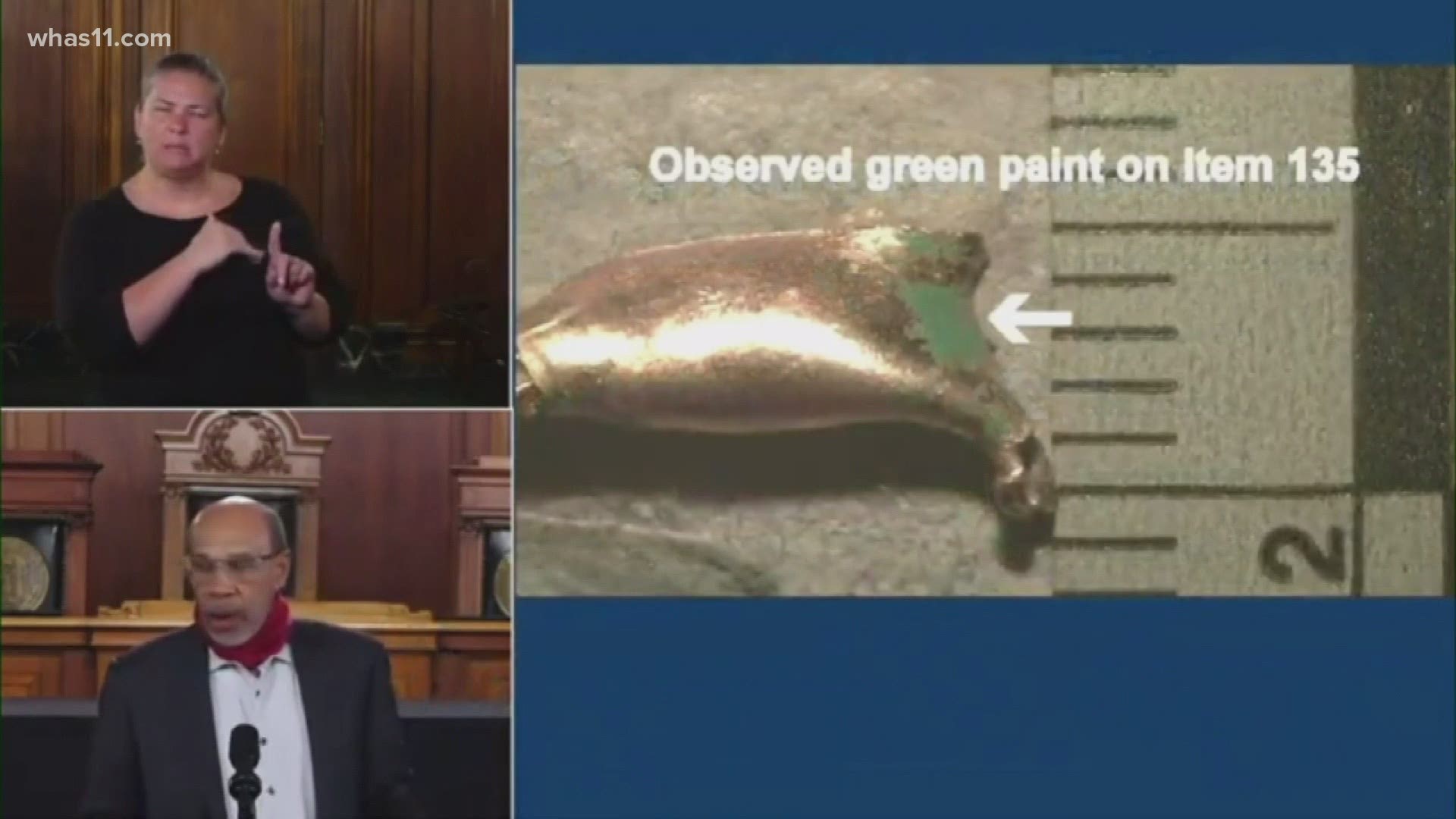 LOUISVILLE, Ky. — Tuesday, investigators gave an update in the shooting that killed David McAtee on June 1 outside his West Louisville business. The update came during Governor Beshear's afternoon news conference.

According to Michael Brown, Kentucky State Cabinet Secretary, McAtee died after being shot by a member of the Kentucky Guard who was assisting Louisville Metro Police.

"David McAtee appears to have succumbed to a single gunshot wound to the chest, and that remains our conclusion,” said Secretary Brown.

“Our crime lab was not able to match up the particular bullet fragments with a particular rifle,” said Secretary Brown. “But we do know the caliber and type of ammunition and we know that night those rounds were only fired by one agency, and that was the Kentucky National Guard, responding to the fire that they had received.”

"Yesterday at Gov. Beshear's daily press conference, J. Michael Brown, secretary for the governor's Executive Cabinet, spoke about the ongoing investigation of the shooting death of David McAtee that took place early in the morning on June 1. While the Kentucky National Guard was assisting the Louisville Metro Police Department in dispersing a crowd after curfew at the corner of 26th and Broadway, Mr. McAtee fired approximately two rounds from his 9mm handgun from the door of his shop. It was determined that after taking fire, the LMPD and the responding Guardsmen subsequently returned fire. According to Secretary Brown, forensic analysis shows the fatal wound came from a weapon fired by the Kentucky National Guard.LMPD is currently conducting an investigation into this incident, and the Kentucky National Guard is also conducting a separate internal investigation.

"We continue to support a full and independent investigation because it is the right thing to do and because we have high confidence in our Guardsmen," said Brig. Gen. Hal Lamberton, Kentucky's adjutant general. "This civil unrest mission is one of the most difficult homeland missions we are asked to support. The Soldiers and Airmen we called upon are of the highest caliber, and we believe the investigation will conclude that it was a measured response from the National Guard that night." The specific unit that provided support to the LMPD in response to dispersing the crowd that night was the 138th Field Artillery Brigade, based in Lexington, Kentucky. This unit has been assigned the National Guard Reaction Force (NGRF) mission, and its Soldiers are required to train on law enforcement support-type missions. The Guardsmen were directed to provide support to the LMPD in a State Active Duty status. Service members are armed for self-defense.

At the request of Gov. Beshear and the Mayor Greg, Fischer, the Kentucky National Guard reported to Louisville on May 30 to support the LMPD in the ongoing civil unrest. The requested support concluded on June 7."

“We have no doubt about that. Mr. McAtee’s weapon was tested and the shell casings we found outside the door came from that weapon,” he said.

The Kentucky State Police is going to do a frame-by-frame review, where more than 3,000 video frames will be examined. Investigators are still trying to figure out who fired first and Secretary Brown believes McAtee did.

"I believe he fired the first shot, paused, and came back up and fired again," he said. Brown argues that law enforcement did exactly what they were trained to do and fired back.

Steve Romines, the attorney for McAtee's family, does not believe we have the whole story. Romines argues that LMPD should still be held responsible for McAtee's death because of policies they violated before shots were fired, including shooting pepper balls at a crowd and not announcing their presence.

"There are no police sirens, no one announcing themselves as cops. [McAtee's] inside the residence, people are flooding in saying they're shooting. He has no reason to believe they're cops," Romines said.

Secretary Brown said the National Guardsmen who fired shots that night are going to be interviewed. Romines said this points to a poor investigation.

"There's a man dead and you haven't interviewed the people that fired shots? How does that happen?" he said.

"David McAtee’s death is a tragedy – for his family, for our community, and for the nation. I will continue working with our residents to build the community that David loved into a just and equitable community."