The 288-bed site is located in the South Wing of the Kentucky Fair and Exposition Center. 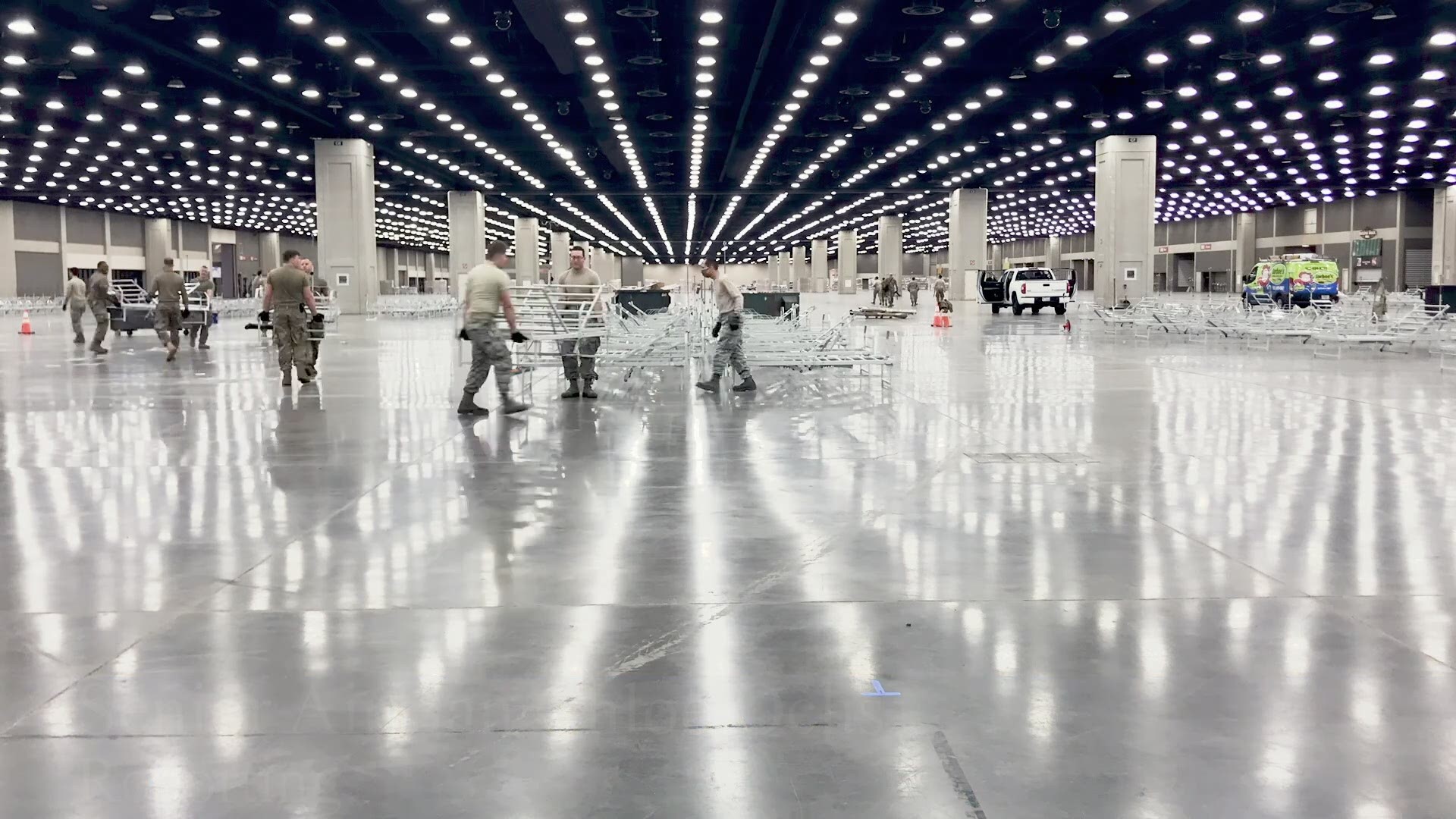 Since being activated by Governor Andy Beshear the Kentucky National Guard has been busy behind the scenes. They're helping with safety and security outside of hospitals and helping coordinate at area food banks.

They have also been on the front line of setting up an alternative care facility at the Kentucky fairgrounds. According to Kentucky National Guard, more than 230 Airmen and Soldiers have spent the past four days turning a cavernous exhibit hall here into an Alternate Care Facility for patients recovering from COVID-19.

The 288-bed site, located in the South Wing of the Kentucky Fair and Exposition Center, will be ready to accept patients beginning at 5 p.m. Wednesday, said Army Lt. Col. Jessicah Garrett, commander of the joint Army and Air National Guard unit that is providing clinical services. Her team of nearly 200 troops includes 82 doctors, nurses and medics who stand ready to provide around-the-clock medical care here, should area hospitals reach capacity.

The facility, which can be expanded to 2,000 beds, was designed to treat patients who are in their final days of recovery and don’t need intensive medical care, explained Garrett, commander of the Kentucky Guard’s Chemical, Biological, Radiological, Nuclear and high-yield Explosives Enhanced Response Force Package, also known as CERFP.

“These are patients who are able to walk,” Garrett said. “They can provide self-care with minimal assistance, such as go to the bathroom or take a shower, and are fairly self-sufficient.”

The Kentucky Air Guard’s Lt. Col. Kevin Howard said he expects patients to stay for no longer than seven days, at which point they would no longer test positive for the virus and will be released to go home.