Starting this weekend, all guests 15 and under must be accompanied by a parent, guardian or other supervising adult 21 or older. 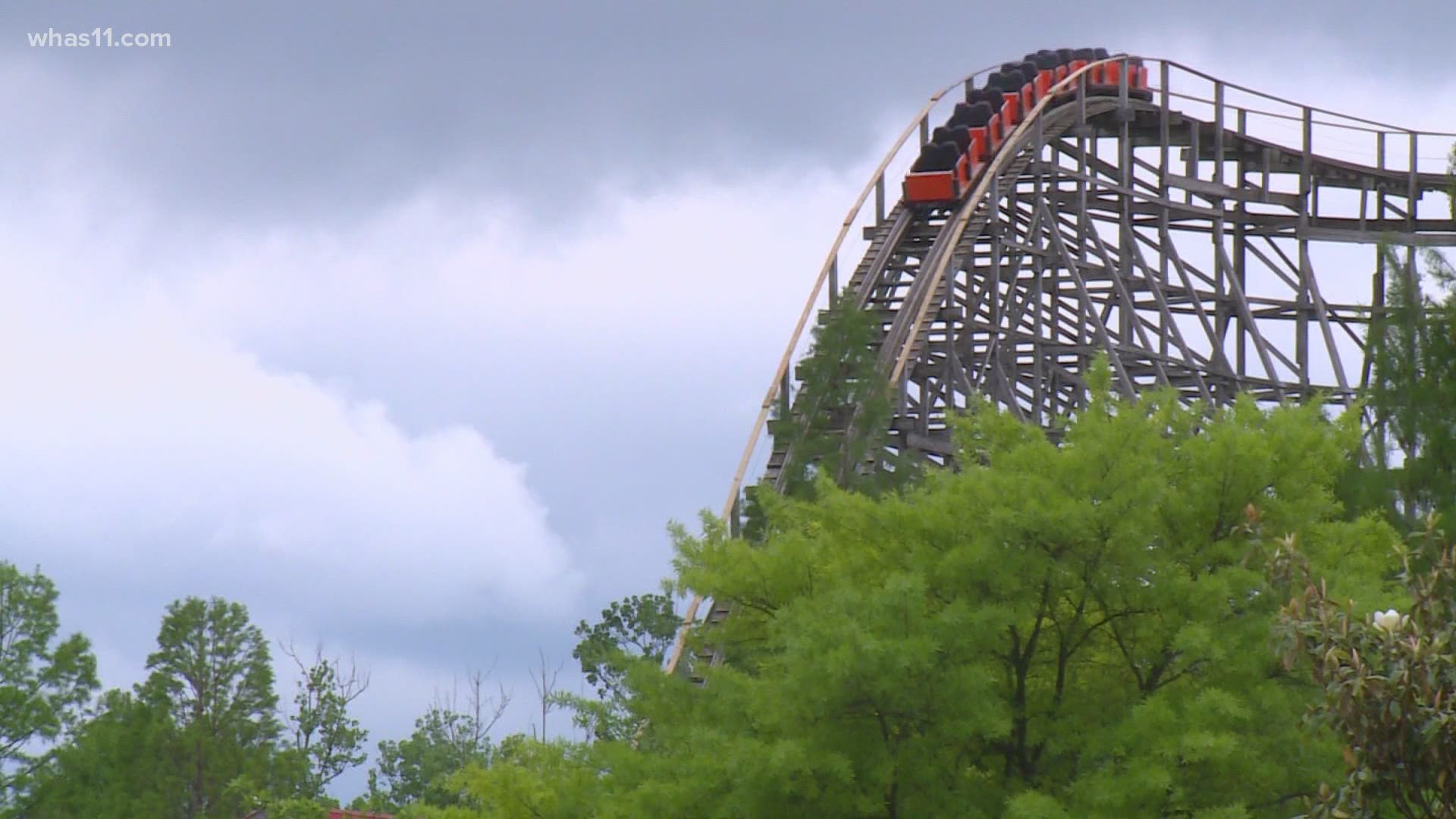 Starting this weekend, all guests 15 and under must be accompanied by a parent, guardian or other supervising adult 21 or older with a valid ID. The adult must be present at the time of entry and remain in the park for the entire visit, the park said.

"As we work to thoughtfully implement this new policy we plan to work together with parents and other adults responsible for children to ensure that our park continues to provide a safe, welcoming and enjoyable experience for all," said Craig Ross, Kentucky Kingdom's general manager.

Just one week after the park opened for the season, police responded to several 911 calls reporting multiple fights involving unaccompanied minors in the parking lot.

Officials with the park said the incident happened around 5 p.m. on Saturday and said the unaccompanied minors "exhibited behavior that violated their guest code of conduct."

While the new policy requires chaperones to be in the park for the entire visit, Kentucky Kingdom said they do not have to accompany children throughout the park.

Organized and ticketed group events, like school or church group visits, are exempt for the policy as they already have chaperone policies in place.

Kentucky Kingdom said the policy will be enforced throughout the park.

The announcement has been met with mixed reactions, as some praise the park for the action, while others are disappointed.

"I was upset because we had already purchased season passes for our daughters to be able to go together," Lisa Proulx of Oldham Co. said.

Her two daughters, 14 and 17 as of this upcoming weekend, were planning to go to Kentucky Kingdom to celebrate the eldest's birthday. While the older sister has a car, can drive, and enter the park without a chaperone, Proulx's youngest now cannot under the new rules.

older daughter can drive "and i thought that would be a fun thing for them to do to hang out together during the week."

"My children know how to behave themselves. I understand there are some kids who go there who can't behave themselves, but I think the park should deal with them on an individual basis and not make a blanket statement," Proulx said.

"I don't think they'll be able to enforce it. I think parents will walk in with their kids and then immediately leave or they're going to lie about their birth dates and how would Kentucky Kingdom know," she said. "I do appreciate that they are trying to keep people safe and I'm not hating on Kentucky Kingdom by any means. However, I am disappointed. I think it's too late. If you've already sold season passes for this year, you should honor them and maybe make the change next year."

Louisville resident Angie Johnson said he thinks if Kentucky Kingdom raised the price of season passes, it may make kids think twice about acting out in the park or on park grounds. Given past incidents, Johnson said she wasn't surprised by the announcement.

"I could see it coming because I have read a lot of events that have occurred there with some youth outside of the park," she said. "A lot of people use the park kind of as a babysitting site."

Johnson said she used to frequent the park with her kids and never had any issues there, but she understands the need for the policy.

"Causing fights, it's just not what we want in Louisville or anywhere," she said. "If the patrons can't abide by the rules as far as discipline then I can understand why."

Johnson said she does think the policy does have a negative impact on teens and kids under age 15 who do follow the park's rules.

"Some kids are very well behaved and can do quite well monitoring themselves and following the rules," she said.

Kentucky Kingdom is offering refunds for season pass holders who purchased them for the 2021 season prior to the announcement. You have to submit you request for a refund by May 31.