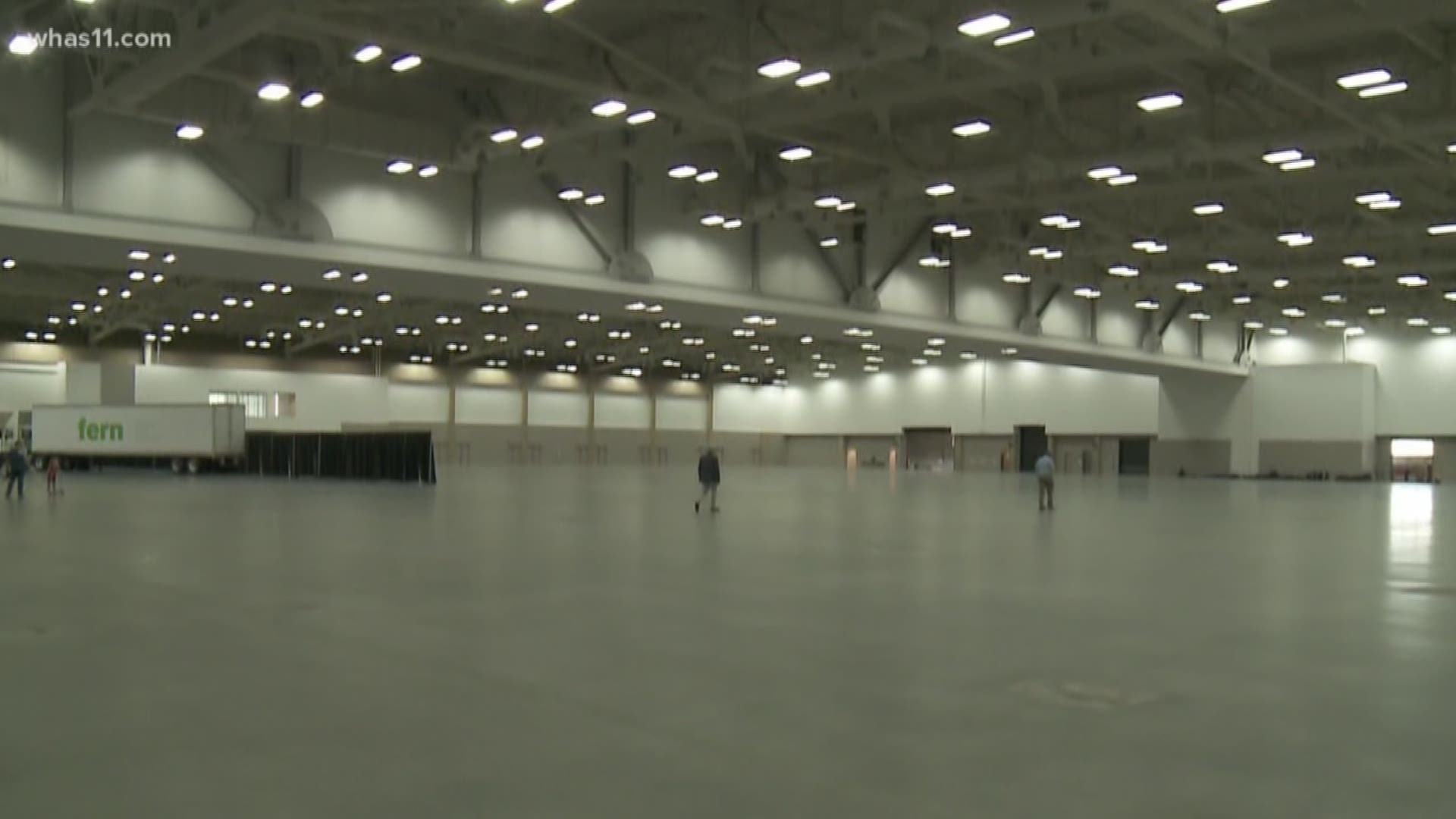 LOUISVILLE (WHAS11) – After two-years and more than $200 million, the Kentucky International Convention Center is open for business.

“They tore it down and built it back in 24 months. It’s an amazing feat of engineering and construction. So, we’re very optimistic about the future. This is really a good step forward for Louisville and for Kentucky,” Secretary of the Tourism, Arts, and Heritage Cabinet Dan Parkinson said.

The Kentucky International Convention Center welcomed quite a crowd to kick things off Monday morning. From the Churchill Downs bugler to Louisville's Linkin' Bridge both performing, the grand reopening was indeed grand.

“To open this today, it’s the exclamation point on all the great momentum in our city,” Louisville Mayor Greg Fischer said. “This is a world-class facility that’s got all of the latest. It complements everything else we’re doing, looks like our city, brings the heritage of our city alive, so it’s just going to lead to more great growth for Louisville.”

This expansion added more than 900,000 square feet to the center. That includes 52 meeting rooms, a massive kitchen, conference theater, and more exhibit space.

Leaders talked about the economic impact KICC will have at Monday’s grand opening ceremony. It already has 84 convention groups booked, which is worth $246 million. The project came in on time and on budget, which everyone agrees is something that should be celebrated.

“Now with this opening up, we’ve got $250 million of known economic impact already from what we have on the books. So, this will quickly go over a billion dollars and regenerate so many businesses in downtown Louisville,” Fischer said. “This is an incredible day for Louisville, two years of hard work. I want to thank all of our local businesses for keeping downtown booming with bourbon tourism, the Ali center tourism, and now to open this today, exclamation point on all the great momentum in our city, so a great day."

Monday morning may have been the first look for many, but this day has been a dream for a while now for others.

"I'm just looking at this building like wow, we opened this up,” Local 576 laborer Enjoli Blue said.

Blue had a hand in plenty of what you see today.

"Whether it was painting, stainless steel, or whatever it is, we have to get it done,” Blue said. “We’ve done just about everything.”

With all of her hard work paying off, Blue couldn’t stop smiling about the finished product Monday.

"I think the ballroom is cool,” Blue said.

It's a facelift leaders say will launch Louisville into the future and give it an edge when competing for conventions. It's walking distance to plenty of downtown hot spots, close to more than 6,000 hotels, and easy to get to- all advantages that make it a triple threat.

“You have all of this new economic development. Two-thirds of the U.S. population can drive to Kentucky in 24 hours. So, that is a big advantage Kentucky has over other states,” Parkinson said.

“People all over the world are hearing about the great momentum of our city, so when they come and see a facility like this, they’ll say this is a great place and we need to come back,” Fischer said. “It says Louisville is competing and Louisville is winning on a global stage.”

The first convention group will be here on Wednesday, August 8.