Unless a baby is cruising, pulling up or taking steps, health officials say a bruise should immediately cause alarm. 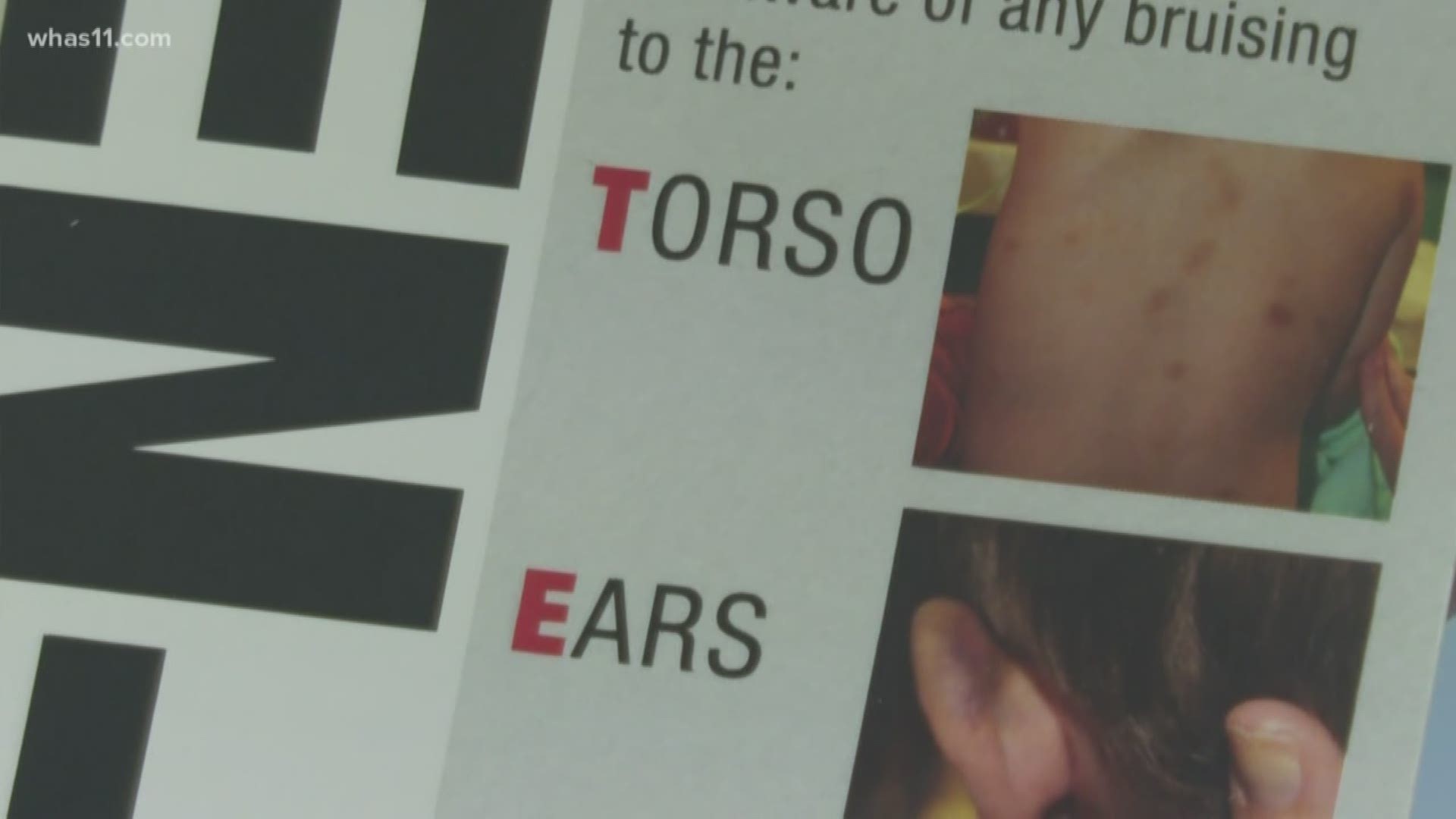 A two-month-old remains on life-support after police say his father severely beat him.

Kentucky and Indiana are the top two states in the country with the highest child abuse rate. Norton Children's Hospital said about 22 children out of 1,000 were abused in Kentucky in 2017. It ranks first in the nation, followed closely by Indiana's 19 victims per 1,000 children.

"These kids are being hurt in ways – not just with bruising – but with the slamming and the punching and the other impact injuries,” Erika Janes in the prevention and wellness department at Norton Children’s Hospital said.

Whether a parent or a bystander, Janes said catching the warning signs early is vital.

"Don’t underestimate a bruise,” Janes said. “That is something that is very shocking to see on a baby's body."

Unless a baby is cruising, pulling up or taking steps, Janes said a bruise should immediately cause alarm. The Torso, Ears, and Neck (Ten-4) Bruising Rule on a child four years or younger aims to raise awareness.

"If you see bruising anywhere there that is an emergency evaluation that's needed,” Janes said.

The Ten-4 Rule was created by Norton and hospitals across the country have adopted it to help educate and raise awareness.

Janes said other signs include if a child's head is swelling, excessive irritation, or if they are not waking up.

"We've had children saved because a neighbor has heard a baby cry in a way he didn't hear a baby cry before,” Janes said.

If you feel yourself losing control with a child, Janes said it is okay to step away, and just because a baby is crying does not mean it's your fault.

"Keep in mind through this whole thing you are not a bad mom, you are not a bad babysitter, and this is not something to take personally,” Janes said. “Make sure you say that to yourself -- whatever you have to do to stay positive."

If if you know a parent who is feeling stressed officials advise to offer a helping hand.

"Maybe you can run an errand for them,” Janes said. “Maybe you can watch the kids for a while, or if you see someone about to strike a child maybe you can intervene.”