Was Matt Bevin trolling the Dems? The governor wore a special blazer featuring the president's face. 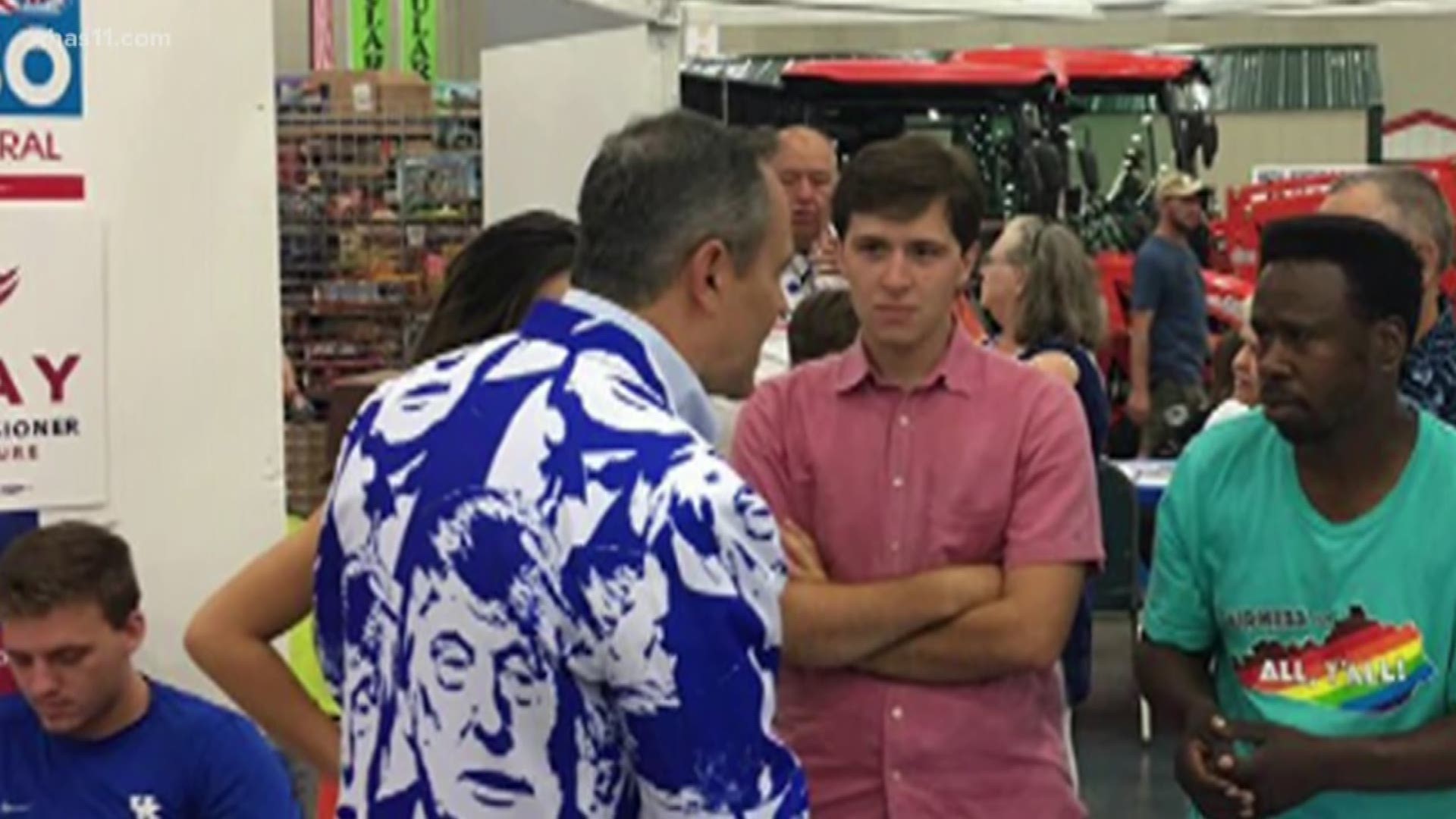 LOUISVILLE, Ky. — It was the visit that left many scratching their heads.

Dozens of posts with pictures of Bevin in the jacket received a variety of reactions on social media, especially from Louisville Democrats.

“Hey Bevin. Trolling volunteers at the Kentucky Democratic Party’s booth at the State Fair? How old are you?” the group said on Facebook.

Bevin could be seen shaking hands and chatting with volunteers who were staffing the booth.

The governor didn’t make any mentions of his visit on any of his social media pages but did share a post telling everyone to visit the fair.

Trump is scheduled to visit Louisville on Aug. 21 to headline a private re-election fundraiser for Bevin. Details of where that event will take place have not been disclosed to the public.