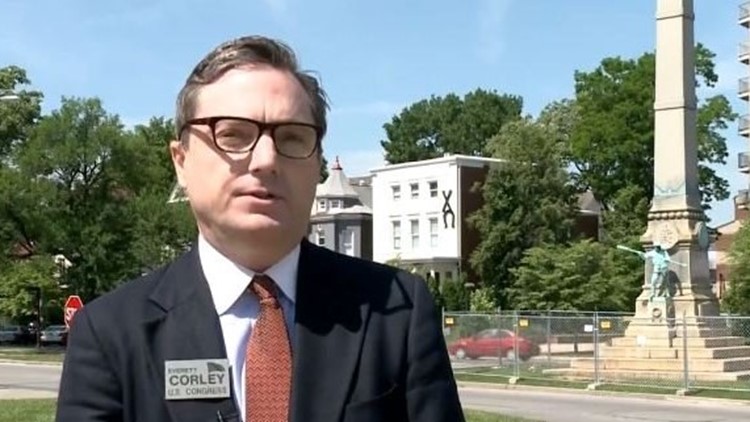 LOUISVILLE, Ky. (AP) - The Republican Party of Kentucky is disavowing a GOP candidate for the state legislature who is being criticized for racially charged comments he's made in the past.

Everett Corley narrowly won the Republican nomination for the 43rd District House seat in Louisville. Two years ago, he sued to stop the removal of a Confederate soldier statue near the University of Louisville. The Kentucky Democratic Party this week accused Corley of being a white nationalist and pointed out that he called a U of L professor a "dirty black bastard" during the fight over the Confederate statue. The city removed the statue, and Corley apologized for the comment.

In a release, the GOP called Corley a "perennial candidate with a history of offensive statements and behavior." The state GOP says it would not support his candidacy now or in the future.