The lawsuit states that the Lincoln Trail Growers Association want Nucor to develop in their community but they say the deal was cut unlawfully. 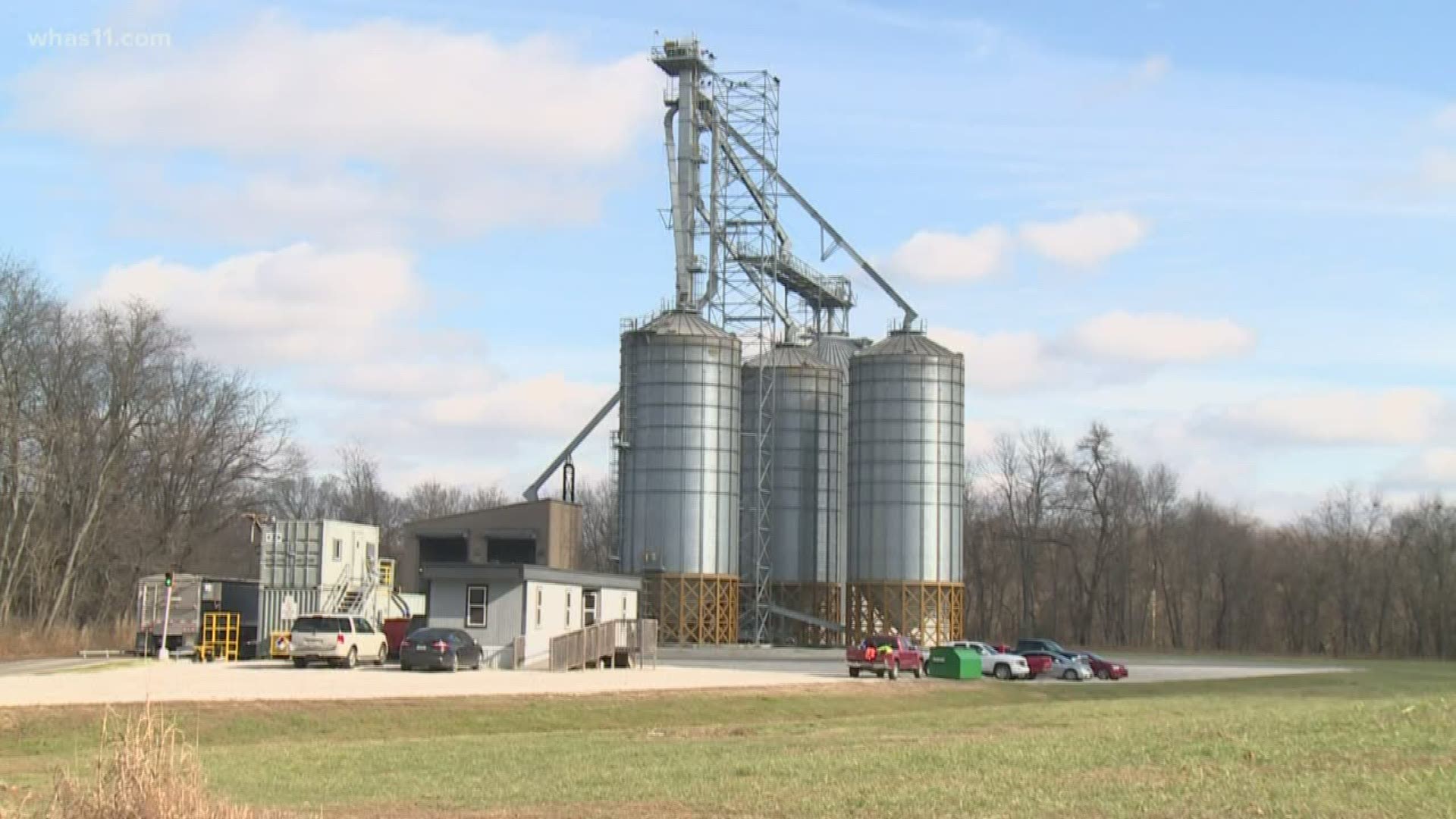 MEADE COUNTY, Ky. — WHAS11 News has confirmed a group of farmers also known as the Lincoln Trail Growers Association filed a lawsuit and restraining order Thursday to prevent the closing of the Consolidated Grain and Barge Company (CB&G Co.) elevator.

A Nucor steel plant is to be built on 900 acres in the riverport and part of the area set aside for the project includes the current location of the Consolidated Grain and Barge Company elevator. That development is to cost Nucor $1.3B.

The farmers claim that they were lead to believe that the Nucor project would not mean the end of a grain elevator on the riverfront.

The lawsuit states farmers want Nucor to develop in their community but they believe the deal was made unlawfully. Lawyers write, “The Grain Growers Association respectfully submits that, had the process leading up to the Nucor deal been conducted lawfully, it would have led to a different and far better outcome in which, after a public and lawful process, Nucor builds a steel plant while the grain farming community maintains its grain elevator.”

Lincoln Trail Grain Growers Association members claim that county meetings were held in violation of the Open Meetings Act and members of the Riverport Authority were replaced because they would not have supported a vote to move the Nucor plan forward.

We contacted Meade County Judge Executive Gerry Lynn who said that while he could not comment directly on pending litigation, he suspected a lawsuit was coming. There is a scheduled hearing on January 9th for a judge to consider the restraining order while the lawsuit plays out in court.

When asked for his thoughts, Judge Executive Lynn said that they intend to move forward and will see what the courts decide.

In December, WHAS11 News approached Kentucky Governor Matt Bevin about the situation. The Nucor deal with a project he touted as a huge success. However, some farmers thought Governor Bevin’s answers to questions downplayed the situation and felt they had been misled.

The lawsuit reiterates some of those concerns by area farmers: “Over the ensuing months, members of the Fiscal Court and the Development Authority gave public and private assurances that the grain elevator would remain open until it could be relocated elsewhere in Meade County. In fact, however, and with the knowledge and participation of the Fiscal Court and Development Authority, Nucor and CGB were simultaneously negotiating a deal for Nucor to pay CGB $20 million to close the grain facility and vacate the riverport, thus enabling Nucor to take exclusive possession of the property on which the grain facility is located.”

Read full copy of the lawsuit below:

We’ve reached out to CGB and Nucor and will continue to update this story.