A cattle farmer is being recognized for efforts to save the planet and it may change the way you look at a field of cows the next time you zoom down a country road. 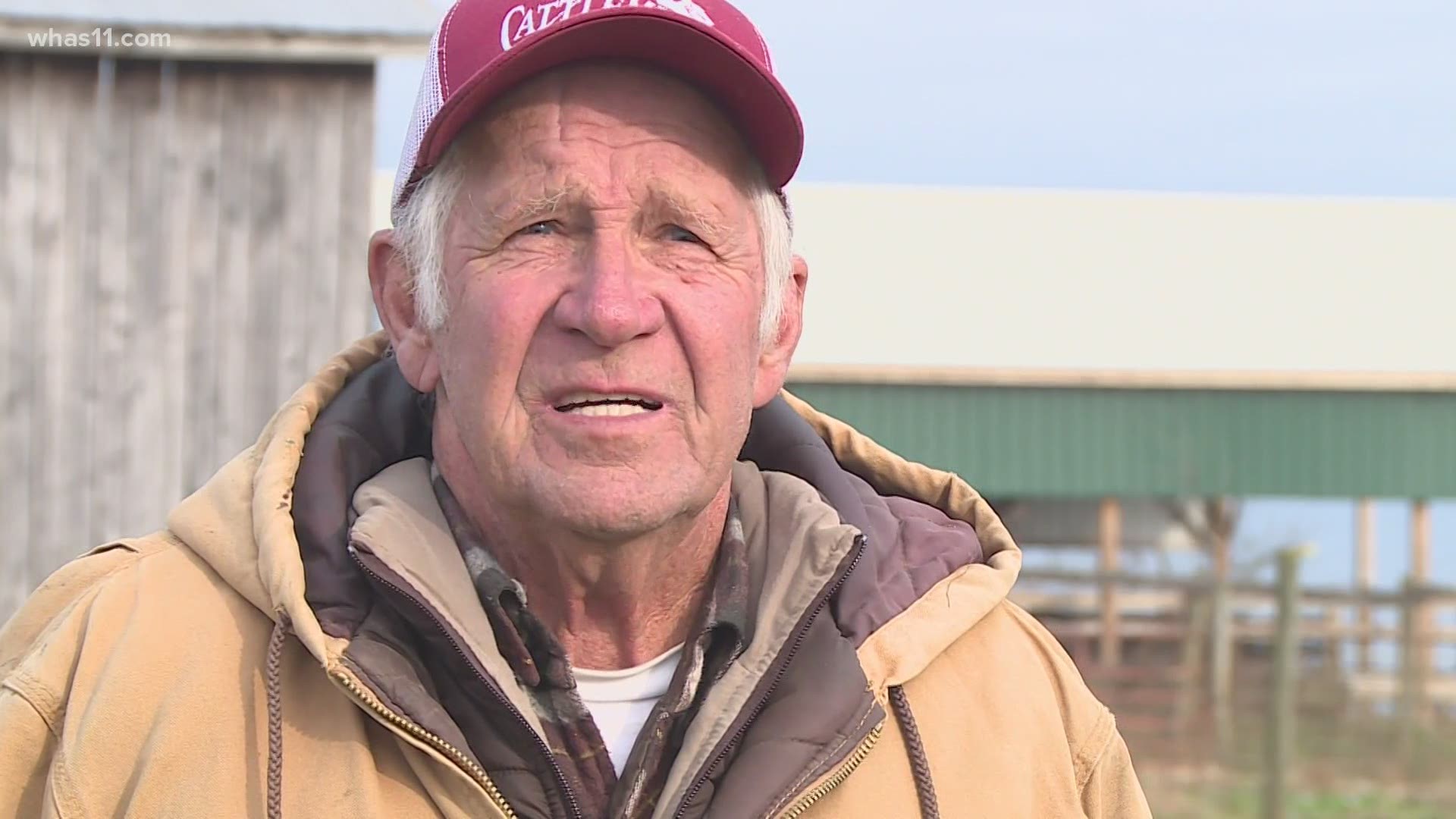 LAWRENCEBURG, Ky. — If you zoom down a country road, stare out the window and stare at a field of cows, you may be seeing more than you know.

A cattle farmer in Anderson County, Kentucky owns what looks to be a typical farm but beyond the casual glance, you’ll notice an effort to protect the environment.

His attention to the environment recently garnered him the prestigious Leopold Award for his stewardship efforts.

“The old saying goes that we want to leave it better than what it was when we got it and that's what we're trying to do”, said Buddy Smith.

His full name is James R. Smith, but in 80 Kentucky harvests everybody has called him "Buddy".

“When I was a baby, for some reason, that got stuck on me and I've had it my whole life”, the farmer said with a smile.

It's been a life of dedication to family and the land. His Lawrenceburg area farm now stretches 385 acres. Raising certified Angus breeding stock is his specialty. His grandson, Austin, is following in Buddy's bootsteps.

“I guess I just love to farm”, Buddy told us. “I just like to see stuff grow and see my cattle have their little ones and they grow up. I just love to do it.”

The people behind the Leopold Award for environmental land stewardship would say Buddy is just as good at keeping the earth healthy as he is rearing healthy cattle.

Buddy's techniques include a feeding area that prevents the animals from destroying the soil in winter, water tanks that allow for rotational grazing, rock lined drainage ditches, gully plugs and other practices.

“I said I was just going to keep on farming until it's all gone”, he laughed. “Well, it didn't' take very long. In farming, you can soon put it back into stuff.”

Yes, he sunk all ten grand back into his cows.

We pointed out that that sort of sounded like “recycling”.

Buddy replied with a laugh, “Yes it is.”

Nominations for the next Leopold Award winner open up in a couple of months. If you know a farmer who is doing their part to be good stewards of the land, you might want to check it out.

RELATED: VERIFY: Cow farts are real, but it's their burps that release more Greenhouse Gas