'We hope that it's the longest two minutes in the history of sports': Several groups plan protests for Kentucky Derby weekend

Attorney General Daniel Cameron said his office is not planning to make an announcement in the Breonna Taylor investigation this week. 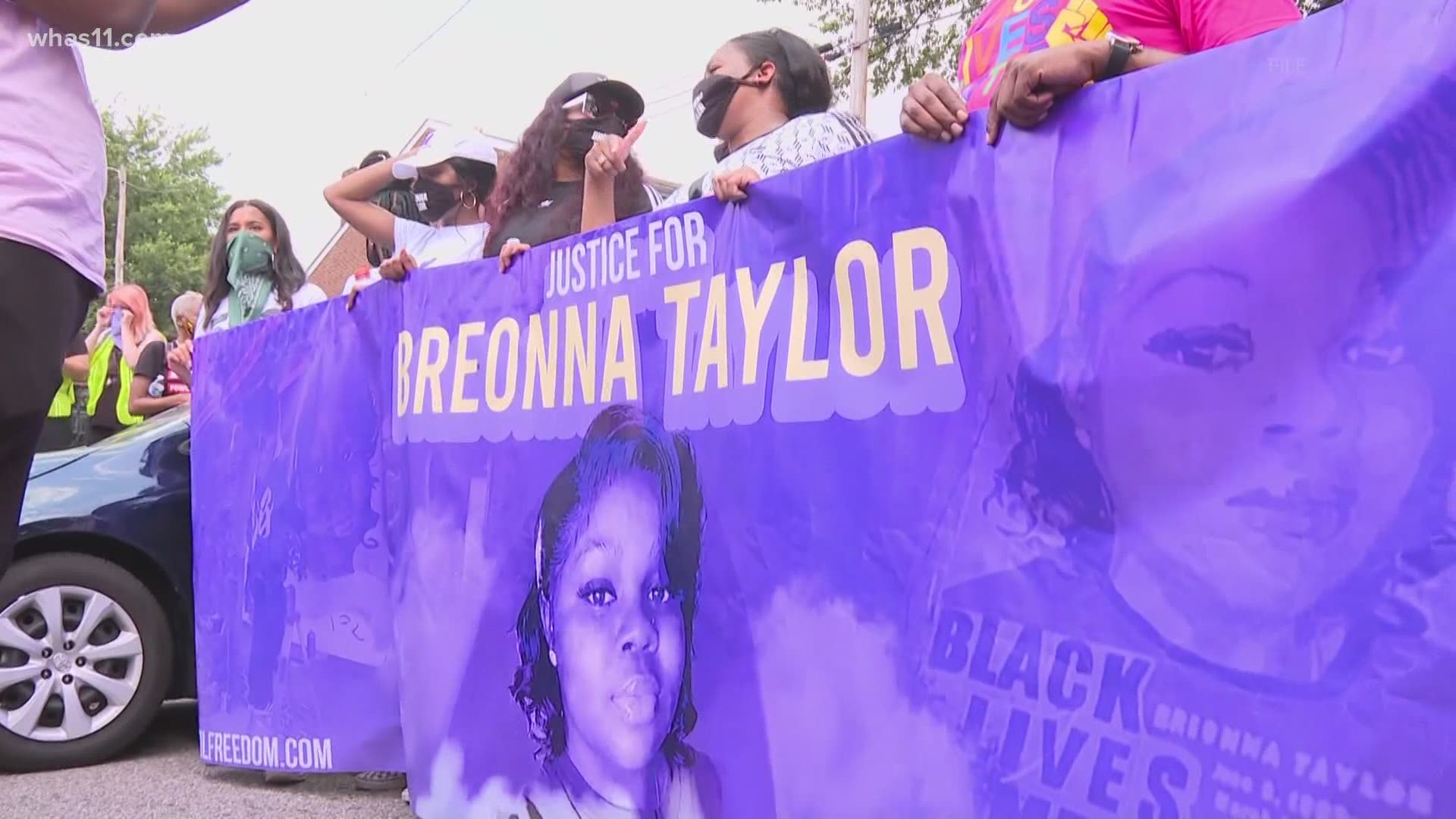 LOUISVILLE, Ky. — While there will not be spectators at the Run for the Roses, protesters still plan to march the streets this weekend during the Kentucky Derby.

Attorney General Daniel Cameron said his office is not planning on an announcement in its investigation into Breonna Taylor's death, saying a ballistics report given to his office by the FBI paints a clearer picture of what happened that night. Still, some protesters are growing tired of the delay as they continue demanding justice.

"We plan to be what Martin Luther King called 'creative extremists,'" Pastor of Kingdom Fellowship Christian Life Center, Timothy Findley Jr. said. "We plan to get the message out by any means necessary."

Findley, the founder of the Justice and Freedom Coalition, said their presence will be felt Derby weekend. He urged his followers on Facebook Sunday to gather supporters and meet in South Central Park on Derby Day.

"The eyes of the world will be on the Kentucky Derby and here in Louisville, as the world sees, it's been almost six months since Breonna Taylor was murdered," Findley said. "It's been almost 100 days of protests and yet there has been no justice."

As Derby captures millions of eyes from around the world, Findley said they intend to put a spotlight on the 26-year-old.

"We hope that it's the longest two minutes in the history of sports," Findley said.

Almost one week after the national group Until Freedom led a large protest outside Churchill Downs, the group released a flyer on social media saying #NoDerby146, urging people to meet Saturday and call on the cops involved in Taylor's shooting to be charged and arrested.

One group known as "Angry Viking" is hoping to gather people in Louisville on Derby Day to show their support for police.

"I've got people from every state, I've got people from the UK coming," president of the group Dylan Stevens said. "We're just really wanting this to go off well to show LMPD that we support them. This isn't the first place we're going to go to we got Kenosha, Wisconsin; Portland, Oregon; Washington D.C."

When Churchill Downs made its announcement to only allow essential personnel into the track, President Kevin Flanery answered questions about possible protests.

"I think when you look at all the circumstances there are a lot of people who are hurting," Flanery said. "We’ve said it in the past we want the dialogue that good dialogue equality for everyone justice for everyone that’s an important thing."

A chain link fence was put up outside the track this weekend.

RELATED: 'We'll make our presence known.' Protesters plan to head to the track on Derby day

RELATED: Kentuckians to join tens of thousands for March on Washington