The Vault: A lookback at the Kentucky Derby Museum's beginnings

The museum opened on Apr. 27, 1985 after 16 years of planning, 14 months of construction and infinite anticipation. 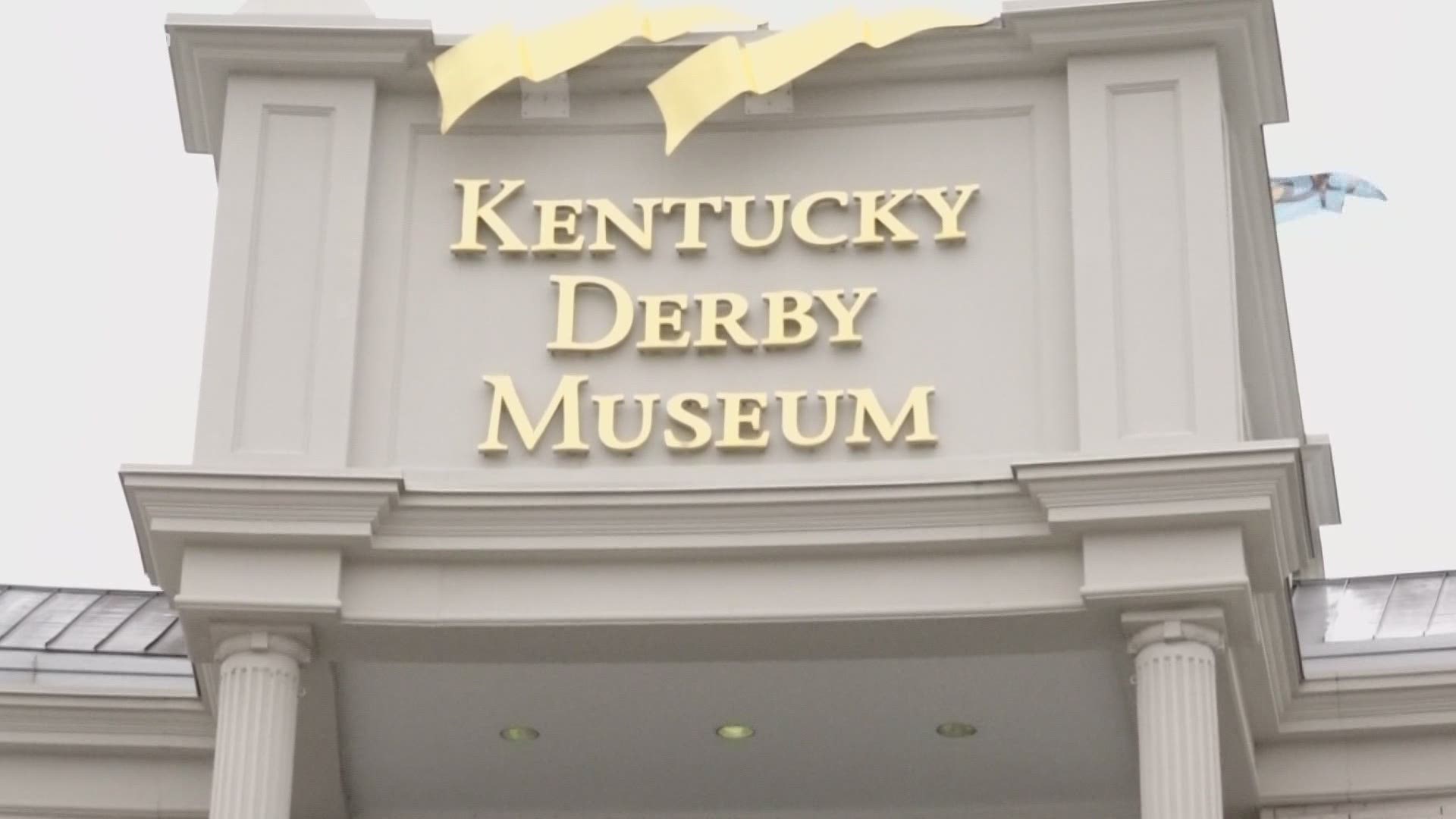 LOUISVILLE, Ky. — The Kentucky Derby Museum broke ground in 1984 and it was a long time coming for the community known as the capital of horse racing.

The museum opened on Apr. 27, 1985 after 16 years of planning, 14 months of construction and infinite anticipation.

Dressed to the nines, famous faces alongside Louisville locals shuffled into the museum.

It was an elite event and the first of the new attraction’s opening ceremonies.

“Tomorrow morning it's the public's turn with an eleven o’clock ribbon cutting ceremony and if there's any kind of a sure bet at Churchill Downs it's that the new derby museum will be the number one tourist attraction."

The museum was dedicated to James Graham Brown – the hotel and horseman who provided funding for the new museum, requesting it be a bigger and better tribute to the fastest two minutes in sports.

Credit: WHAS-TV
In this file photo, then freshman Senator Mitch McConnell attends the grand opening of the Kentucky Derby Museum in 1985.

On the 5th anniversary of the museum, former WHAS-TV anchor Melissa Swan got a look inside at the multiple levels of exhibits.

“Take a trip back in time to Derbies captured on film since 1918," she said.

Since then, the motivation behind the museum's dedicated staff hasn't wavered.

A look inside at today's displays show the building is still a treasure trove of Derby's most memorable moments.

“To be the storytellers, to be the legacy, to be the deliverer of the history of such an amazing event is a real privilege for us to do that and we bring Kentucky Derby every day here at the Derby Museum," Armstrong said.