Small districts battle reputation of being behind in mental health and suicide awareness, leading charge in prevention efforts 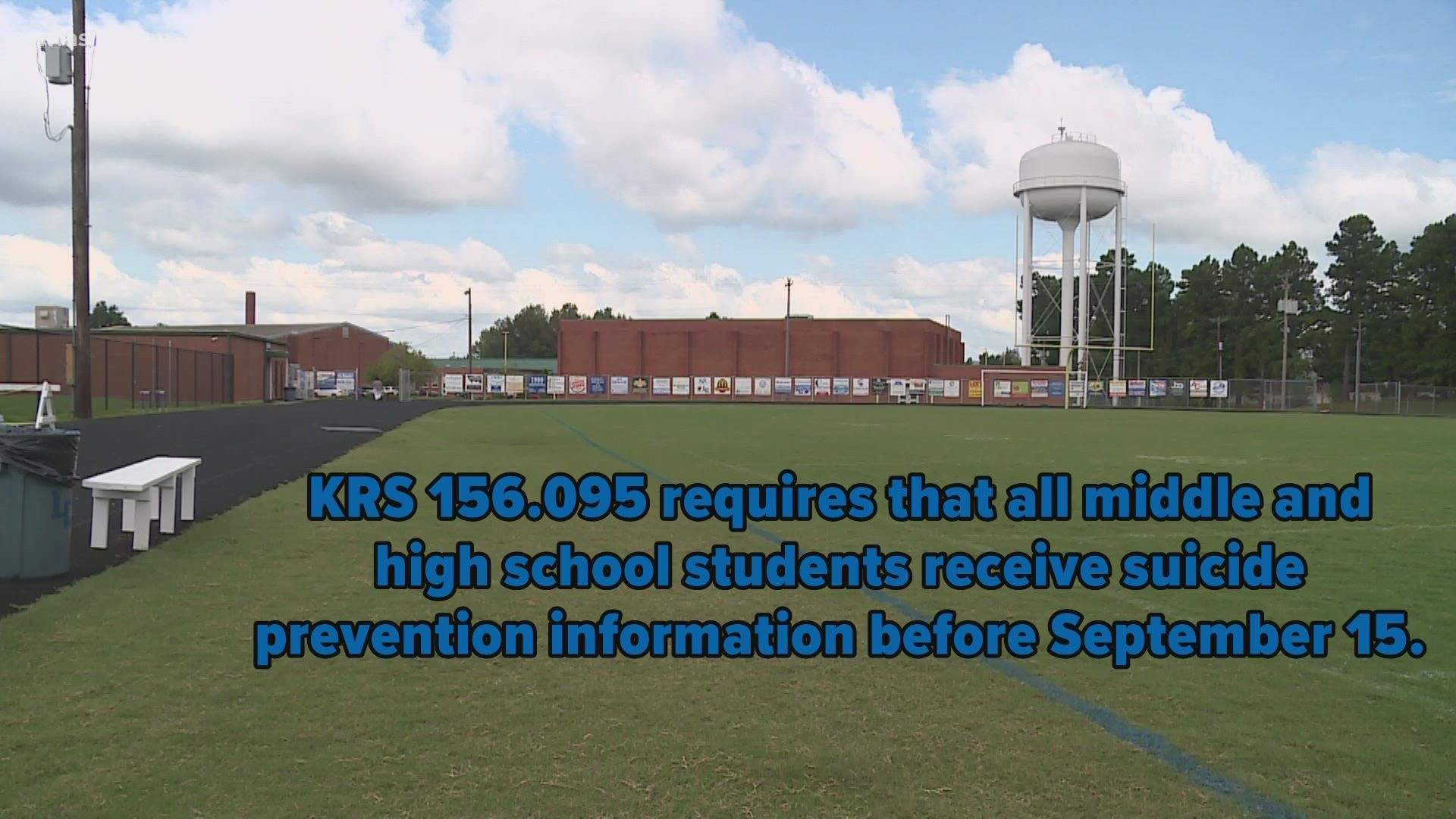 KENTUCKY, USA — The second leading cause of death in middle and high school age children in Kentucky is suicide. Schools across the Commonwealth are working to prevent suicide, but two schools in our rural communities are leading the way with their 'Sources of Strength' programs.

"We had a teacher at our middle school and I was in high school at the time, but I knew this teacher because I came from the middle school," said Marsha Duncan, who works in Family Resources at LCHS. "She completed death by suicide. I, to this day, remember how that made me feel. We didn't talk about it."

In the 26 years she's worked at Larue County Schools, Duncan has watched the conversations around mental health and suicide evolve.

"As we see people struggling, we realized, 'Hey, we need to have some open dialogue.' Duncan said. "Some real talk about suicide."

Like several other school districts, Larue County created a Sources of Strength group, appointing middle and high schoolers with the responsibility of helping their classmates.

"We talk about it all the time," said Sarah Butler, a senior at LCHS. "We talk about our mental health. We have months dedicated to mental awareness and being just mindful."

Sarah Butler is a member of marching band, also juggling college courses and a member of Sources of Strength. She knows first hand how suicide causes ripples through a community.

"There was this girl who did," Butler said when asked about suicide in her community. "She was part of band in middle school, and it hit us hard. It drug us down. We all went to her opening, her casket, and went to her funeral. It was really sad. That was one of ours."

Larue County takes a proactive approach, teaching all students what to do instead of a select few.

"Having those skills before hand helps students to identify what to do, whenever something does happen," said Lindsey Bryan, who works in LCHS Family Resources. "If you've never been given those coping skills, then you don't know what to do when that crisis happens."

In the past ten years, a new emphasis has been placed on suicide education and teaching. Kentucky has a law in the state that prevention must be taught in all middle and high schools, which is a change from Stephanie Burba's high school days, just a decade ago.

"I don't remember it ever being talked about in high school," said Burba, a biology teacher. "If it was talked about, it was hush hush. You're not going to increase suicide by raising awareness of it. You're going to create an atmosphere where kids are comfortable and safe to discuss it."

They're continuing their mission to save lives by initiating conversations about suicide. Sources of Strength encourages anyone who may be struggling anywhere to reach out.

"I think one of the most valuable tools through the Sources of Strength program is to share with their friend that is struggling, 'I know you're struggling, I'm concerned about you,'" Duncan said. "'I want you to go with me to talk to this trusted adult that can point us in the right direction to get you the help you need.'"

Another hour further south towards Tennessee, and you'll end up in Adair County. They also have a Sources of Strength program, and they've seen positive results.

Adair, like many of our rural communities, have battled against stereotypes associated with being out of the big city.

"We have an incredibly good school culture," Parnell said of the county and school where he is a first year principal.  "We're active, the student body is active with school spirit. The teachers want to be here, they want to teach students."

Through the corn stalks, Adair County High School is nestled in Columbia, Ky.

Parnell was born and raised here, he went to high school here, and now he's the principal here.

"We see more mental health concerns now, that I as a student, of course as a student I didn't pick up on that, but I don't feel like we had as much, there was a stigma there," Parnell explained. "You didn't want to talk about it, you didn't want anyone to know about it, of course that's completely changed. We want to get students the help they need and we have a lot of resources available for that."

Adair county is one of several in our area that introduced a resources group called Sources of Strength.

"It's very important," said Brody Blair, a sophomore who has been part of Sources of Strength since middle school. "If you see someone that just needs something to brighten their day, always go for it, never hesitate. It's just something you can do. It doesn't take anything out of your day to be kind to someone."

"I think in middle school when Sources of Strength became a thing, that I started to know more about it, and like everyone else did, like mental health, depression, suicide, all of it," said junior Madeline Harwick.  "I think it became talked about a lot more."

Brody and Madeline are just two of the members of this student group tasked with taking care of their classmates mental health. It's big undertaking but the lessons passed along from the core group to the student body save lives.

"If people have things they need to talk about, I feel like they know they can go to their peers, a trusted adult, a counselor, and it used to not be that way," Madeline said. "It's great."

There's no specific target students for Sources of Strength. The entire student body is given the tools to work through issues, focusing on preparedness, not reaction.

"On the day to day like weekly kind of things, it's more of us going out, not as a group, but just us," Brody said.  "As a friend, as a peer, and just talking to them."

With a student body of just over 800, the principal told me, and Brody and Madeline confirmed, there hasn't been a student suicide that they remember.

They're using their platform to help others, and Sources of Strength wants to share this message with anyone who might be struggling.

"It may not feel like there's someone listening to you, or someone you can talk to about it, but there are," Brody said. "Find a good friend or a trusted adult you can talk those feelings out with and they can definitely help you through that."

If you're struggling with suicide, you can call Seven Counties at: 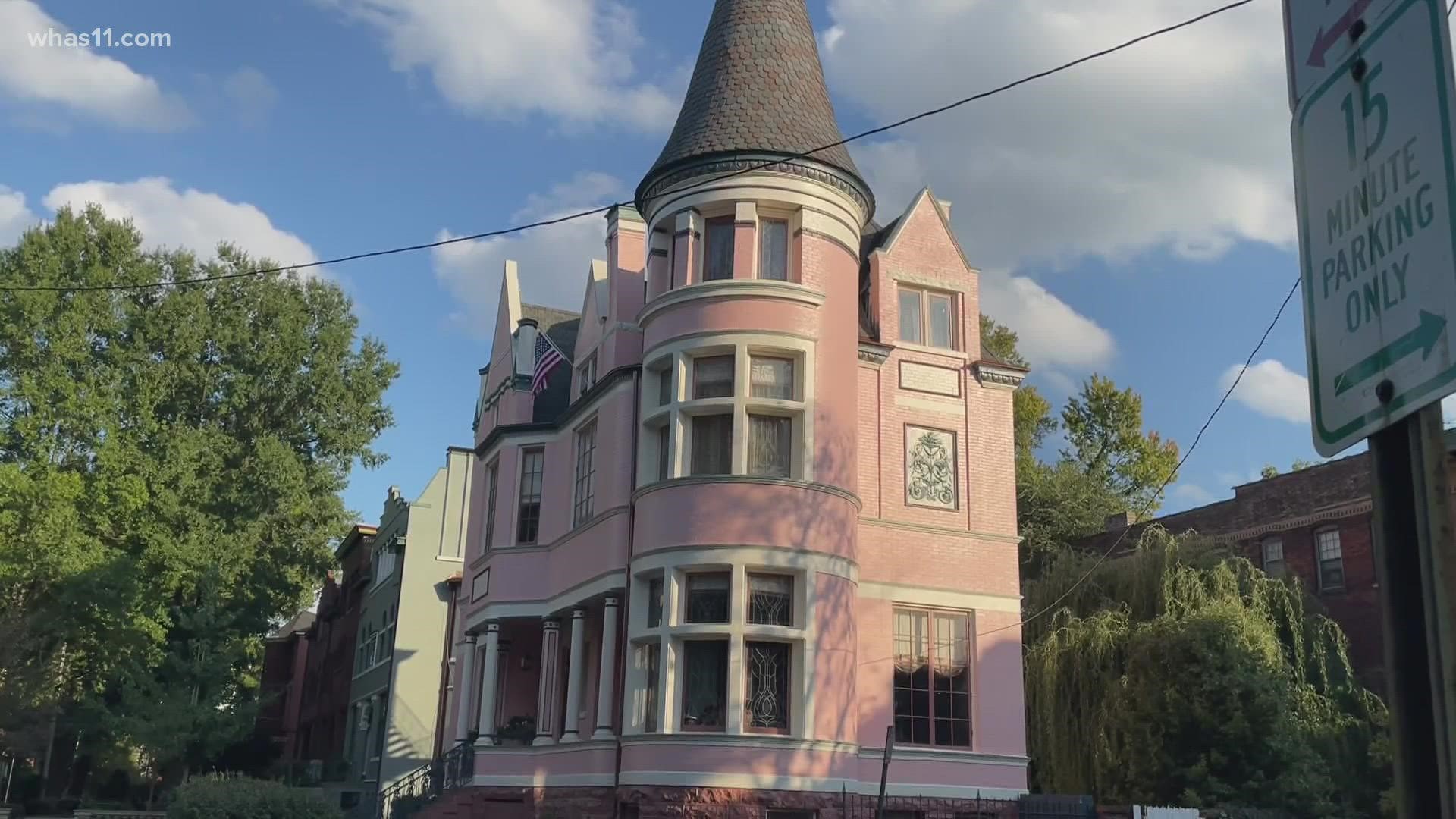