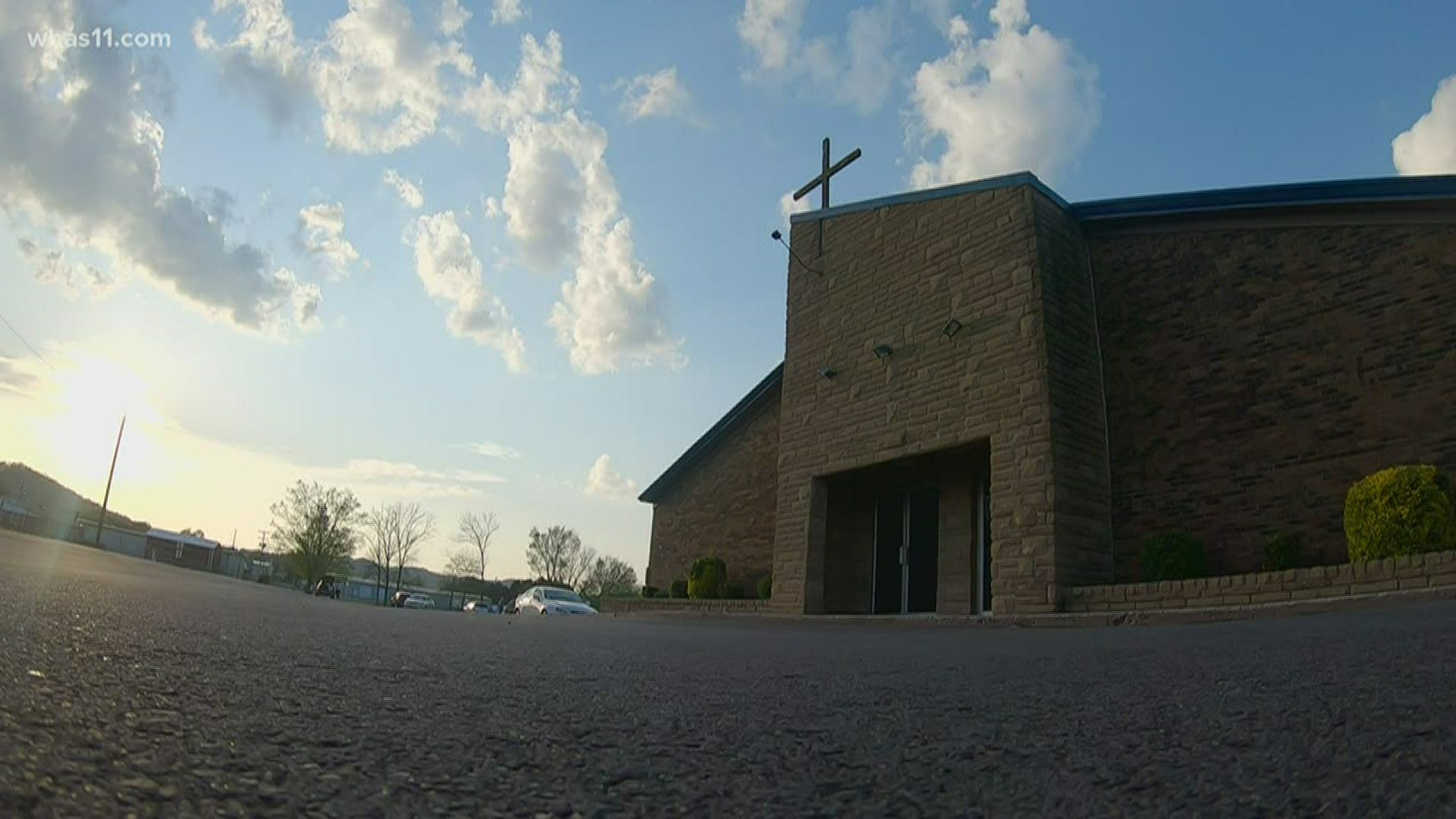 TJ Roberts, Randall Daniel and Sally O'Boyle all attended the church's in-person service in Hillview Sunday, April 12. When they returned to their cars, they found notices to quarantine placed on their windshields by Kentucky State Police.

Those behind the lawsuit say the notices targeted religious services instead of other gatherings, and threatened criminal action against all vehicle owners.

"One of the things that amazes me is that the governor has claimed to have the ability to decide what is essential. I would go so far as to say worshiping god as you seem sit within your conscience is an essential service," said Roberts. "I want the courts to uphold the longstanding precedent that your liberties, especially the rights to peaceable assemble, still matter."

The lawsuit claims Beshear's order was to "harass, charge, intimidate, and threaten the churchgoers from Maryville Baptist Church and other church services, and not to any other public gatherings."

Roberts, Daniel and O'Boyle said they all attended the service because they believe in-person church attendance was required. The suit said the three “ensured appropriate social distancing” and refuse to self-quarantine unless they are diagnosed with COVID-19.

They are asking a judge to declare Beshear's order unconstitutional and rule the quarantines cannot be enforced as their "free exercise of their religion is being violated."

"And the notice that they put on the windshield was hey, you're subject to criminal penalties for going to church on Easter Sunday," said Robert's attorney, Chris Wiest. "If this were just about the health department maybe reaching out to them and people encouraging them not to be doing these things, I don't we would have gone into federal court. Because we think the notice was a threat of prosecution and frankly an overreach."

The suit said there are "numerous exceptions" to Beshear's order, including factories "where far more people come into closer contact with less oversight."

Beshear responded to the suit in his latest update saying opportunities to worship are important, which is why options like virtual services and drive up's are options.

"Folks here in Kentucky there are so many different ways to worship and all but one church in this commonwealth are engaged in it," Beshear said.

Roberts also said the governor's travel ban is a violation of the fundamental right to travel, "depriving...Kentuckians of rights secured by the United States Constitution."

All of the plaintiffs said there is no due process, as there is no process to appeal any order or show evidence that they were adhering to CDC guidelines.

Maryville Baptist is believed to be the only church in the state to maintain in-person services and receive notices for quarantine. Rev. Jack Roberts with the church said he was not bothered by Beshear's warnings.

“I took a picture of my license plate on the back of my car and sent it to the governor yesterday,” Roberts said.

It is unclear if the plaintiff TJ Roberts is related to Rev. Jack Roberts.

A University of Louisville law professor and Dr. Albert Mohler Jr., president of The Southern Baptist Theological Seminary, said the governor is within his rights to prohibit in-person services.

Kentucky Attorney General Daniel Cameron said politicians should not churches not to have drive-in services, as long as they are properly social distancing, but did not comment on the cancellation of in-person services.

WHAS11 has reached out to the governor's office for comment.

RELATED: Telling churches to cancel in-person services is not a violation of the First Amendment, expert says