The bill is named the "Baby Dre Gun Safety Act" in honor of Andre O'Neal, an 8-year-old boy in Louisville who was killed by a stray bullet in January 2016. 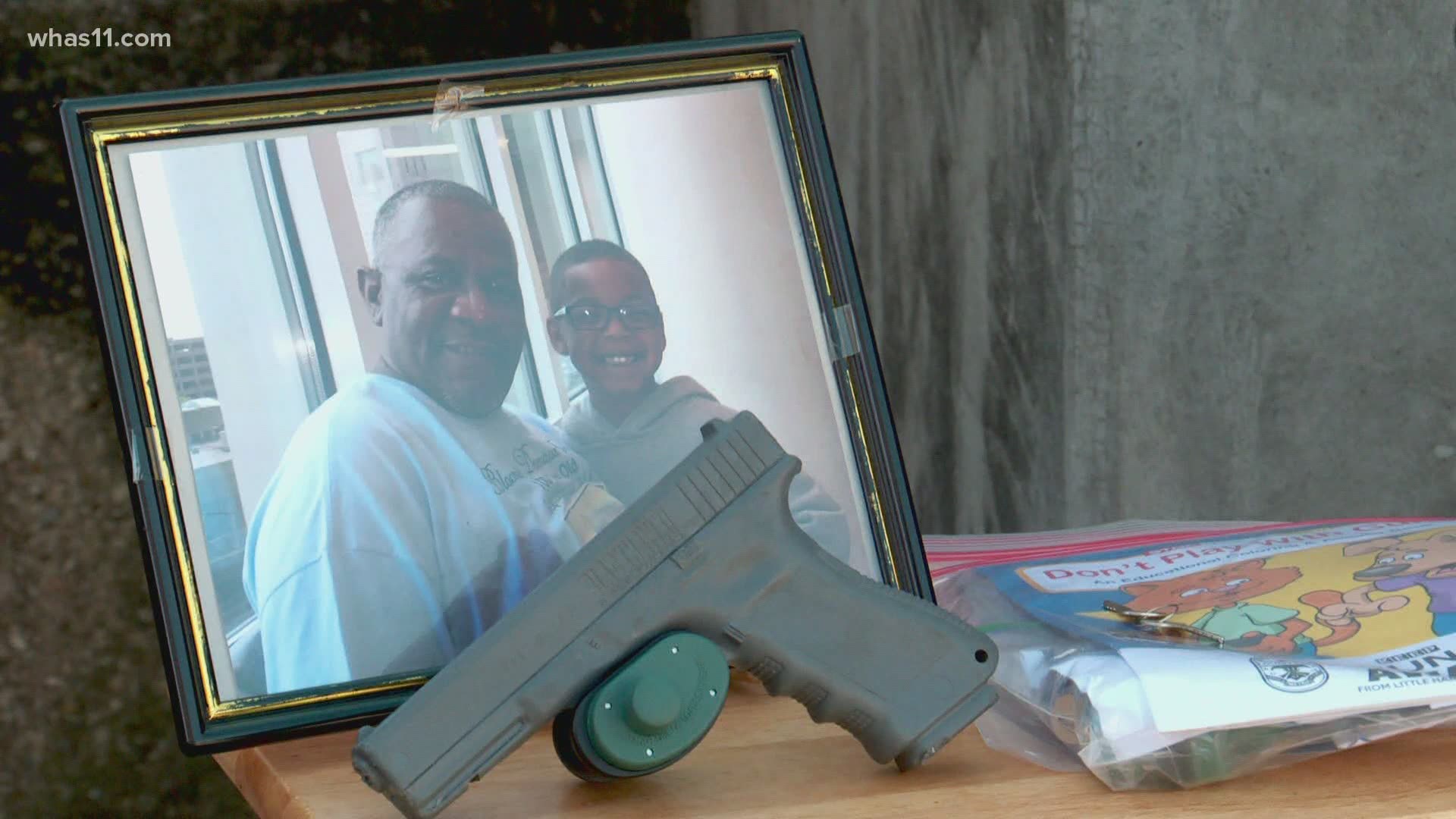 LOUISVILLE, Ky. — A bill pre-filed by a Kentucky state representative seeks to protect children from gun violence by charging gun owners with misdemeanors if a child is able to access an unsecured firearm.

"We can err on the side of abundant caution and just to make sure people keep their guns secure," State Rep. George Brown Jr., D.-District 77, said. "That's it. That's really all it's calling about."

Rep. Brown said the bill does not seek to keep people from owning firearms but instead would require gun owners to practice gun safety by keeping their guns secure and out of the reach of children. Failure to do so would be a Class B misdemeanor unless there is injury or death, in which case it would become a Class A misdemeanor.

The bill is named the "Baby Dre Gun Safety Act" in honor of Andre O'Neal, an 8-year-old boy in Louisville who was killed in January 2016. O'Neal, known as "Baby Dre," was at a babysitter's home when a man dropped a gun, which fired and a bullet hit the child, killing him.

"He'd always say, 'Holla back, Papaw.' I never understood what 'holla back' meant, but each day that I think about him and talk about him, I want to holla back at him," Luther Brown, O'Neal's grandfather, said.

Brown had worked for many years trying to keep children safe from guns, even before his grandson was killed. Brown started Little Hands Little Feet and has worked with many local organizations to give out free gun locks and educational materials to families to promote gun safety.

Elgin Anders, the man who accidentally killed O'Neal, was convicted of reckless homicide, but Brown said too often in Kentucky, no one is charged in accidental shooting deaths of children, especially when it's a case where a child finds a gun and shoots himself or herself or someone else.

"Now we want to change that because adults need to be held accountable," Brown said.

Brown said he has seen the number of these cases rise over the years and the data has shown similar trends. Norton Children's Hospital reported 46 child victims of gun violence from January to October this year, which is double the 23 cases it saw in 2019 during the same time span.

Norton Children's Hospital does not have the ability to determine what led up to the injury, like whether it was an accident or suicide, but said it is overall a significant increase.

The Baby Dre Gun Safety Act faces an uphill battle. Similar legislation has failed in past years when introduced in Frankfort, but Brown said this is the first time a victim's name has been attached to the bill. The hope is Baby Dre's story will resonate with lawmakers and spur them into action.

"I would hope it does or it will," Rep. Brown said. "And I think that Baby Dre's name could be replaced by any baby or any child."

More resources on gun safety can be found at Little Hands Little Feet.

"I know he'll rest even better knowing that he can protect a few more children in our community," Brown said.