'It wouldn't have been practical to deploy a taser': Police chief supports officer who put child with autism in chokehold

The boy's mother says it shouldn't have happened but the Graymoor-Devondale police chief stands by his officer's decision. 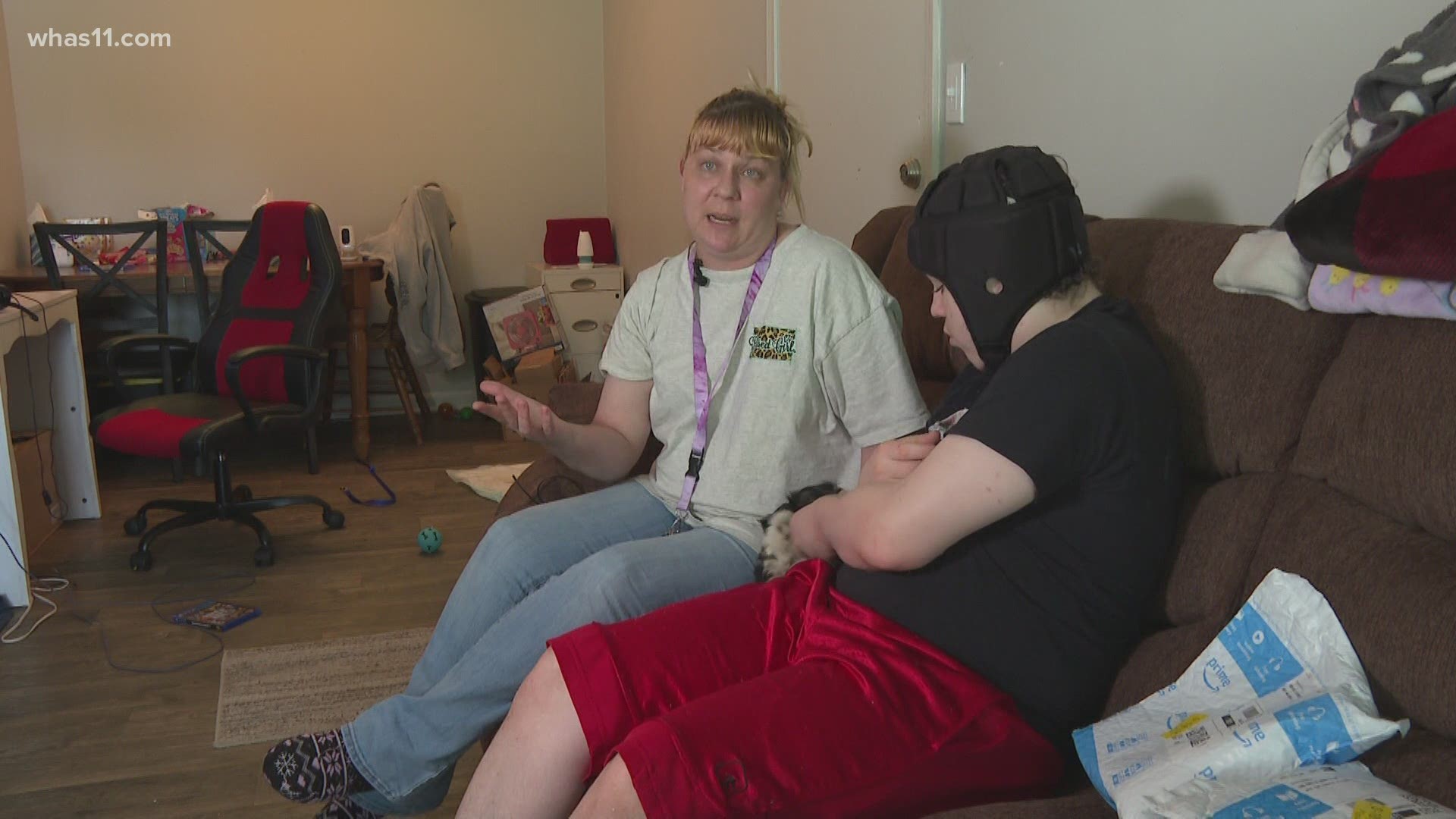 LOUISVILLE, Ky. — A 14-year-old boy was in a moment of crisis on Saturday.

When he started threatening his mother Christina Brooking, her sister called the police to intervene.

Brooking told WHAS11 News, "He had one of his moments, I guess his PTSD moments." She explained that her son Corey lives with autism, PTSD, and a physical disability.

Graymoor-Devondale Police Chief Grady Throneberry said first responders have been called to Brooking's home 20 times during the past six months for similar issues.

On three of those occasions, he said, officers had to fight or wrestle with Corey before he calmed down.

Two officers entered the apartment around 7:30 p.m. Saturday, to see Corey standing in the hallway with a broomstick.

Corey called out for the officers to slide their guns and tasers to him, as he might have heard in his video games. Officers tried to help Corey calm down and his mother said she thought it was working. Then, she heard a struggle.

"The one cop was trying to put the cuffs on one of his arms and was kind of struggling," Brooking said. "And the other cop just put him in a chokehold."

She described her son's face turning blue and his eyes rolling back in his head.

Chief Throneberry described the move as a "lateral vascular restraint." Rather than restricting oxygen to the lungs, this chokehold restricts blood from the head. Both chokeholds are legal in Kentucky.

"The officers applied that correctly for less than ten seconds," Throneberry said. "I think they did exactly the right thing."

"Well, because he choked my child. He turned blue, and he passed out," she said.

Brooking said she is going to file a report on the incident in hopes of keeping it from happening again, to her child or others with disabilities.

"It just really upsets me that they feel the need, that it's okay, to abuse not only a child but a special needs disabled child," she said.

The police chief said his officers made the best decision for their situation. "It wouldn't have been practical to deploy a taser," he said. "Pepper spray would have been effective except for the fact that everyone in that hallway would have been pepper-sprayed, it's not that accurate. And a collapsible baton would certainly have resulted in injury to him."

Chief Throneberry also said he reached out to an autism specialist to potentially provide additional training to his staff.

However, no official plans had been made as of Monday.