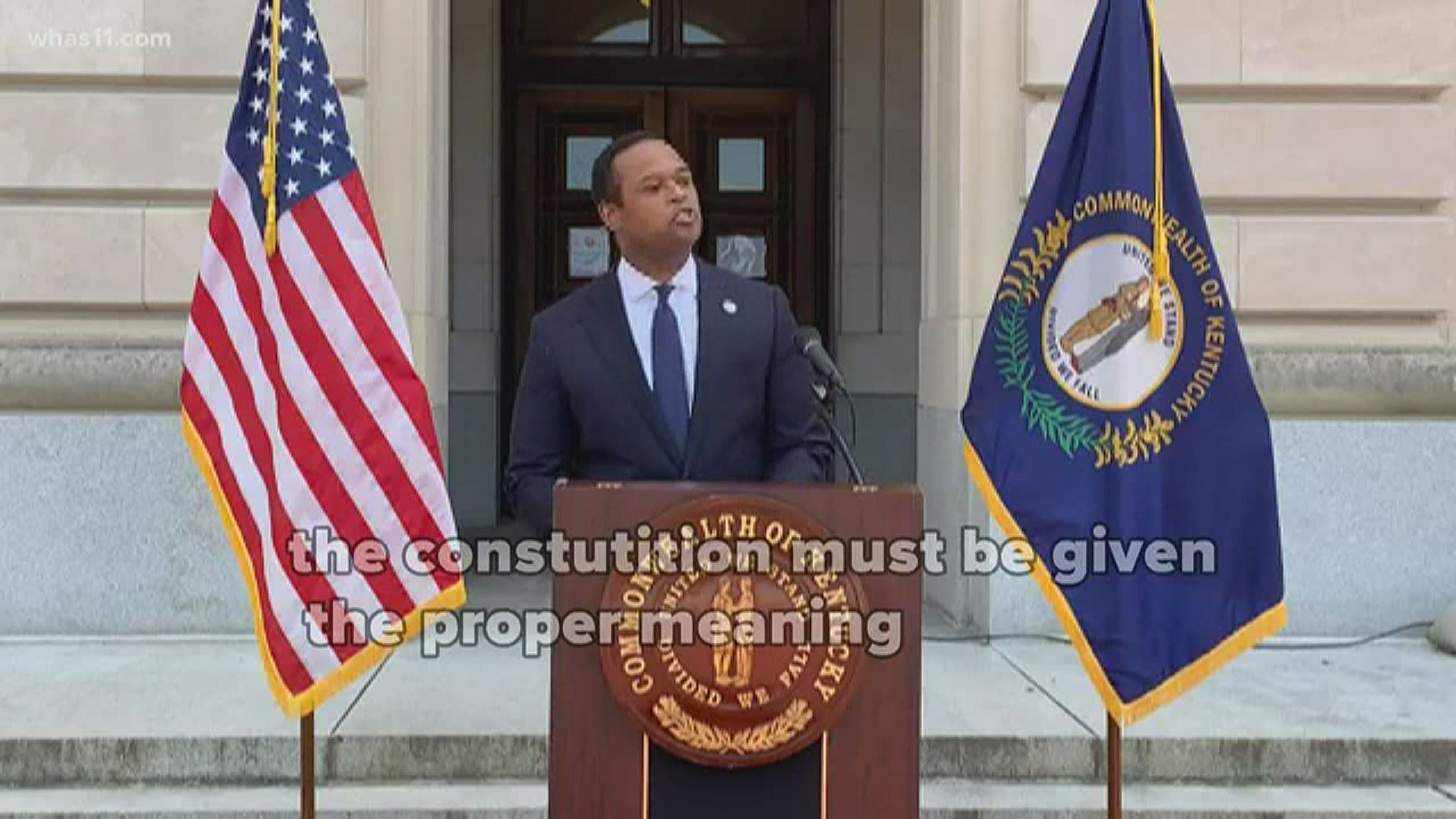 In the midst of the COVID-19 crisis, Cameron has come out saying the governor violated the first amendment by targeting religious groups, calling Beshear's executive order unconstitutional.

"Even in the midst of a pandemic, the constitution must be given the proper meaning," Cameron said.

Beshear says there has never been any bias, and the order goes beyond faith-based gatherings.

"Today he said that I had a specific order that bans church services, no we ban all mass gatherings. No one is singled out at all there," Beshear said. "We've had early rulings by a judge, indicting that they are likely to rule that everything we've done is legal."

The governor says these regulations are only in place to stop the spread of the virus. He has repeatedly cited the Hopkins County church outbreak that led to 54 cases and 6 deaths.

To prevent further instances, on Easter Sunday, Beshear ordered Kentucky State Police to record license plate numbers and provide the information of people who went to mass gatherings to the health department. It's a move that didn't sit well with Kentucky's Attorney General Daniel Cameron.

Ninety-nine percent of Kentucky's places of worship complied with the order, holding virtual or drive-up services, or not partaking. Maryville Baptist in Bullitt County was the only church that defied his order.

While Cameron pushes Beshear, he also says he doesn't actually want churchgoers to gather just yet.

Cameron says he thinks Kentucky's religious leaders will listen to healthcare experts about when the appropriate time to resume in person services will be.

Beshear says he is simply trying to keep everyone healthy, and has provided safe virtual and drive-in opportunities in the meantime.

Governor Beshear requiring masks to be worn in public, here's what we don't know about the requirement

Why did Gov. Beshear apologize to Tupac Shakur?

‘It really took her down.’ | COVID-19 hits home for Louisville pediatrician, mother