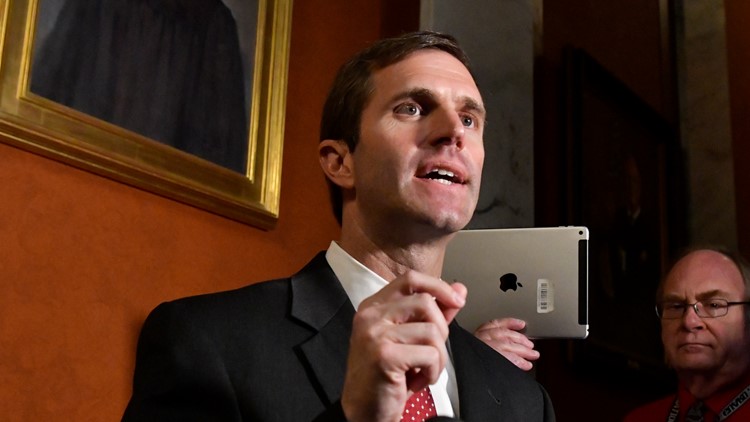 Photo by: AP
Kentucky Attorney General Andy Beshear addresses reporters outside the Supreme Court at the Kentucky Capitol, where he is challenging the legality of the 2018 General Assembly's pension reform law, Thursday, Sept. 20, 2018, in Frankfort, Ky. (AP Photo/Timothy D. Easley)

Sanofi says it will "vigorously" defend itself against the "meritless" allegations. The other defendants did not immediately comment.

The suit alleges the insulin makers violated Kentucky's consumer-protection law with schemes to inflate insulin prices. Beshear says the defendants increased the price of insulin products at least 10 times since 2008.

He says costs to make insulin are usually less than $7 per vial, but wholesale prices have jumped to nearly $300 per vial and monthly prices paid by Kentuckians can exceed $1,000.