Dozens in Hardin County held a balloon release at Freeman Lake Tuesday night, remembering 19-year-old Kenny Robertson, who was beloved by many in the community. 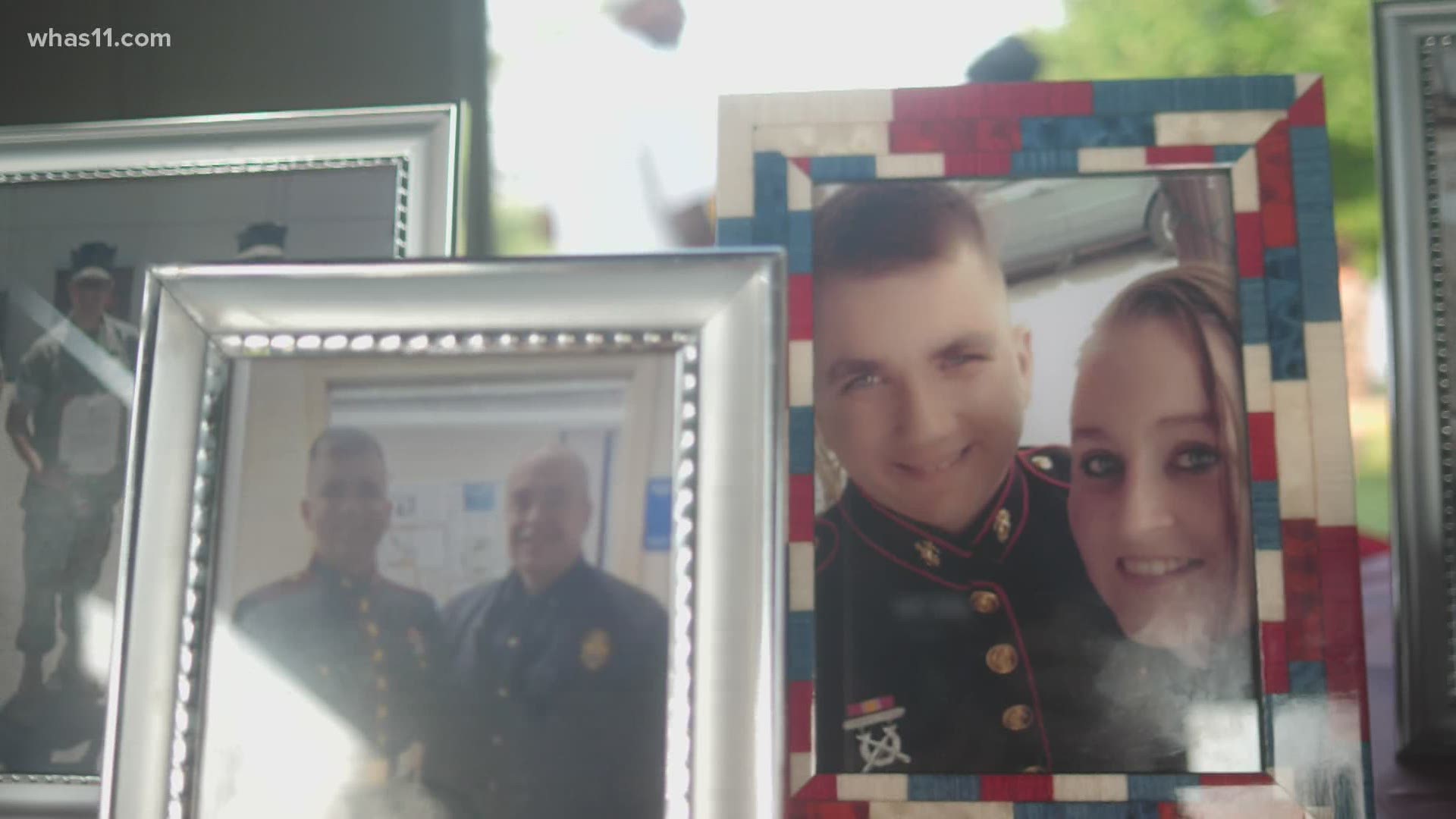 ELIZABETHTOWN, Ky. — Elizabethtown families and friends took another step in the grieving process a week after a 19-year-old U.S. Marine's body was recovered in Freeman Lake. That's after he was last seen struggling in the water while kayaking.

Dozens in Hardin County held a vigil and balloon release right by the lake on Tuesday night, honoring the life of Kenny Robertson, who was beloved by many in the community.

"We love you Kenny," said neighbors as they let the balloons go.

In moments of pain, the way we cope can vary.

"Everybody knew Kenny, he was loved by everyone," said Roscoe Jackson Jr., a family friend who knew him for years.

For some, the raw emotion can be overwhelming.

"This is hard," said family friend Michelle Logan as she held back tears.

For others, it's unspoken -- in writing. And many choose to draw memories of where it all started.

"He used to cut my grass, two or three years ago, and then we built a relationship because I was in the Marine Corps -- and he told me he always wanted to be a marine," Jackson said.

U.S. Marine Lance Corporal Kenny Robertson's body was found in Freeman Lake one day after emergency officials received a call of a kayaker in distress.

"I guess he couldn't maneuver because he panicked," said Jackson, who says he heard the news from direct family.

Police have called it an unfortunate accident that didn't involve foul play, and have marked the case as a drowning. Elizabethtown PD's Chris Denham says investigators are waiting for the final cause of death to be confirmed by the coroner's office.

On Tuesday night, family friend Michelle Logan and others in the community walked and paid tribute.

"Wrap your arms around his family," Logan said during a prayer.

Neighbors say Robertson 'never met a stranger,' as evidenced by the dozens of people who showed up in his honor. None blood-related - but all seeing themselves as family.

With his parents away from the public -- grieving -- these folks took the mantle. Even officers showing up from Elizabethtown PD, where Robertson wanted to go next.

"He wound up joining our cadet program several years later, so several of us got to know him through that," said Officer Josh Richardson, Elizabethtown PD's Deputy Chief of Administration.

While questions about the nature of the incident may remain on the outside, loved ones at the lake Tuesday tell WHAS 11 that they have their answer.

And for now, they say that's enough to keep pushing forward.

Visitation will be held both Wednesday & Thursday, with the funeral following shortly after. For more information, click here.