'You don’t know who to call on but God' | Katy mom, daughter feel helpless after pipe burst, roof collapse

When they came home, they found their ceiling had caved in. 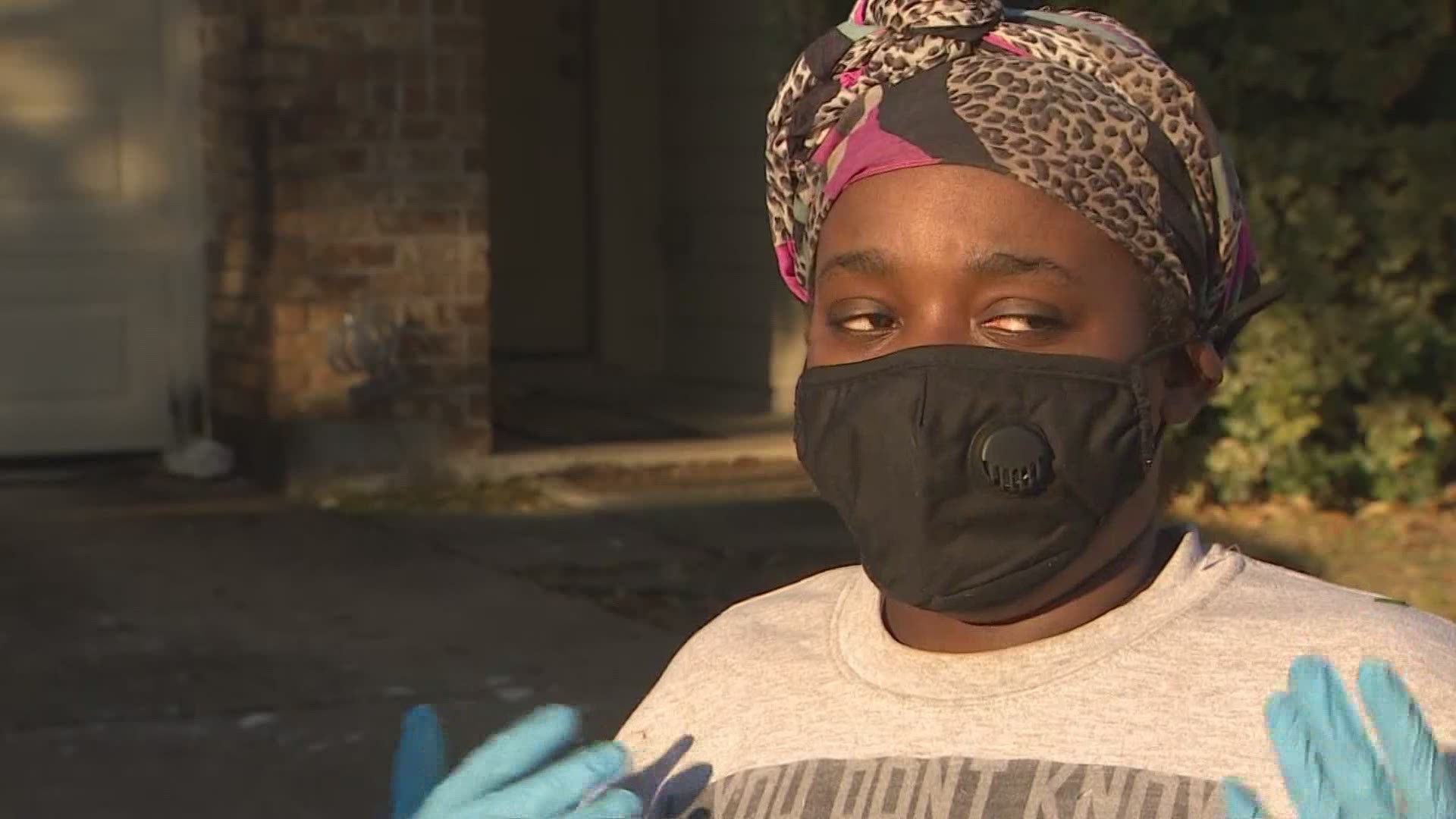 KATY, Texas — For Amanda Eubanks and her mom Sharon, seeing their Katy home covered in snow was, at first, a nice surprise.

“It was just like a white Christmas out here," Sharon Eubanks said.

But very quickly, it became a nightmare.

“I went from being so excited, I made a snowman, to the next day, my house was destroyed," Amanda Eubanks said. “To come in there and to see it destroyed, I can’t even put it into words.”

The mother and daughter spent Monday night at home, freezing and without power. The next night, they went to a friend's house that had heat.

“Within 4 hours, her power went out," Sharon Eubanks said.

The next morning, when they came home, they found their ceiling had caved in.

A pipe burst inside their attic and water poured from it for hours, causing the ceiling to crash down on the bedroom below.

“Because it just made me feel like everything is ruined, and we might not have anywhere to live," Amanda Eubanks said.

The two, helpless in their own home, are now trying to move past one of the worst weeks of their lives.

“I don’t know where we go. Really, I have no idea," Amanda Eubanks said. "We’ve been trying to fix it ourselves, and if there’s anybody out there who can help us, we appreciate it. We’re not asking for money. We just want hands.”

“Just do whatever it takes to get everything back in order again," Sharon Eubanks said.

“Because I just feel like when you’re helpless like this, you’re literally helpless. And you don’t know who to call on but God. And that’s all we’ve been doing is calling on God," Amanda Eubanks said.