Though Jaynes said he believes he did his job, interim chief Yvette Gentry said he admitted to lying in his affidavit for a warrant to Breonna Taylor's home. 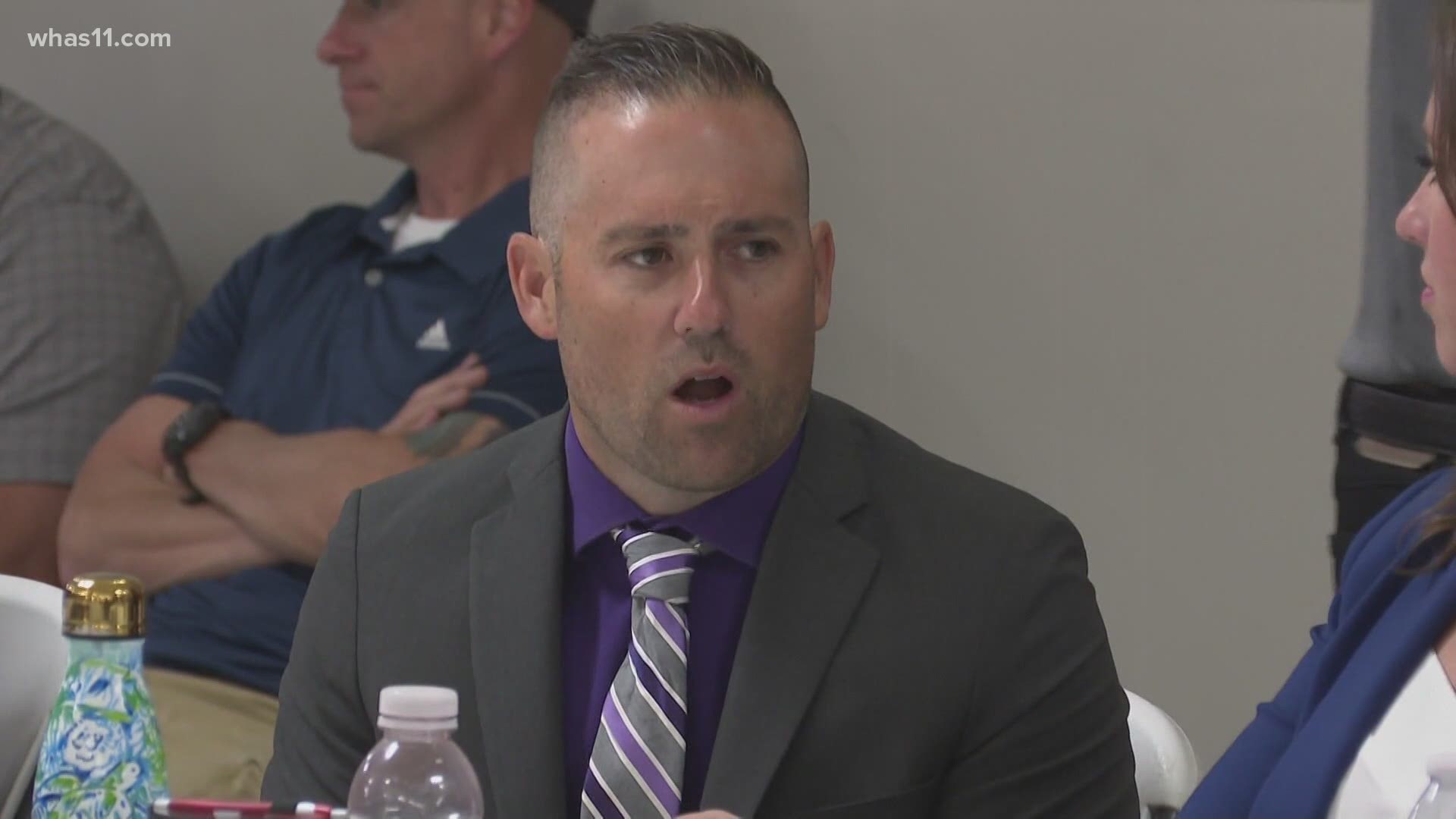 LOUISVILLE, Ky. — The Louisville Police Merit Board has voted to uphold the termination of Joshua Jaynes, the LMPD detective who wrote the search warrant for Breonna Taylor's home.

Interim chief Yvette Gentry fired Jaynes in January 2021, saying he violated the department's standard operating procedure by not filling out a required form and lying in the affidavit he submitted to obtain the search warrant.

Jaynes appealed the termination, saying his firing was "disproportionate" when it compares to discipline issued to other officers for similar actions. During his testimony Wednesday, Jaynes said he had no reason to lie for the search warrant and was not untruthful.

"Again, I've had people tell me it took all the courage in the world just to be fired and be done with it, just move on, just do my life, but I'm here because I really believe in my heart, my soul, my mind, I did my job," Jaynes said.

Gentry, however, said Jaynes admitted to lying when he obtained the warrant for Taylor's home when he said he verified Jamarcus Glover had been receiving packages at Taylor's home through a U.S. Postal Inspector. About one month after the deadly shooting, Jaynes told investigators he verified that information through Sgt. Jonathan Mattingly instead.

"You can't cheat, you can't go apply for a no-knock warrant for a girl you said is not a suspect based on information that is untrue," Gentry said.

The Louisville police union believes the board should have overturned Jaynes' termination, according to spokesperson Dave Mutchler. They do not believe Jaynes had intention to deceive.

"Based on the evidence that was presented and based on the testimony that we heard, we don’t believe that there's evidence detective Jaynes violated the truthfulness policy or that he should have been terminated," Mutchler said.

Attorney Thomas Clay, who represents Jaynes, believes his client told the truth in the affidavit.

"The law says under the collective knowledge doctrine that the statement that was in the affidavit, which was the basis for his termination, was a true statement," Clay said.

Clay and Jaynes are now looking at next steps and plan to file an appeal with Circuit Court.