Fired LMPD detective Joshua Jaynes: 'I really believe in my heart, my soul, my mind, I did my job' 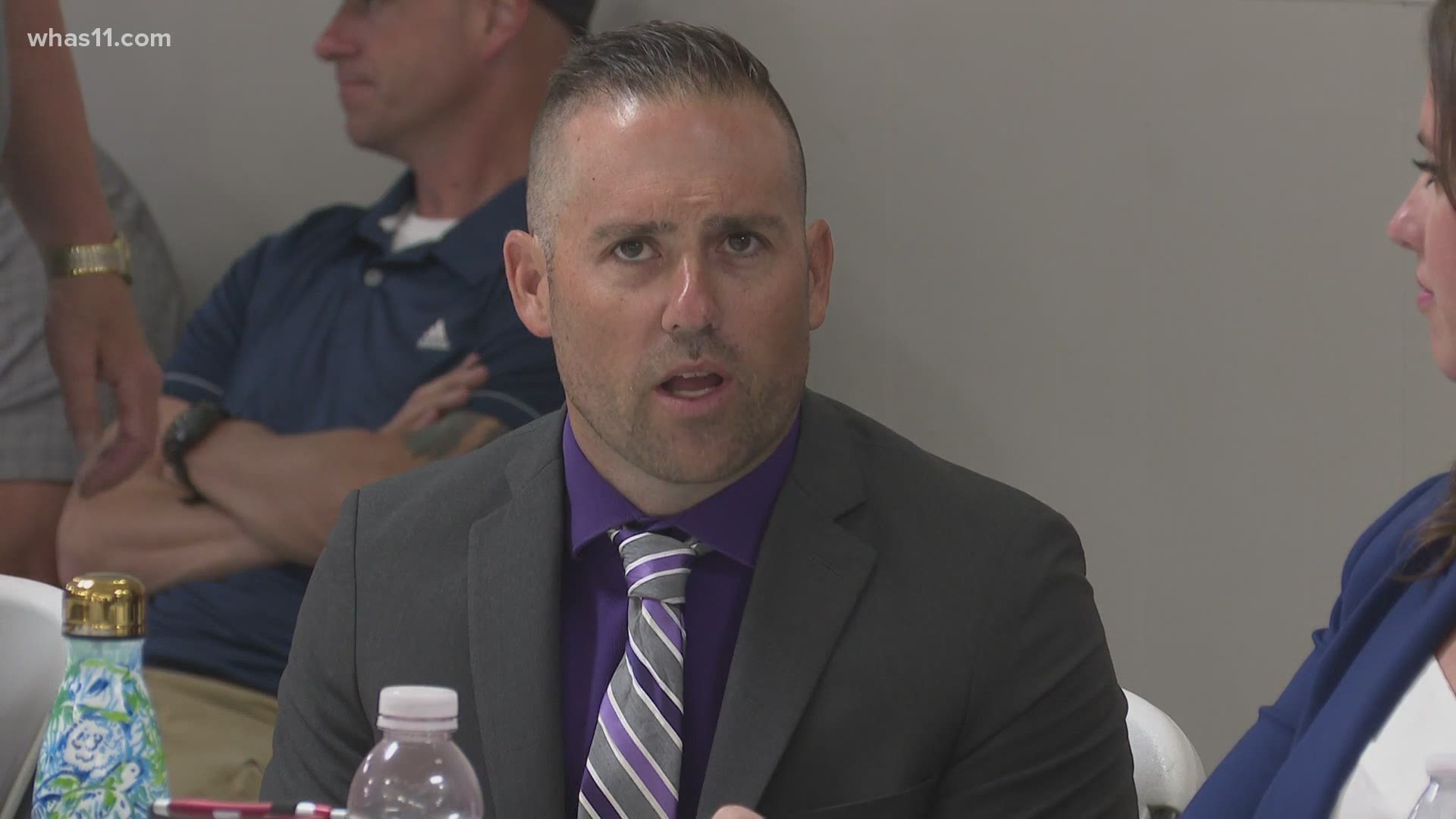 LOUISVILLE, Ky. — Fired Louisville detective Joshua Jaynes testified during the third day of Police Merit Board hearings over his termination, saying he had no reason to lie for a search warrant for Breonna Taylor's home.

Jaynes, who spoke during the first hearing in early June, said it has been difficult dealing with the "embarrassment" over "something I believe I didn't do."

Interim LMPD chief Yvette Gentry fired Jaynes in January 2021, saying he violated the department's standard operating procedure by not filling out a required form and lying in the affidavit he submitted to obtain the warrant.

Jaynes said he was not untruthful when he said he verified Jamarcus Glover was receiving packages at Taylor's home in the affidavit, countering what Gentry said during the second day of hearings. He also said the warrant would have been verified without that information.

In a statement to the board, Jaynes said that despite being encouraged to move on, he wanted to fight to get his job back because he believes he has done nothing wrong

"Again, I've had people tell me it took all the courage in the world just to be fired and be done with it, just move on, just do my life, but I'm here because I really believe in my heart, my soul, my mind, I did my job," Jaynes said.

Jaynes also talked about how the lack of good leadership has led to officers leaving LMPD.

One city leader, Mayor Greg Fischer, also testified during the hearing. Fischer said he had no influence on Gentry's decision to terminate Jaynes despite Jaynes' attorney saying the mayor may have pre-judged him before the investigation was concluded.

Jaynes' attorney Thomas Clay played an audio recording of a statement Fischer gave to a crowd of protesters in June 2020, before the investigation into Jaynes began.

Clay said Fischer expressed a desire to fire the officers involved in the shooting, however the mayor said he was trying to explain how the Police Merit Board process works to people asking him why he had not fired officers.

"They did not understand the investigation had to take place as part of the process," Fischer said. "They wanted me to unilaterally fire the officers, I was explaining to them why I could not."

During her testimony, former LMPD Deputy Chief Lavita Chavous said she has heard Fischer say he wishes he can fire all of the officers involved in the case, but said she could not recall when he said "something along those lines" and said he was not addressing the chief at the time.

Fischer said he never expressed a recommended conclusion or charges to any of the police chiefs in LMPD during the Breonna Taylor case.

The board also asked Fischer about LMPD's Place-Based Investigations squad, the group that initiated the five search warrants the night Taylor was killed. Fischer said he had no input in the PBI unit.

After closing arguments, the board went into executive session to decide whether Jaynes should get his job back. WHAS11 will update this story once a decision is made.

RELATED: Timeline: Here are the changes and reforms we've seen in Louisville since Breonna Taylor's death