Months after John Subleski was accused of shooting at a car in downtown Louisville, the same night as the insurrection at the US Capitol, has learned his fate. 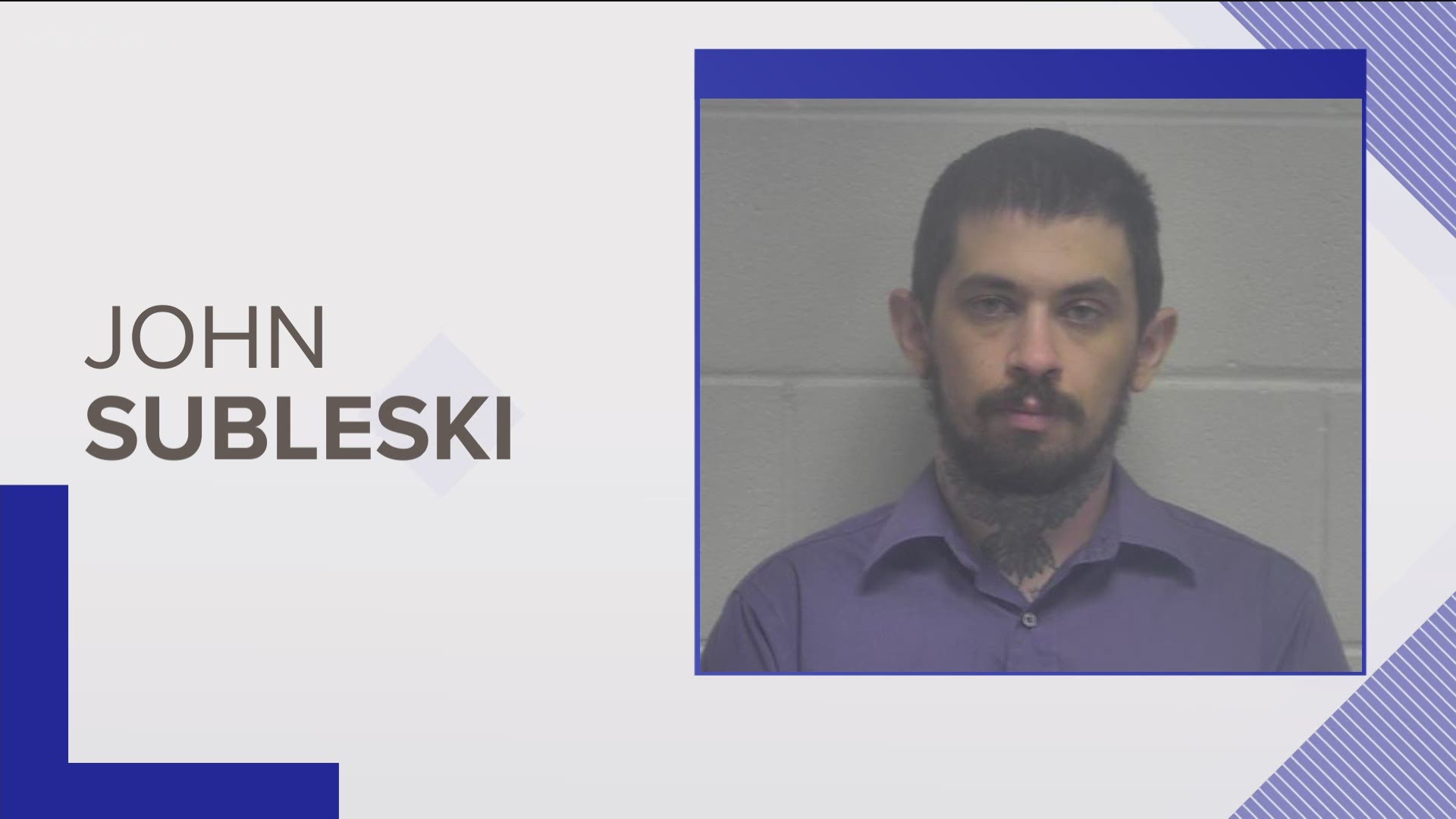 LOUISVILLE, Ky. — A Louisville man accused of having ties to the Boogaloo Bois has learned his sentence from a federal judge.

John Subleski received credit for time served and supervised release for three years as part of a plea agreement.

He has spent five months in jail.

The FBI said Subleski used social media and other forms of communication to incite a riot.

He is also accused of shooting at a car in downtown Louisville on Jan. 6, the same night as the insurrection at the US Capitol.