Most recently, the school district is recruiting part-timers already working inside facilities to also handle pick-ups and drop-offs. 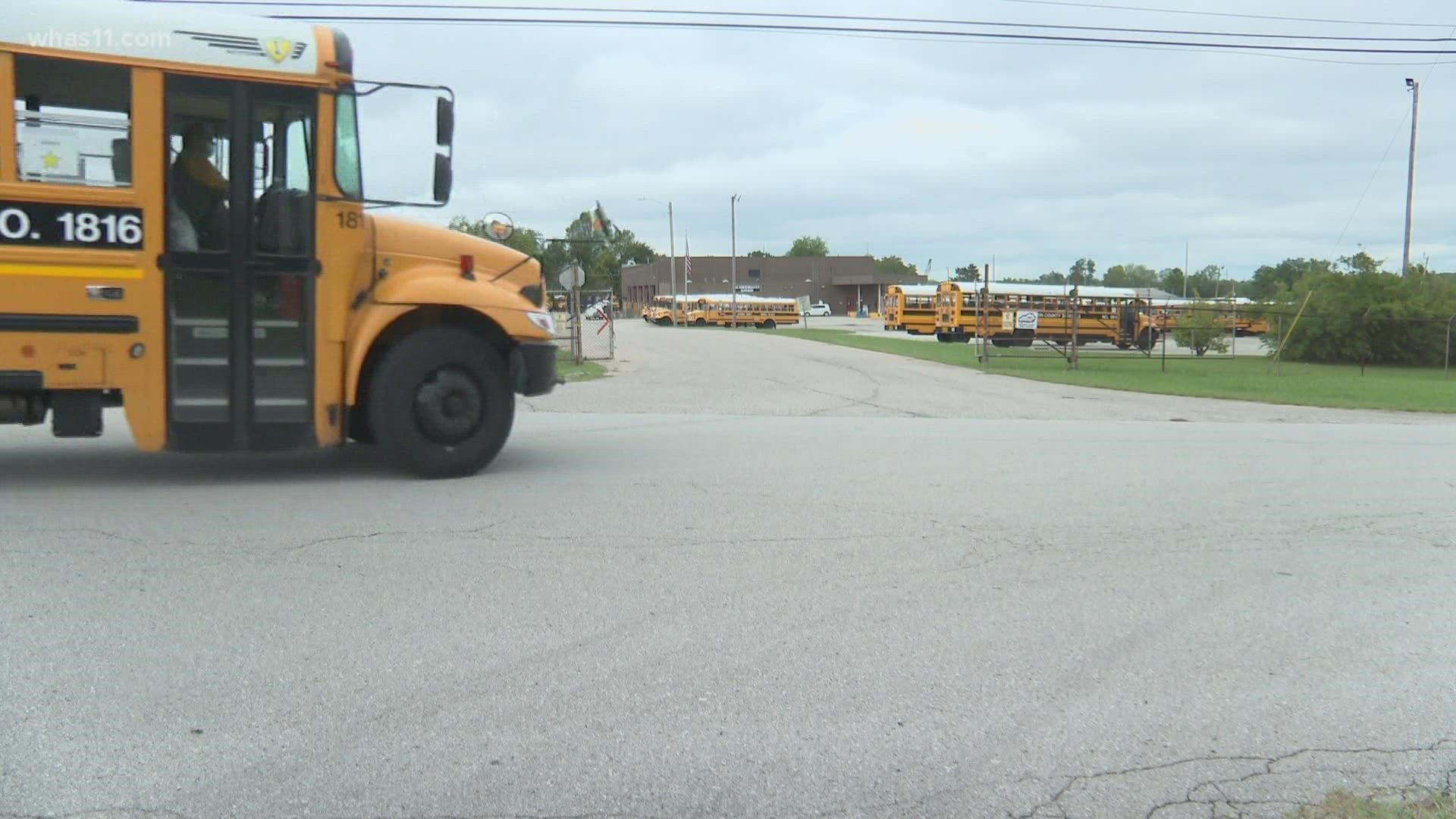 LOUISVILLE, Ky. — It's a story we've been following for weeks. Parents frustrated after waiting hours for their students to arrive home from school, all while hundreds of bus drivers steering a bigger workload. At times, they've dealt with extra stops, more kids, COVID-19 and worried parents.

"[Used to be] 30 to 40 students on a regular bus, but now you may have 50 to 60 because routes are being doubled up," said John Stovall, President of Teamsters Local 783 -- a labor union representing nearly 1,000 bus drivers.

JCPS pointed the issue to a shortage of bus drivers. Now, the school district tells us it's made progress in adding around 30 more to the mix: 15-20 employees already within JCPS, and 15 new to the district.

For months, school leaders have encouraged people to apply, posting higher wages and adding $6-per-hour incentives to fill the gaps. Most recently, the school district has recruited part-timers already working inside facilities to also handle pick-ups and drop-offs.

"Student discipline -- that's the number one issue off the bat," Stovall said. "A lot of kids get on the bus and they feel they can act and behave in any way they want to, and that there are no rules or consequences for their behavior. You got parents that'll meet them at the bus stop and say, 'I've been here for 30 minutes, 40 minutes, where have you been?' They don't understand."

Stovall is questioning whether bonuses will retain workers amid added stresses and fatigue during the pandemic.

"When you get to the school, the school will say, 'Why didn't he have his mask on?' Well, like I said, we're driving buses. You can't do everything by yourself on a bus."

WHAS11's open records request in August revealed JCPS could hire an additional 211 drivers, as far as capacity is concerned.

Right now, the school system says it has the majority of routes covered, but a spokesperson says it still needs more drivers to cover time off and when some call out sick.

"It shows you the magnitude of what's going on with bus drivers around the country. It takes a special person to do that job," Stovall said.

A JCPS spokesperson says several new drivers are completing training, and are set to be on the road starting this week or next.