'I need that river to let my son go': Jacob Stover's family hopes tragedy can help others

Shawn and Melissa Stover said they hope their son's story can help others who may underestimate the water or overestimate their own powers. 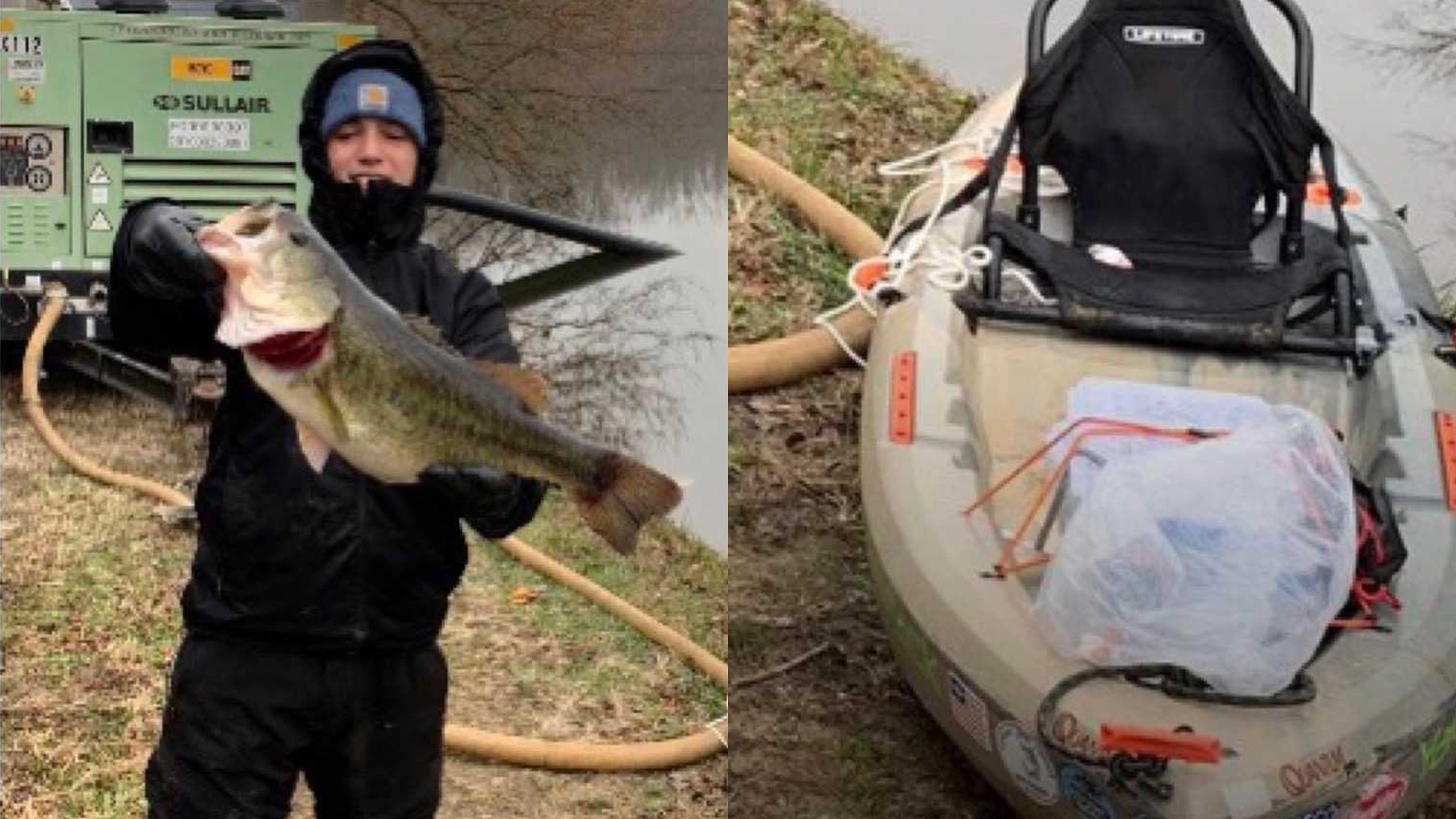 LOUISVILLE, Ky. — On Jan. 10, 16-year-old Jake Stover put his kayak in the water at Cox Park for the first and last time. Now, his family is hoping Jake's story can help start crucial conversations around safety on the deceiving water of the Ohio River.

Shawn and Melissa Stover said their son's love for the water began when he was only five. As he got older, Jake would ask his mom to bring him to a nearby pond nearly every day.

"How many nights he came and said, 'Mom will you take me to the pond in the morning?' cause he couldn't drive on his own, he was still on his provisional license...and goodness how I wish I still had those nights when he would ask that,” Melissa Stover said.

Eventually, Jake got his license. Instead of heading to the pond that January morning, he grabbed his fishing gear and winter coat and steered toward the Ohio River — something his family said they had never done before.

"We can't figure it out," Melissa Stover said. "It was…he got a bug to go, and like most kids his age, he wanted to do something. He got the opportunity to be independent and he did it. No, it was not a norm in any way, shape or form."

Jake parked his Jeep at Cox Park that morning, but when his family tracked his phone, it pinged just over four miles downstream near the Falls of the Ohio.

"His sister had a gymnastics competition that afternoon, and we were just kind of getting ready for that when we realized that he wasn't where we thought he was and then we couldn't get him to respond to us," Melissa Stover said.

The next day, Jake's kayak was found floating near the Falls.

"You hang onto hope, cause that's what you want," Shawn Stover said. "I was always hoping for lonely, cold and scared and as the days progressed, that gets harder to hold onto."

Family and friends joined crews from the Louisville Metro Police Department and Indiana Department of Natural Resources, searching for Jake along the Ohio. When strangers heard the news, they also joined search efforts.

The Stovers leaned on people like Dale A. Brown, assistant property manager at the Falls of the Ohio State Park, for his knowledge of the river. After volunteering and working at the park for more than a decade, Brown was able to point to places to search based on the river's patterns.

"The river is not unpredictable if you know it's routine," Brown said. "If you're searching for someone over a period of time, and that river is going up and down, you have to search that entire span from the high water to the low water and hope you'll be successful."

After 57 days of agonizing searches, a tugboat operator found Jake about 111 miles southwest of Louisville in Newburgh, Indiana.

"At the end of our driveway was a gentleman who lived in the neighborhood who knew Jake from fishing," Melissa Stover said. "And I said to him as I was walking away that I need that river to let my son go — and that was it…2:15 p.m. EST, 1:15 p.m. CT. The notification from the police was like 1:20 p.m. CT."

Officials said Jake died from drowning and hypothermia, recommending his parents not see him after he was pulled from the water.

"They did tell us that he didn't have any injuries," Melissa Stover said. "He was in good condition."

While they said their son was very experienced on the water, the Stovers said his story highlights the often-overlooked danger of the water.

"The river, it's, it's very deceiving," Melissa Stover said. "A lot of boating safety is talked about, wear your PFD [personal floatation device] of course, but what's not talked about is the water temperature."

Louisville Area Canoe and Kayak organizer Nathan Ginn knows the risk of kayaking and fishing during the winter.

"From late October through March, April, you need to be prepared for a cold-water swim," Ginn said. "Cold water below 40 is immediately life threatening, it's an emergency the moment you hit the water."

Experts say wet suits and dry suits should be worn instead of typical winter clothing.

"If you are dressed for winter out here and you've got down jackets on and tight jeans, things like that...it may keep you warmer in the wintertime, if you go in the water, that's going to absorb the water and it can help pull you down and restrict your movement for you to save yourself," Brown said.

The Stovers said they could not believe their son went in the river, especially after he commented on how difficult the conditions are.

"We never expected him to be there," Melissa Stover said. "And he had made comments about how not smart it was to be in the river so we can't figure...it just doesn't make sense."

Even after boating for more than 20 years, Ginn said going out solo is a no-go for him.

"When things are really bad out there and the current comes up, it's dangerous," Ginn said. "I would never paddle by myself on the Ohio River."

The Stovers said they share Jake's story to remind people not the underestimate the power of the water nor overestimate their own abilities.

"Jake was an outdoorsman, he was a super strong swimmer," Melissa Stover said.

"We just hope that there's things that people will do or think about,” Shawn Stover said. “Give it a second thought, don't take it for granted when you're out there, and understand, the river...it's very deceiving."

Jake's parents believe he was paddling in a restricted area, past the Second Street Bridge that marks the end point for most recreational vehicles. Warning signs are painted on the pillars, but they are difficult to read.

"There's gotta be a better way to let the people know that they can't be there," Melissa Stover said.

Brown said on average, one person drowns near the Falls of the Ohio every year. The common denominator? "None of them has a life vest on."

WHAS11 reached out the U.S. Army Corps of Engineers about the signs on the Second Street Bridge. In a statement, they agreed the signs were in "poor shape," but said "they are not required by USACE regulation. Although not required, we have chosen to leave them in place until this point as an added safety measure for mariners."

They said they are "partnering with U.S. Coast Guard Sector Ohio Valley to determine best placement for buoys in that area as an alternative to the signage on the piers."

The Falls of the Ohio keep safety pamphlets on the walls inside the center, and hold annual trainings for those who fish on the river. The Stovers are also working with the Falls, looking for more ways to address some of their safety concerns.

Stover's high school bass fishing team is hosting a boating safety class open to the public July 10 from 9 a.m. to 1 p.m. at the Arvin Center. It costs $5 to attend. People can register online here.