Once the vaccine is OK'd by the FDA, UofL Health is expected to receive 975 doses around 24 hours later 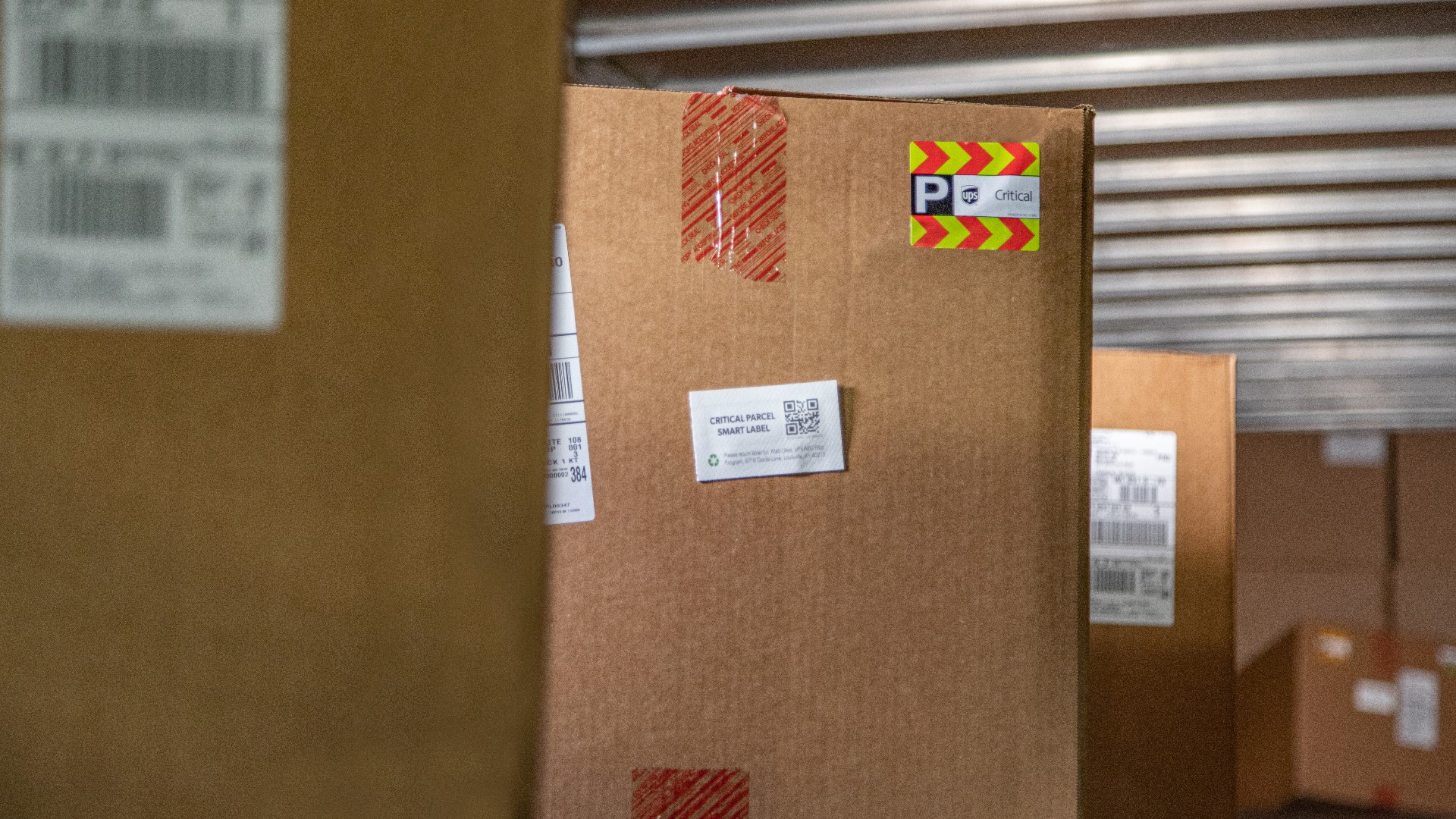 LOUISVILLE, Ky. — UPS announced the first shipments of kits needed to administer the COVID-19 vaccine are being delivered in Louisville Thursday.

Spokesperson Jim Mayer said the kits were sorted at UPS Worldport overnight and were sent out for delivery Thursday morning.

The kits will be followed by the Pfizer vaccine itself after the FDA grants emergency use authority. Experts are meeting now to decide whether to OK the vaccine, which they are expected to approve.

No major safety issues were uncovered by the FDA in its review of Pfizer's study, including no allergic reaction that was reported in the U.K. The vaccine was found to be highly effective across various demographics, though it is unclear how it works in people with HIV or other immune-system disorders.

Once the vaccine is approved, UofL Health is expected to receive 975 doses around 24 hours later. Chief Medical Officer Dr. Jason Smith said they will start doing vaccinations on Tuesday or Wednesday, administering it to high-risk medical care employees who volunteer.

"This is the first time as a medical community we've gotten the ability to impact the course of the virus," Smith said.

RELATED: VERIFY: New COVID-19 vaccines won't cause you to be infectious