ISP determined that no charges would be filed against the Indiana pig farm after complaint was made by PETA. 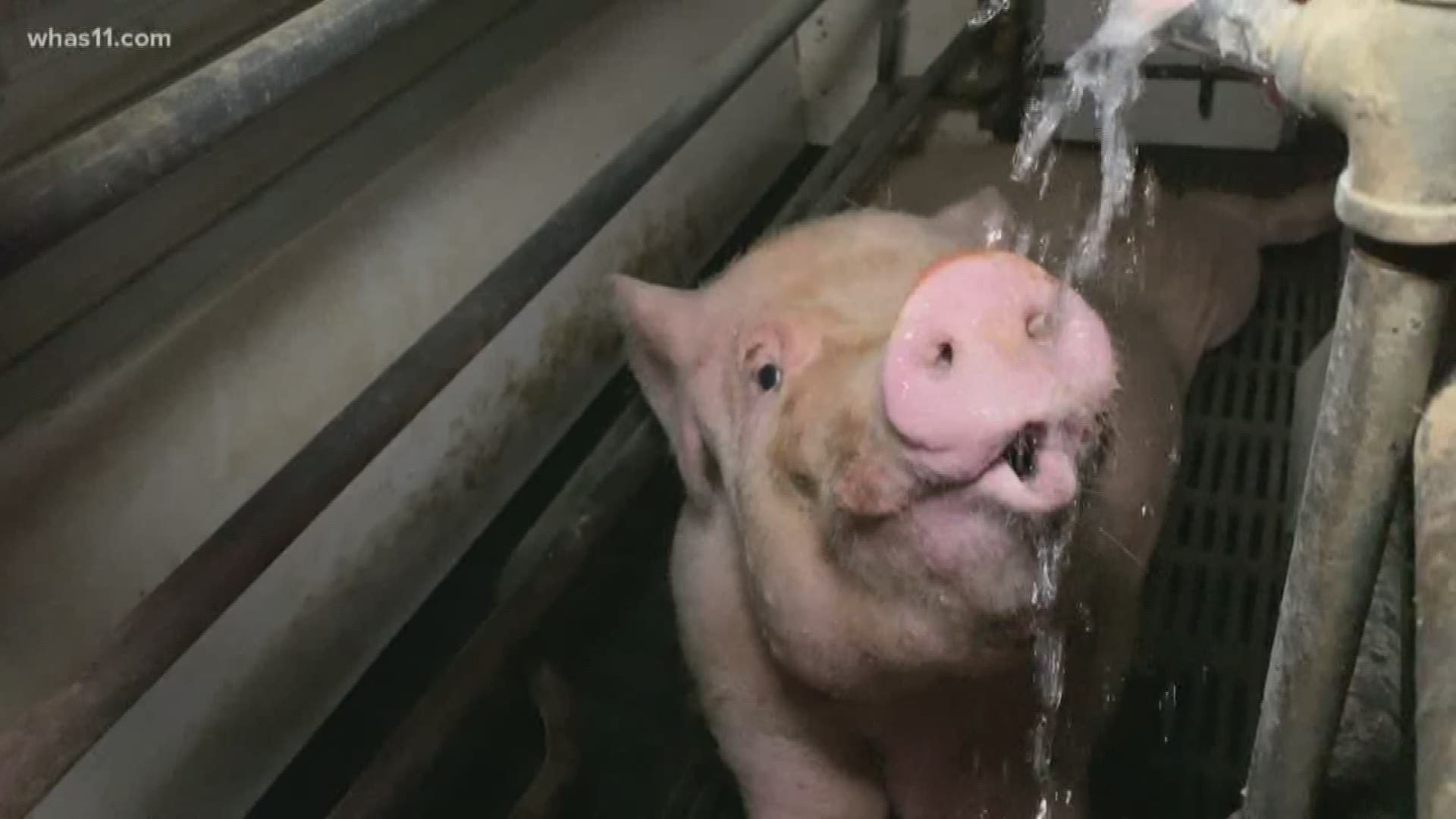 LOUISVILLE, Ky. — The Indiana State Police recently conducted an investigation into a Jackson County Pig Farm after receiving a complaint of animal abuse from PETA.

The ISP investigation began on Oct. 9 after they received a video of animal cruelty from an anonymous source that allegedly was captured at East Fork Farms in Brownstown, Indiana.

ISP also says that a second veterinarian inspected the farm on a seperate date and did not find any evidence of animal abuse. The veterinarians did, however, provide the pig farm with some recommendations on better care for the pigs.

According to ISP, "Through the course of the investigation, detectives determined that an unknown person or persons illegally entered East Fork Farms near Brownstown, Indiana on multiple occasions in September and October 2019 where they captured video inside the facility at night when no workers were present. Detectives determined that cameras were then hidden inside the facility to capture daytime operations."

Indiana State Police goes on to say that the investigation conducted established that some of the clips were staged for the purpose of capturing the video and other video clips may have been filmed at a different facility. Detectives have not been able to identify the person who filmed the videos and the identity of the person has not been made available to detectives by PETA.

RELATED: PETA urges Mike Pence to be a lifeline for suffering pigs at East Fork Farms