LOUISVILLE (WHAS11) -- It’s a hard reality when addicts decide they want treatment. They need it immediately, but sometimes there's just no room at treatment centers. 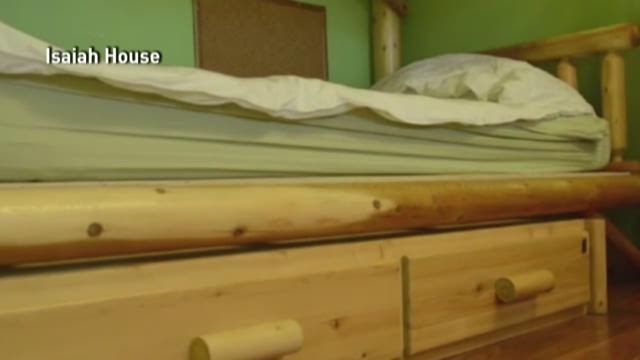 LOUISVILLE (WHAS11) -- It’s a hard reality when addicts decide they want treatment. They need it immediately, but sometimes there's just no room at treatment centers.

If they feel like they want to go now, then a week from now they might change their mind,” said David Cobb.

Cobb works with one treatment center called Isaiah House in Willisburg, Ky. With only 16 beds to offer, he said their waiting list is 100 names long.

“There are people who are dying on that waiting list,” Cobb explained.

Isaiah House is trying to change that by opening up two more centers in Nelson County at the old Chaplin Elementary School. That's 32 more beds for addicts wanting to turn their life around.

“It means 32 more guys who are wasting their lives, not reaching their full potential, being able to wake up and not have to feel the sickness of needing heroin anymore.”

Isaiah House is a long-term, live-in treatment center for addicts. It's where Cobb went when he needed help.

“It saved my life,” he explained.

Cobb has been in recovery for 18 months after an addiction to pain pills. He was hired on as an Isaiah House staff member last year. The program works hard to make sure every client has a job before leaving Isaiah House.

“I feel like Isaiah House has given me a new purpose that I never had before.”

“At Isaiah House we believe in a higher power, but we put a name to it. We believe that Jesus Christ and the Christian God who created the world is the one we should turn to for the power to recover.”

The centers will both be located at the school. There will be an A-wing and B-wing, each with 16 beds. Cobb said the best part about it being at a school, that's also recently renovated, is that there's already a cafeteria and a gym.

“We really believe that it was given to us by God. He opened the door for it and so we're walking through.”

The center is expected to open by Sept. 1.