Heavy black smoke poured from the building which could be seen as far away as downtown Louisville. 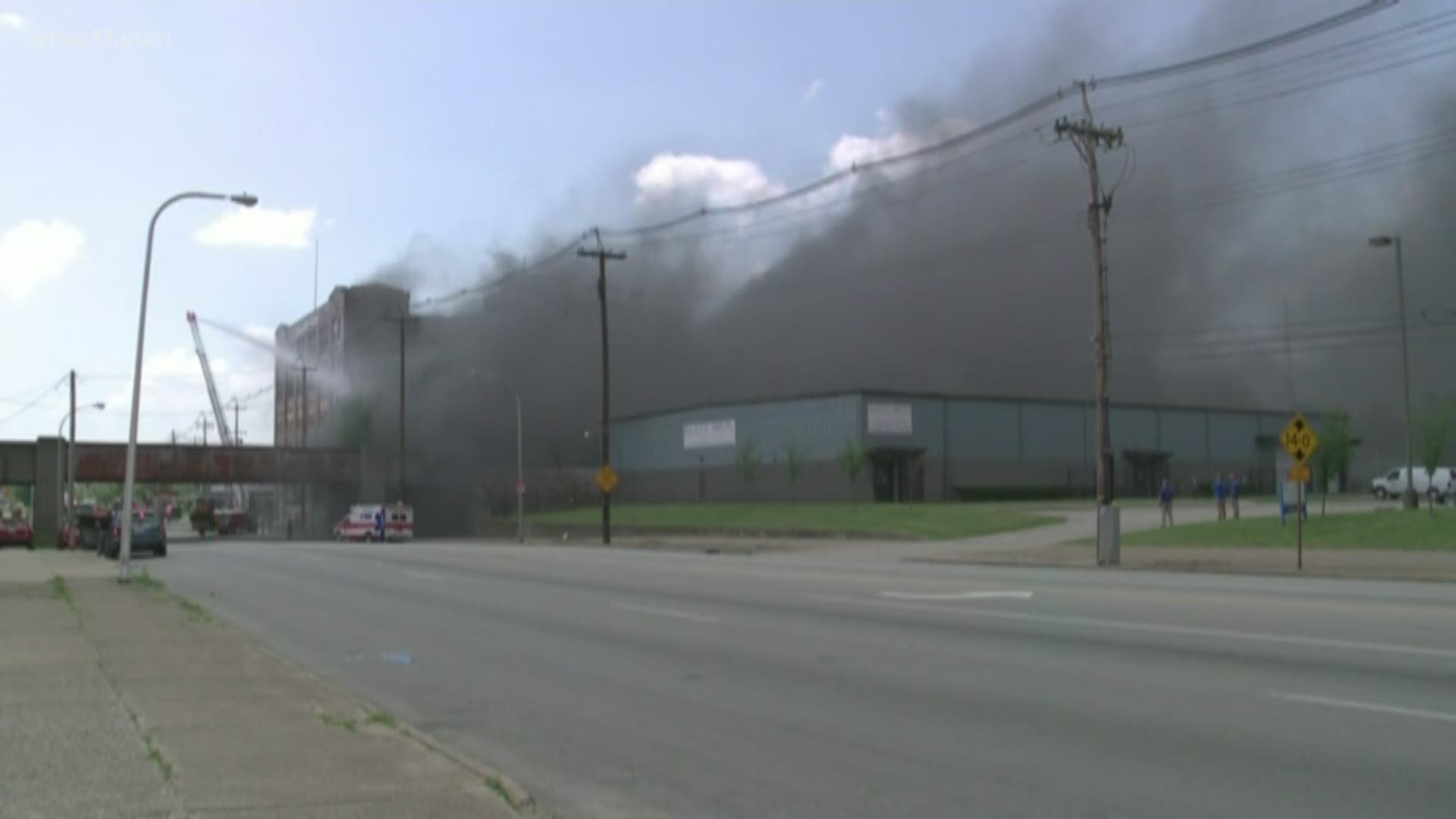 LOUISVILLE, Ky. — LOUISVILLE, Ky. (WHAS11) – Officials are investigating a fire that caused damage to a five-story vacant commercial warehouse in the Russell neighborhood.

Louisville Division of Fire crews responded to the two-alarm blaze in the 1400 block of West Broadway just before 3 p.m. Tuesday.

Heavy black smoke poured from the building which could be seen as far away as downtown Louisville.

Firefighters endured challenges including the size and limited access of the building and the hot temperatures.

Officials say more than 50 firefighters and 15 firefighting apparatuses to get the blaze under control.

No one was injured in the incident.

Authorities closed off a portion of West Broadway between 12th and 15th Streets for a short time.

However, fire crews will remain at the scene to watch for possible hot spot.