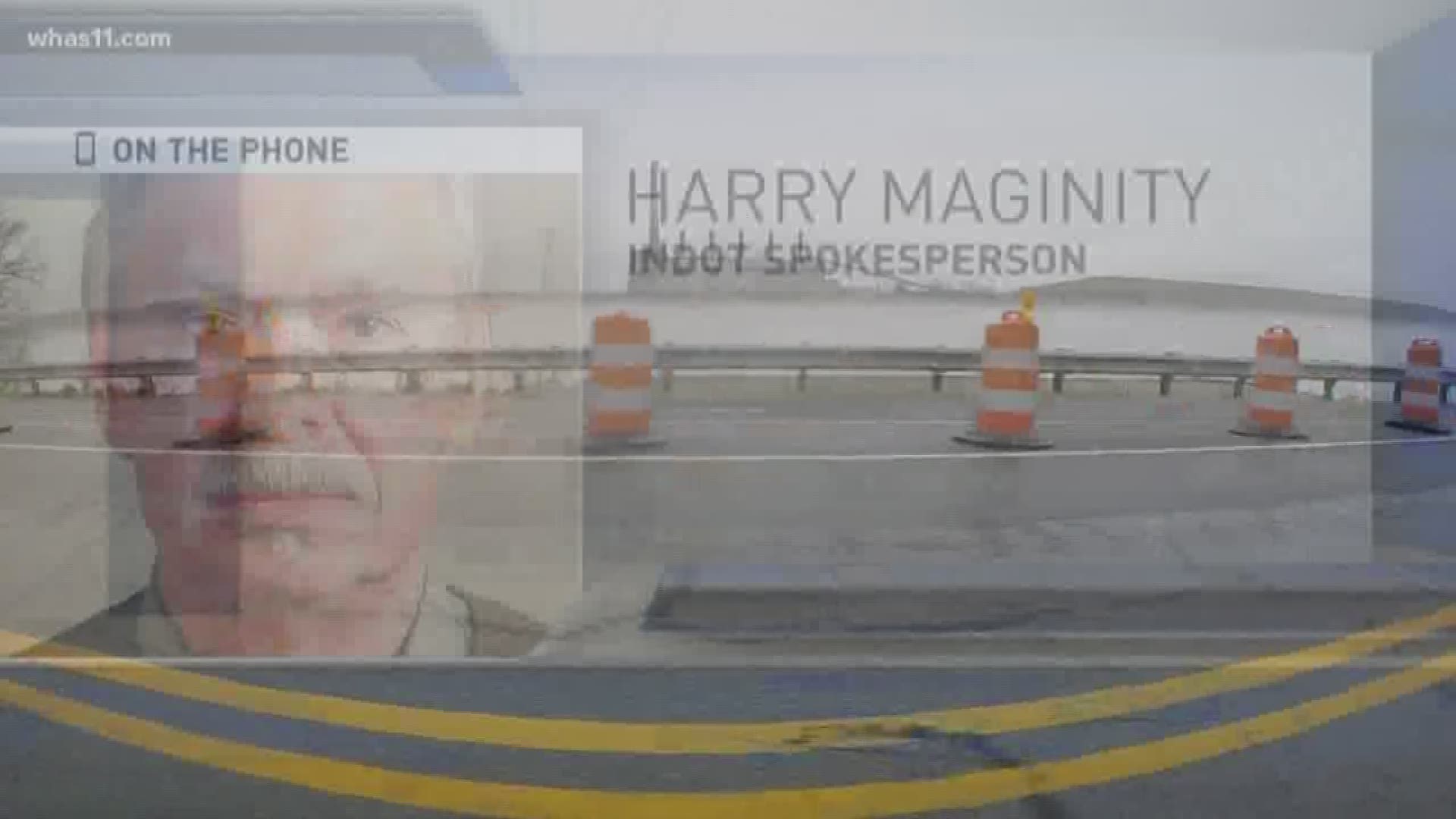 ELIZABETH, Ind. (WHAS11) -- The Indiana Department of Transportation says crews will be repairing State Road 111 leading to Horseshoe Casino for “quite some time” after a series of inclement weather.

Drivers are currently navigating through narrowed lanes and cracked, uneven pavement. INDOT crews shifted the two lanes of traffic north, away from the river, to move traffic away from the eroding Ohio River embankment.

“It is an emergency to get this done,” Maginity said. “We’ve counted five sites where we’ve had either moderate to severe slides or problems occurring, including sinkholes.”

Maginity said INDOT engineers determined the road was safe to travel following the necessary lane shifts. He added that crews will continue to monitor the roadway and close the road or lanes if the conditions called for it.

Contracted geotechnical crews are surveying the damage and monitoring the crumbling riverbank. They will present their findings to INDOT engineers who will then decide what repairs need to be made.

“Whether it be temporary or whether they be long-term fixes, we’re going be down there on-site for quite some time to come,” Maginity said.