The organization is using this month for its Operation September Freedom to celebrate as many WWII veterans as they can. 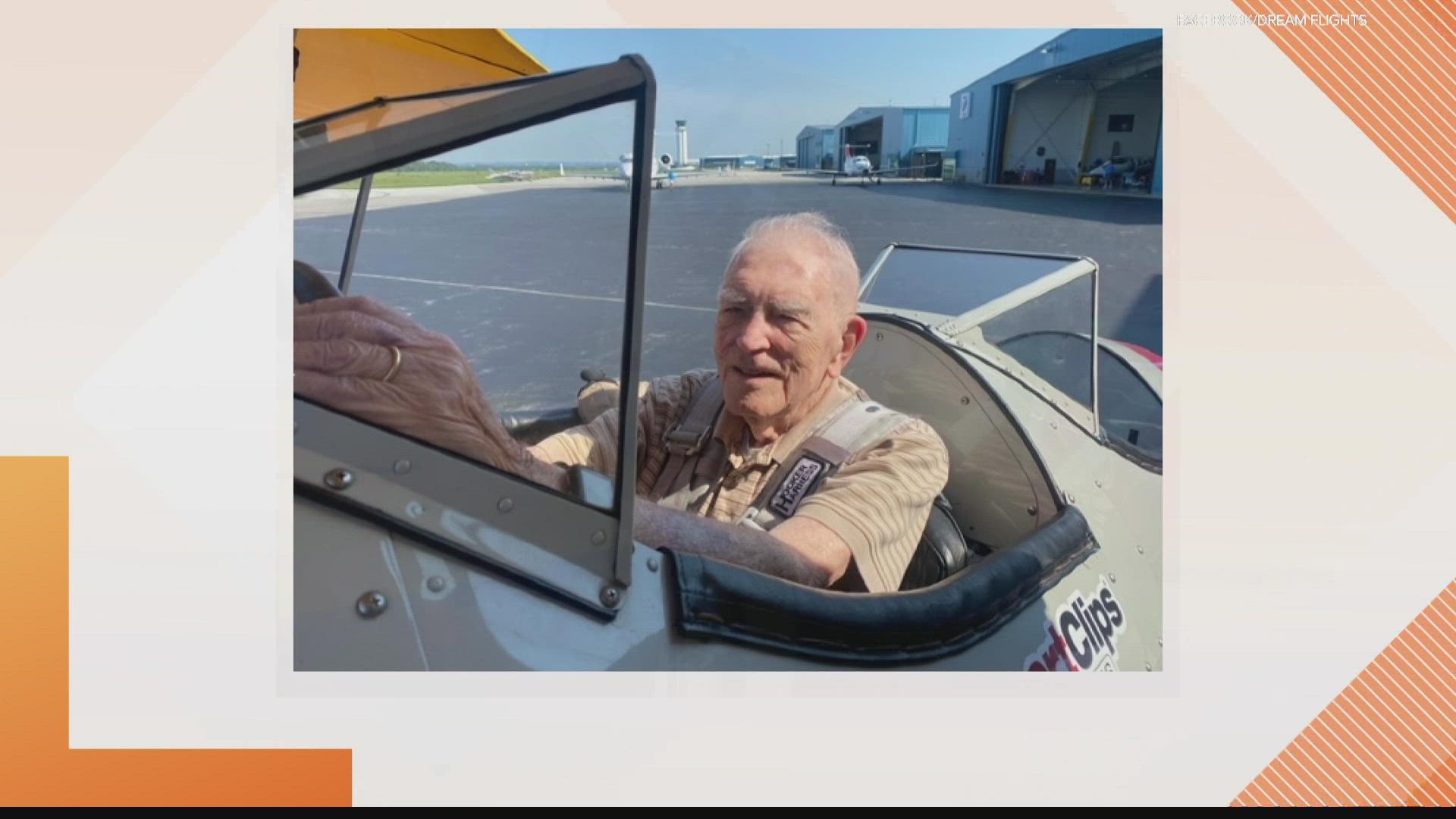 GREENWOOD, Ind. — Dale Wyatt can't recall much from his time serving in WWII in the battle of Iwo Jima, but he says he was thankful when the war came to an end.

"Friends weren't dying in battle and all that bloody stuff. It was great to have it over with. A lot of good men were lost. The heroes are still on the island as far as I'm concerned. I'm just a survivor," said Wyatt.

Wyatt served in the U.S. Navy attached to the U.S. Marine Corps. He was with the 5th Division of the Marine Corp working as a medic.

"I patched the wounded up, which was kind of not fun," said Wyatt.

His job was to help keep them on the front lines.

"If they were too badly wounded, then you'd send them back to the hospital ship, which was right offshore," said Wyatt.

After spending 10 months in a training camp in Hawaii, he served 30 months at war.

Now that so many years have passed, Wyatt said veterans deserve any recognition they can get, and Wyatt himself will be honored Sunday by a nonprofit organization called "Dream Flights."

Wyatt will be coming to the Greenwood Airport to receive an adventure of a lifetime - a Dream Flight - where he'll ride in a WWII-era plane.

Dream Flights honors seniors and military veterans around the world by giving them a flight in a Boeing Stearman biplane.

The organization is using this month for its Operation September Freedom to celebrate as many WWII veterans as they can.

Dale said he would love to meet other veterans who served in WWII, adding he doesn't think there are many still alive.

According to Dream Flights, of the 16 million Americans who served in WWII, only an estimated 100,000 will be alive in 2021. The youngest will be 95, just like Wyatt.

Sept. 2 marked 76 years since the signing of the Japanese Instrument of Surrender, which effectively ended the war of Iwo Jima.

If you know of a veteran you'd like to honor, check out Dream Flights at www.dreamflights.com.